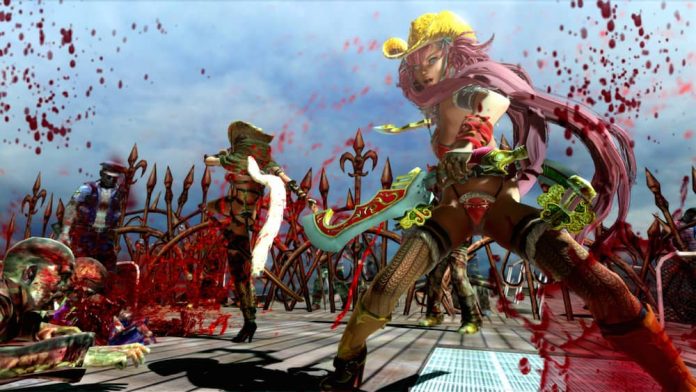 Featuring a cast of scantily clad girls, armed to the teeth with blades, chainsaws and knuckle dusters, Onechanbara Z2: Chaos gives you just one objective: beat the crap out of an entire army of the undead.

Zombies, werewolves, vampires, gargoyles; they’re all here, waiting for you to dispatch them with style, their corpses erupting in a cavalcade of blood as you land the final devastating blow. It’s all very silly, and mostly dumb, but it’s also heaps of mindless fun.

With its nonsensical story about two pairs of sisters from opposing vampire clans joining forces to defeat a mutual threat, it’s a good job the game is enjoyable to play, as the story really is nothing worth paying any attention to. Still, there’s a handful of amusing exchanges of dialogue between some of the characters along the way that are sure to raise an eyebrow, and really, who would expect a game that features bikini-clad, samurai sword-wielding zombie killers to have a deep and meaningful story anyway?

Onechanbara Z2: Chaos’ meat and potatoes is its action heavy gameplay that has you furiously hammering the attack buttons like a maniac to maim and kill with reckless abandon. It doesn’t have to be like that though; the game’s flashier and more damaging combos require you to time your button presses with razor-sharp precision instead. They require so much precision however, that these “Cool” combos are nearly impossible to perform at all, let alone consistently, although you can buy a ring that makes pulling them off just that bit easier once equipped. Combat is fluid and fast paced, and with the ability to switch between the four playable characters at will, it’s also quite varied, with each girl having their own unique range of attacks and weapons. Whether you have the skill to pull off the “Cool” combos or not, your combination of normal, strong, dash and sub attacks are more than enough to take on the horde of foes in your path, and when times do get tough, you’ll find that your ability to temporarily transform into an almighty beast as well as unleash devastating special attacks are more than enough to get the task done. In fact, your worst enemy won’t be any of the reanimated corpses in the game, but the camera and lock-on system, which are both somewhat unwieldy. Luckily they don’t detract too much from the action, but it does annoy when you take damage because your view is obscured, or the camera has locked on to an enemy you didn’t intend to.

Aside from the game’s campaign mode, there’s also a mission mode, containing more than 50 missions where you will be tasked with defeating the undead under various conditions. Completing these missions, as well as various milestones that you can keep track of in the quests menu, award you with customisation items that you can adorn the four playable characters with. Additionally, new weapons, moves and accessories can be purchased for the characters providing you have enough yellow orbs to do so, which are earned throughout both the campaign and mission modes by killing enemies with style. Besides allowing you to make your characters look unique, and increasing their movesets, these customisation features give the game some much needed depth and longevity – you certainly won’t unlock everything within one playthrough of the campaign, that’s for sure. What makes games like Onechanbara Z2: Chaos hard to rate, is that whilst it’s technically under par – with its marginally better than PS3 graphics, lacklustre audio design, wonky camera system and basic combat – it’s just oodles of fun to play. It’s like a cult-status B-movie: you know it’s bad but you just don’t care; a ray of light shines through that makes it stand out from the crowd. This certainly isn’t a game for everybody, but for those that want some mindless action, akin to a dumbed down Dynasty Warriors with lashings of gore, you can’t go far wrong with Onechanbara Z2: Chaos. It’s not big, it’s not clever, but it’s one hell of a riotous experience while it lasts. 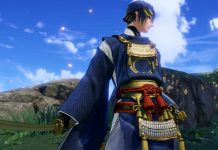