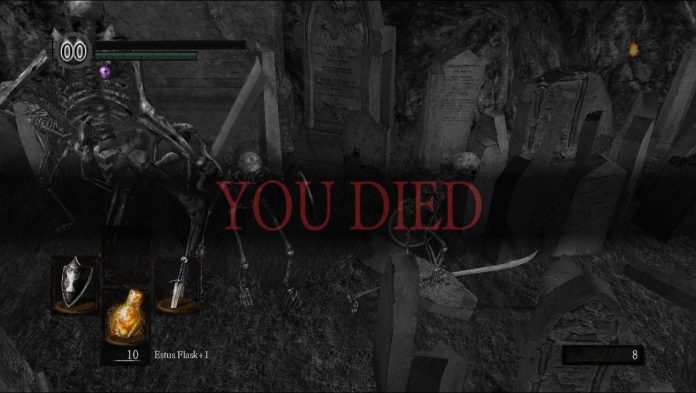 Wherever possible, I play games on Hard Mode.

For me, this trend began with Veteran Mode on Call of Duty 2 for Xbox 360 (late 2005), which was the only launch title I had, and so I wanted to make it last – a new gen, a new approach. Needless to say, the experience would change the way that I view the medium. After the thrills of playing Call of Duty 4: Modern Warfare (2007) to completion on Veteran, there was no going back…

10 years on, and these are my general rules: I will play most games on Very Hard if it seems inviting (i.e. without any altering gameplay gimmicks), Hard if this is the highest available, and I will only drop down to Normal if I have reason to suspect that it was truly designed as the default difficulty (or, as in some cases, were there no choice to be had on the first playthrough).

I am here to make the argument that everyone should carefully consider video game difficulty: as a player, push yourself out of that comfort zone; and as a developer, communicate the meaning and design intents of difficulty.

What are the rewards?

Your games will last longer, and you will feel a greater sense of accomplishment by playing on a harder difficulty. Modern games rely too much on storytelling in order to generate appeal, but there are only so many permutations a traditional narrative can run through, only so many plot-driven betrayals to be enacted, before the approach begins to feel stale.

From a mechanics standpoint, the fundamental way that you play will alter. If we take Call of Duty as an example, on easier difficulty levels, some may play the game running around gunning enemies, absorbing damage and occasionally ducking behind a wall when the screen is smeared with jam. This approach is akin to playing Halo and relying on shield recharge, which is narratively acceptable for space marines, but way out from suspending disbelief in a modern military shooter.

Believe it or not, Call of Duty is not a gung-ho action game, it’s actually a cover based first-person shooter. While recharging health is a concession given towards the player, the core tactics of playing on Veteran difficulty need to be altered in favour of avoiding enemy line of sight wherever possible, while retaliating fire at the right moment, and quickly ducking to avoid being hit by three shots from a hit-scan weapon – much more exhilarating as long as you have the patience to keep yourself alive. Given that you are reading this article, I am safe in saying that you practice the art of self-preservation every day in real life – so why is it different for video games?

While the stories of games such as Call of Duty can be interesting, I doubt people see it as the focus when making a purchase – exciting gameplay is what matters in this case.

Lessons for a Developer

From a design viewpoint, the awkwardness of video game difficulty lies in its use of simple descriptors – Easy, Medium, Hard, with “Very Hard” usually taking on an idiosyncratic moniker with many games displaying these conventions. The problem is, when selecting between these options, you don’t know what you are getting yourself in for, meaning that you may select a difficulty that is either too easy, and therefore boring, or too difficult, which is frustrating.

A player doesn’t know what to expect from their game until they have played it, and if a player decided to either restart the game at a different difficulty, or even simply alter the level in-game, while a valid solution, unfortunately, they will never be able to reclaim that sense of novelty, threat or engagement when replaying a set-piece for a second time, which works against the strength of a narrative-driven game. Game difficulty is important in order to feel just right, and create a sense of “Ludo-Narrative consonance”, or harmony, with the game’s level-by-level narrative and with the activities presented to the player – an example being that every Splinter Cell sequel has its own narrative arc, plot and characters, but the role presented to the player and acted upon is the narrative of the game itself.

Answering the questions using Dark Souls as an example

The reason that the Souls series, made up of Dark Souls, Demon’s Souls and Bloodborne,is being so highly praised for its difficulty is because, contrary to the commonplace “Easy, Medium or Hard” formula of other games mostly designed to cater towards a wide but fragmented audience, Dark Souls makes the questions above very easy to answer, even if it doesn’t overtly communicate them. For Dark Souls, there is no difficulty except that presented by its use of statistics and mechanics, in relation to player skill and/or patience to meet the challenge: if there was ever a name for such difficulty, it might come to be known as “tough, but fair”. I am not any such master of skill in video games; in fact I’m probably more like a Super Saiyan from Dragon Ball Z: I summon up the skill to meet a challenge, and then, upon completion, my skill wanes and returns to normal. I cannot keep up a constant level of high-skill, although I do retain a significant portion of it.

Having completed both the first Dark Souls and its sequel, with eyes set on Dark Souls III, my theory with these games is that, unlike the infamous E.T: The Extra Terrestrial Game (Atari, 1982) being nigh unbeatable, the awe-inspiring aspect of From Software’s work is in crafting difficult challenges that are eminently designed to be beatable for those who invest their time and effort. The Estus Flask (or similar health system) is rather generous – if asked to design a selectable “Hard Mode” for Dark Souls, a developer would probably limit the amount of Estus healing, and an”Extreme Mode” would almost remove it altogether.

[toggler title=”Ludo-Narrative examples”]The term “Ludo-Narrative dissonance” was coined as a way to describe the contrast between a game’s story, and what it asks of or allows the player to do: a typical example would be in a stealth game such as the Metal Gear Solid series, where in multiple games the story demands that the player’s character, a super spy, is captured and taken prisoner, regardless of how good the player is at sneaking. This transition from spy to prisoner is worked in as a cutscene, or at the climax of a set piece, in a way that is both narratively and mechanically unavoidable – the “Ludo-Narrative dissonance” is resolved by allowing the narrative to take over. [/toggler]

[toggler title=”Relation to difficulty”]If we take the Halo series as an example, I have read on a few occasions that “Heroic Difficulty” is considered the most reflective of the story to the Halo universe; a statement I would probably agree with. I would assume the developers mean that, if Halo were turned into a movie, its screenplay and visual presentation would try to emulate the timings, the relative scale of weapon damage in relation to shields etc., or even the core emotional feeling and sense of threat felt from playing on Heroic: not too easy (since, if such a movie, then it would be boring), and not too difficult (as in Legendary difficulty, since this level of difficulty, while very tense and engaging for the player, doesn’t facilitate the the play-style of a “Bad-Ass Master Chief” that the theme of the story, or any hypothetical movie, would otherwise demand). Games that are “too hard”: Doom –  Nightmare Mode

I have recently been playing the original Doom, and it has five separate difficulties; I chose the fourth , because the hardest difficultly, Nightmare, was written in specific “heavy-metal italics” font, and its description was “Not remotely fair”, which is very true. I was deterred from selecting Nightmare, and for good reason. On Nightmare, enemies re-spawn quickly upon death, ad-infinitum, so the game is no-longer about killing demons, because in doing so, the player would be lending themselves towards Kafka-esque futility – there is no reason to kill the demons unless they are an immediate obstacle.

Doom does not specifically reward the player for completing the level, because its level-by-level design is actually about getting to the end of the level; Nightmare pushes this concept to the logical extreme, to the point where it could be considered an entirely different sub-mode or a speed-run concept, because the only reward on Nightmare is to get to the end of the level, since clearing the level of enemies is no longer an effective strategy.

Needless to say, in terms of communicating difficulty level, this simple way that Doom implements is quite effective, if a bit minimalist: it communicated to me the mindset of the designer, because they designed a difficulty level that was indeed “not remotely fair”. Some games, for better or for worse, would have locked this extra-hard mode behind a requirement of completing the game once. I still believe that there could have been a better way for Doom to describe its difficulty levels; a simple solution would be to include an extra “patch notes” style tab with full descriptions on difficulty modifiers.

There would be very little to stop a developer from including at least a comprehensive list of non-secret difficulty changes per level, since it most have already been written out by design documentation and in code. As you can probably tell, video game difficulty is a subject that I am fascinated with, because on a very basic level, video games, apart from being about manipulating the behaviour of objects on screen, have a long history involving winning, losing and completion.

While I am not a believer in “pure mechanics” games (since this is usually a by-word for abstract aesthetic), I would ask any developers to be mindful of how their story should serve their game, not visa-versa, and how one of the video game medium’s fundamental strengths involves the idea of allowing the player to play the role of the character in a story, meaning that any action set piece should feel like an interactive movie, and in order to emulate any good actor or stuntman, the gameplay and difficulty level has to serve as the stuntman for the player: it should set up situations difficult enough to be interesting, and to make the interesting appear to be effortless in the hands of the competent.

Game developers: use tutorial sections as crash courses in skill for the player to train, in order to immerse the player into the world you have built, rather than simply another directional-walking or button-pressing exercise, or else people will find themselves compelled to watch YouTube videos for the expert tips, in which case they might as well be watching a movie – a topic for another time.