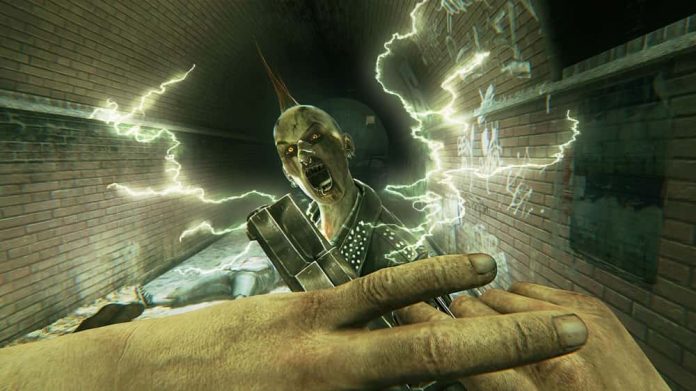 As a launch title for the ill-fated WiiU, ZombiU was a pleasant surprise. Combining first person action adventure with strong survival horror elements, it was a solid game that made great use of the WiiU’s unique features and also a bold release for a platform holder known for its family-orientated titles.

Unfortunately, like the console it was released on, sales underperformed, and as a result the planned sequel was canned. Ubisoft seem to be keen to give the original title another chance though, having now ported the title to PlayStation 4, Xbox One and PC, albeit minus its “U” as well as its online and multiplayer features. Whether or not this is enough to give Zombi legs to spawn a series remains to be discovered, but either way, this is a solid port that enables this under-appreciated title to reach a larger audience.

Stuck in London after a zombie outbreak, Zombi has you working with the mysterious “Prepper”, an ex-soldier that was once a member of the “Ravens of Dee”. Created to research the predictions of Richard Dee, a man that prophesised the apocalyptic event some 400 years ago, The Ravens of Dee believe the “Black Angels” will save the world. But whilst the Ravens of Dee believe they are the Black Angels, the Prepper thinks otherwise, and is worried that it is in fact something far more sinister. Along the way you’ll encounter some other survivors in the city too, and so you must question where your loyalty lays as you strive to survive in the shadow of what London once was.

Operating from a central hub, your time spent with the game will see you traversing London, looking for items, defeating zombies and generally dealing with any tasks asked of you by the various survivors that you meet. With its feet placed more in the action-adventure category rather than survival horror, you’ll be actively engaging zombies in combat rather than sneaking by them or running away from them. With this in mind, it’s a bit of a shame that the combat system is rather basic. Most of the zombies you encounter will be dealt with by your trusty cricket bat, the default melee weapon that gets the job done… eventually. New to this port however, are two additional melee weapons in the form of a shovel and a baseball bat with added nails. These offer a bit of variety to the combat, with the shovel offering improved reach and the baseball bat sporting an increased critical hit chance, but like the cricket bat they are let down by the fact you only have one measly attack. Whilst the melee combat is vaguely similar to that seen in the horror gem Condemned, it lacks that game’s sense of impact and grisly detail, and in this day and age its limited nature just does not cut the mustard.

When you want to tackle the undead from a distance, you’ll find that there are a fair amount of firearms on offer, including pistols, rifles, shotguns, and a crossbow. The usual pitfalls of firearms in horror games persist here though: ammunition is scarce, and some of the louder guns attract zombies, which can lead to some hair-raising situations. Nicely though, most of the firearms can be enhanced by collecting upgrades, enabling you to reduce reload time, boost ammo capacity and increase stopping power. Additionally you can also make use of grenades and Molotov cocktails, which are highly destructive. With limited storage space, you have to optimise your inventory when at the central hub in order to ensure that you have enough weapons, ammo and restorative items to complete the task at hand whilst also leaving enough room to pick up some new supplies on the way. The trouble is that for some unknown reason, you’re unable to remove the cricket bat and handgun that you start with from your inventory, even when you’ve found superior equipment. Combined with the fact that grenades and molotovs also require their own space for each one you carry, as well as ammunition for each weapon, you’ll soon find that the inventory becomes a chore as you have to juggle items around and leave valuable resources on the ground. Granted, you can get a small backpack upgrade and there’s a container back at the hub for you to store some items, but they never really alleviate the problem.

The scant inventory space could be a blessing for some players however, given Zombi’s unique death system. Dying by the hands of a zombie sees your lifeless corpse becoming one of the undead; complete with your backpack of goodies on their back. With you taking control of a new character back at the hub, you’ll have to locate and kill your last character’s zombie if you wish to retrieve your items, but be warned: dying again before you retrieve them will see them lost forever. Luckily, the game’s shortcut system means you never have to travel too far should you have located the required manhole cover in each area. Priced at £14.99 on all formats, Zombi isn’t a bad game, but it’s also not a great one. The graphics are adequate, the music is nice, and there’s a nice range of environments, but the gameplay just becomes a little repetitive as you progress further into the game. It also doesn’t help that the inventory system is rather tiresome. In 2012, on the WiiU, ZombiU offered something unique. But in 2015, as Zombi, on more powerful consoles, it’s apparent that the years haven’t been too kind. Compared to something like Dying Light, Zombi pales into insignificance, but if you’ve already beaten that title and are after more zombie slaying horror, then it’s certainly worth a try.

Zombi is available on PlayStation 4, Xbox One and PC. We reviewed the PC version.