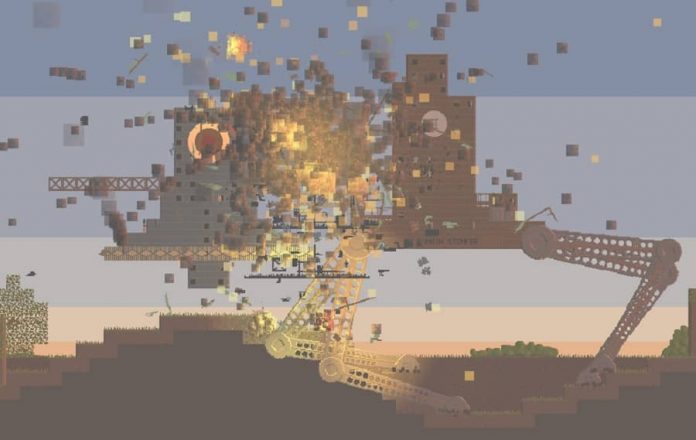 As war rages throughout your homelands, you must engineer the greatest mechanical wonders the world has ever seen! David Stark’s Airships: Conquer the Skies takes place in a pixellated steampunk world ripe for conquering, in which you lead an army operating magnificent vehicles that you’ve built yourself.

Dominating the landscape is the aim of the game in Airships, and what’s better than doing so with an array of Steampunk airships and tanks of your own design? Before taking to the skies and subsequently conquering them, players must build an array of assault vehicles. There’s the option to start from scratch and construct some sort of misguided behemoth or you can build onto, or personalise, a selection of preset designs.

The great thing about Airships is that the customisation is so vast and free that you are most likely capable of building whatever you care to imagine. Whether or not players start from scratch, they have access to a full list of separately functioning modules that click together; it’s like playing with Lego all over again. These modules consist of a whole armoury of weaponry, a selection of resource caches, barracks and bunk-rooms for your crew, the list goes on. The customisation, however, doesn’t end there: a variety of armours, paints and decorations are available to doll up your death-machines, ready to conquer… in style. Of course, there are limits: you will have to stick to a budget to begin with (that is, until you own most of the land and its revenue) and you really have to watch the weight and lift statistics. If your weight surpasses your lift, that airship isn’t going anywhere but south. Not south… down. It’s a figure of speech, hush. 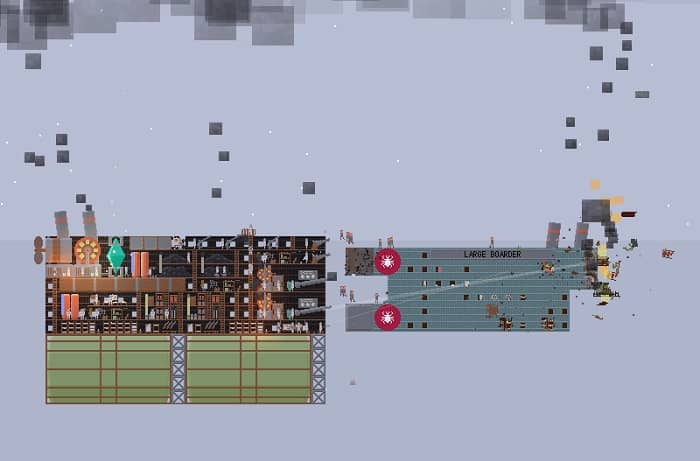 Much like Sid Meier’s Civilization games, Airships randomly generates a world map populated by several factions with the aim to ultimately conquer the lands, as well as the skies, by capturing each section of the map. Battles take place on a 2D field set around your base or an opposing base (bases, by the way, are just as customisable as the vehicles) with the player in command of their units. A set of commands are available for each individual unit across a toolbar at the bottom of the screen, giving players control of what their ships concentrate on (shooting, repairing, etc.), what they shoot at, where they go and so on. At the moment, there doesn’t seem to be much of a strategic side to the game – it seems  gameplay is very much about charging in and shooting until you run dry. As such, the outcome of each battle seems almost random, and skill doesn’t really factor into the equation.

The game is in Early Access as I write this review so I’ve come upon a couple of troubles. Firstly, the multiplayer is a little shaky; it’s somewhat rare to manage an entire online game without at least one player either crashing or diverging from the other, but that’s to be expected at this stage in development. There have been a few shaky moments within the vehicle creator, nothing game breaking however, a quick restart fixes everything. 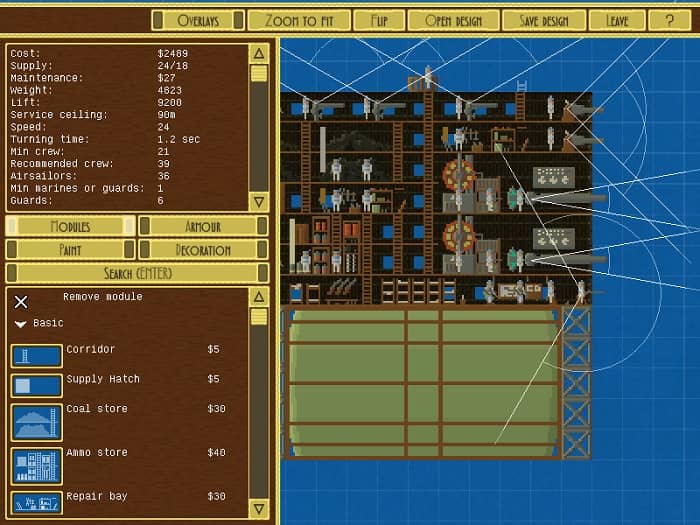 It’s surprisingly fun to watch a bunch of tiny people run about airships, keeping things afloat to the sounds of battle and an epic fantasy soundtrack, which, surprisingly, isn’t as repetitive as a lot of other soundtracks indie games tend to use. There are separate and rather long tracks for each screen, so whether you’re building or battling to the death, there’s a track for everyone. Another detail that adds to the game a surprising amount is the ability to customise your coat of arms. You can use your coat of arms to decorate your units, but you can also register your coat of arms to the Airships community and it will then become the symbol that represents your faction. All coats of arms are unique and cannot be duplicated. Also, depending on the symbol that’s used in the coat of arms, bonuses will be given (though, not all symbols have a dedicated bonus as of yet).

I’d say David Stark’s got a good thing going. Airships has the potential to grow exponentially, both community-wise and mechanic-wise. So, go forth and buy yourself a copy now, submit your preferred coat of arms before they’re all taken and conquer those skies.

Airships: Conquer the Skies is available on PC. 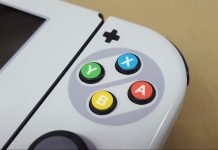 This SNES-Themed Switch is So Perfect I Might Cry 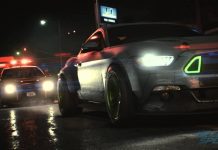