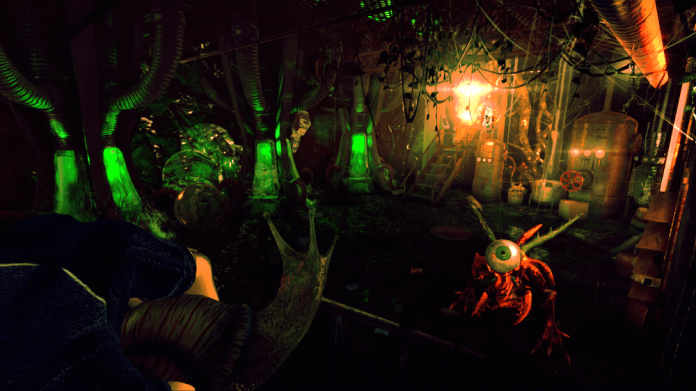 Albedo: Eyes From Outer Space is a strange mix of action, adventure and puzzle solving all rolled into one alien invasion. In this 60’s sci-fi pulp movie-inspired game you must use the beautiful, dystopian environment to find a way further into the depths and secrets of the space base.

John T. Longy, night-watchman at the secret base and ex-research facility, seeks to discover the source of the aliens, why they’ve invaded and what has happened to his colleagues whilst trying to survive and find an exit from the facility… Basically, he has a lot of motives to keep moving. However, plot doesn’t really play much of a part in this game. It’s all about the puzzles, and there is no air of mystery, nothing exciting about the stereotypical aliens-invading-Earth story. John doesn’t even seem bothered by the fact he finds his dismembered colleague on the floor. He just thinks, “oh damn, where’s his hand got to? I could’ve used that to open the door…”

In fact, I wouldn’t even know his name was John unless I’d read the game’s description. There is no character development whatsoever. That shouldn’t really matter in a prominently puzzle-driven game, but towards the end of Albedo, they suddenly thrust a lot of mediocre plot at you.

The only thing I gained from spending time as John T. Longy was an intense dislike for his attitude. His voice is irritating, but often a clue to solving the puzzles. In order to progress to the next room, you must pick up objects around you and try using them with different items. For instance, you could select the shears and cut some pesky vines. Simple enough, right? Well, some of the combinations you’d expect to work, John will refuse to do. A rusty nail? Surely my hammer can get that out! “Impossible,” John comments grumpily, and refuses to do it. “It’s pointless,” he says, implying you’re an idiot for even suggesting the idea. 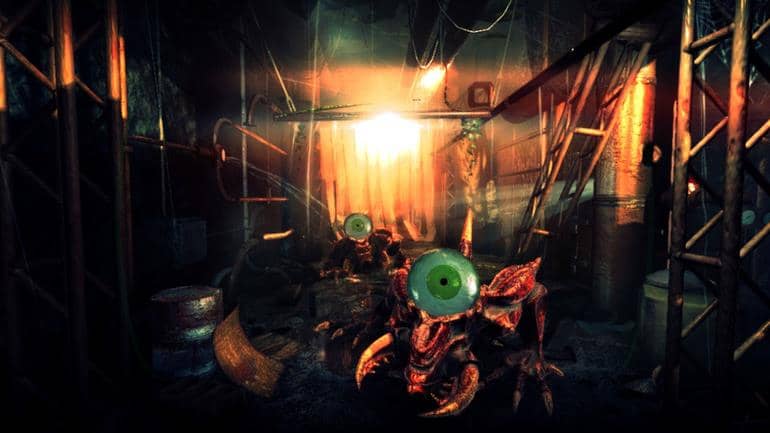 Sometimes when using objects you are taken into a minigame such as lockpicking or climb up the teeth of an alien whilst resting your arms a lot or risk dying (that one was the worst). These are absolutely awful, not at all fun and not as easy as they sound. You are given next to no instructions, and often mine glitched so I couldn’t even select a tool to use. I had to verify the cache at one point to progress any further, as it had found “one bad file.”

The controls are very straightforward. You use only your mouse to play this game; right click to open your inventory, left click to use an action and the scroll wheel to highlight usable objects/scroll through your inventory. During these minigames, these controls differ slightly, only you aren’t told how.

The puzzles themselves are difficult. They are very clever, but perhaps a bit too clever. You never know which objects are needed or which combination of objects will work together in order to reach the next room. More often than not I found myself seeking the answers on YouTube, as it became frustrating and too complicated to do by myself. However, when I did manage to solve the puzzles unaided I felt a great sense of accomplishment. 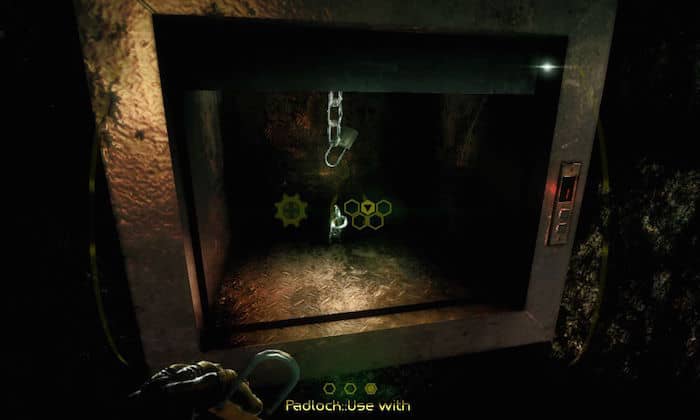 Despite all of its problems, Albedo is still, for the most part, enjoyable and fun to play. It has a decent save system, so returning to the game isn’t a frustrating process. The puzzles make you think and are quite addictive. It’s a shame they decided to include the minigames and action commands, as I think they ruin it slightly. The enemies weren’t overly interesting or intimidating either.

The amount of detail in the world is fantastic. It is filled with rusted drainpipes and broken machinery and shiny new lifeforms. You can appreciate the amount of work that has gone into building a realistic, abandoned building filled with tentacles and the like. However, sometimes moving the camera to survey your surroundings hurts your eyes and the scenery blurs. This doesn’t help when you’re in the middle of a timed minigame.

In regards to audio, the developers went perhaps a little too realistic. The beeping of machines and static get increasingly annoying, particularly if you’re stuck on a puzzle (which you will be). The squelching and scuttling noises of the aliens are great, as well as the sounds associated with every single object. From the opening of a bottle to the throwing of a brick, it’s obvious a lot of thought has gone into the audio. 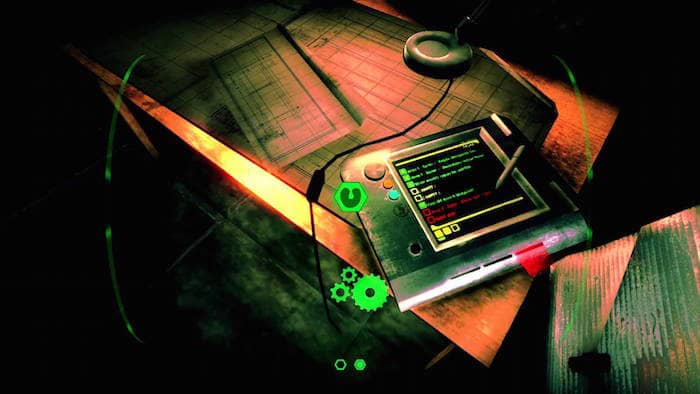 Overall, Albedo is full of potential, but would be a much better game if it had a simpler storyline (such as just escaping the secret base) and without the horrible minigames. Stripped back to just an adventure and puzzle solving game, it is much more enjoyable. There also needs to be a clearer idea of what you’re meant to be doing, because half the time you’re stood there trying to thrust your screwdriver into everything, hoping somehow that that will be the answer.

Albedo: Eyes From Outer Space is available on PC.