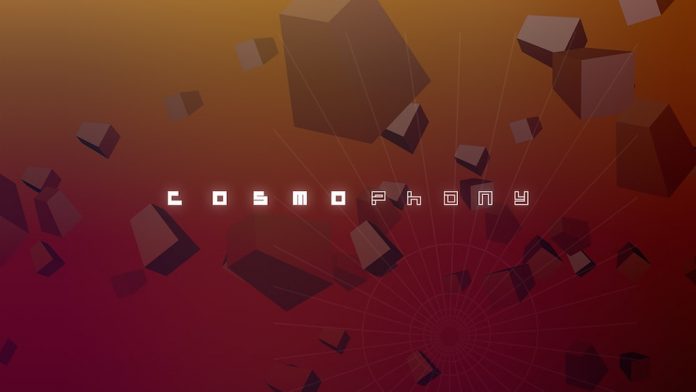 “Woah, woah, woah, let me get this straight: A ‘musical shooter’? What on earth…?”

You heard correctly! You dodge obstacles and blast enemies that are in tune (i.e. created) by the levels indie drum ‘n’ bass soundtrack (the entire OST is also thrown in). Cosmophony is a musical shooter. Who’d have thunk it?

So what exactly do you do in a musical shooter? Well, this isn’t going to be a rival for Battlefield or CoD for its hyper-realistic weapon modelling and sound effects, nor is it going to make orchestral game soundtracks start sharpening their daggers. There’s no real-world-lighting-effects-sky-box either. There’s no sky-box at all. What you do get though, is some fantastic indie drum ‘n’ bass tunes that gradually increase in tempo, altering how the level evolves before your eyes. The various obstacles and enemies (okay, they’re just triangles) spawn in with the beats, with the background pulsating in a similar fashion to a bass speaker. Oh, and it’s very, very colourful. 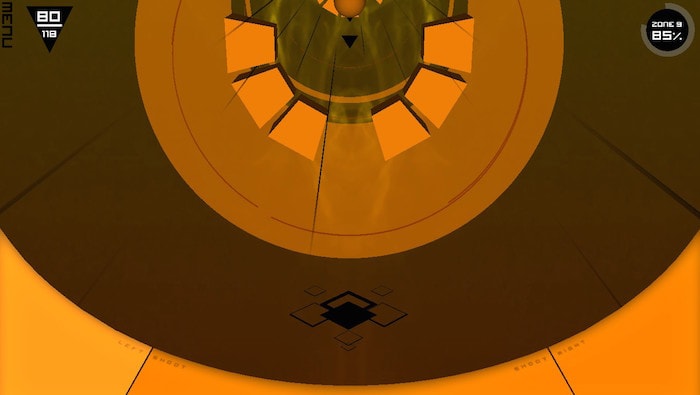 It might sound like a bit of a child’s game, but Cosmophony doesn’t have “easy” in its vocabulary. There are no save points within the levels and no spawns either. Even if you’re on 99% completion and die, you have to restart at the very beginning. Unless you die in rapid succession, then the game offers you an easier version of the level (in grey) where you respawn near where you died. This happens until you finish the level, but do you feel like you’re cheating a bit. Everything in the level insta-kills you and although you can shoot, it only works against the ominous triangles that are keen to reduce you to a pretty explosion of black pixels. You will die. Quite a few times. But it’s never unfairly. There are no “surprise spawns” that will blindside you. You can see everything that’s coming and have time to react. However, even on the first level, your reaction time will have to be fast, which is where the soundtrack comes into play.

Drum n bass is naturally fast music. I’m not going to go into differentiating between the different sub-grenes because a) life’s too short and b) there’s a word limit, but strictly speaking it’s typically between 150–180 beats per minute with prominent bass and sub-bass lines. It’s quite an unusual choice for video games, because of the speed. Think about all the tense moments you’ve experienced in a game, and most of the music in the background will be slow, orchestral that will build in tempo and volume. Obviously there are exceptions, but you get the point. So with fast music, you want a fast game. And boy, you get a fast game. Something that requires simple movements (left/right, shoot) but in a constant stream, so you have to stay focused. Then, make the music integral to the level design, with each one quicker and more complex than the previous. That’s how you get Cosmophony and it’s good. 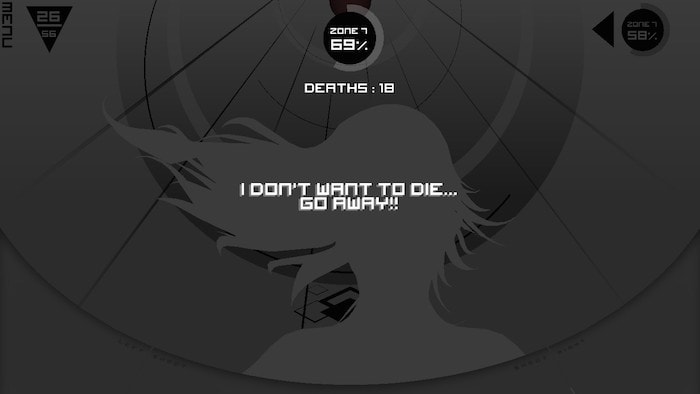 It’s worth mentioning that this is a short game – there are only five levels with one song each. Each level is as unique as the song that creates it, and they get noticeably harder right off the bat. Imagine learning to ride a bike with the next progression being hopping aboard a 1000cc Superbike in the Grand Prix with a furious Tiger strapped to your back. It’s insane yet it’s addictive because of it. The level design doesn’t evolve past “dodge this, shoot that” but the time you have to dodge shrinks before your eyes whilst what you need to dodge increases. Targets to shoot will block your path but your weapon has limited range and fires only as fast as your finger moves. Which – before you scorn and declare “that sounds easy!” – won’t be fast enough at least once per level. You can dodge them, but you need to destroy all to 100% the level, and doing so will make you grit your teeth because the margin for success becomes slimmer and slimmer, but all the more rewarding. You’ll die plenty of times, but it’s not the game’s fault: it’s yours. You can argue that the game simply is “too hard” for the casual gamer, and I can completely understand that and sympathise. Its difficulty isn’t suited for everyone, but despite the countless deaths and “COME ON!” moments, it never made me angry. Frustrated, yes, but that was with myself for not being quick enough.

The shortness may turn away some potential players, as will the styling. A few more levels wouldn’t have gone amiss, but it is only £4. If you’re a die-hard for realistic graphics and more game hours than days in a year, then this isn’t the game for you. It can be unforgiving at times, but it’s never the fault of the game – it doesn’t set out to trip you up; you only do so because you weren’t paying attention. The levels never just throw you in with 160bpm, there’s always a build up of between 15-30 seconds that allows you to get into the beat of the music. I will admit this does get a bit repetitive once you get used to a level, as you become psyched for the harder stage towards the finale, but you have to do the slow start in order to progress. However, this does mean that if you come back to the level, you do get back into the rhythm of it regardless of how long it has been or how many attempts you’ve made. 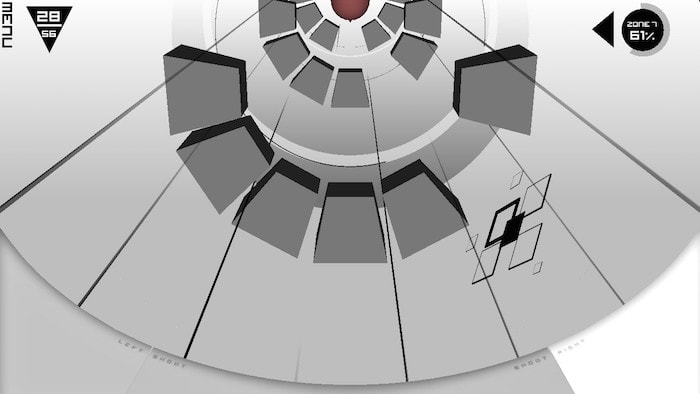 Overall, if you’re into rhythm games, runner games, 2D games, drum n bass, psychedelic colours or even just punishing your reflexes, then this is worth your time. You’ll get annoyed with it because you aren’t fast enough, but just up the volume and you’ll get through. Once you get into the groove, it becomes fantastically fun and the replay is there purely for the speed and completion freaks. Like your fast games? Buy it. Like cheap games? Buy it. Want something new? Buy it. Really like fast games? Buy it! And scream if you want to go faster.

Cosmophony is available on PC.