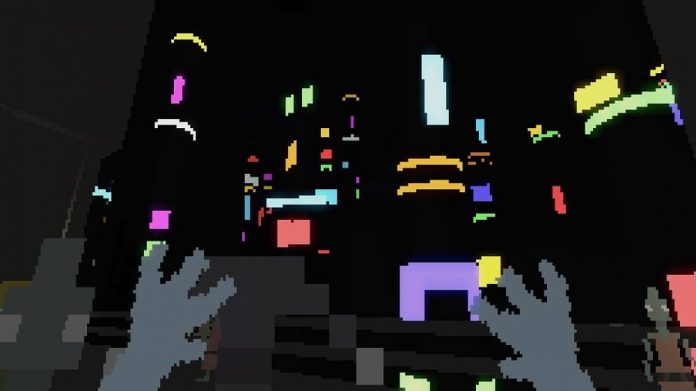 I sidled past the alien urinating in the street and entered the club.

That’s not a sentence I imagined I’d be saying today, but thanks to Bernband, a free indie game on GameJolt, here I am. You’re an alien who’s found himself in the equally extra-terrestrial city of “pff”. You’re given absolutely no sense of what to do and where to go, and there certainly aren’t any objectives to complete. Rather, it’s up to you to go ahead and explore the city.

The graphics are deliberately pixelated and by going in this direction, it’s incredibly unique. 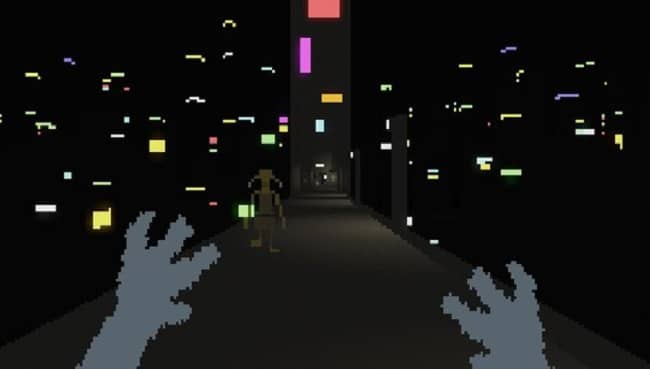 You’ll find yourself pattering around the city with your wobbly arms, without realising how much time you’ve put into it. I found that as soon as I loaded into the game I was so mystified that I had to go and see what I had let myself into.

I remember pattering my way into an eerily quiet underground car park before deciding to turn right, and by chance I happened to stumble into a bunch of aliens who were hosting a hip-hop party in a little room in the corner.

Another time I found myself on a passageway that led me under and above flying cars that whooshed and whizzed around me. Even the little moments shine in Bernband, as I remember wandering past an elderly alien who was merely enjoying the company of a fish in a tank, before taking a moment to join him in his solitude. 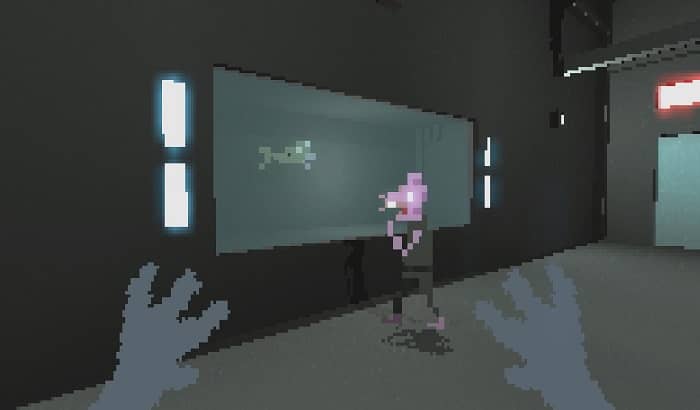 The art style makes the game unique, because it creates a sense of beautiful simplicity. I found myself hypnotised by the neon glow of clubs and the city lights that bordered the darkness. It’s a mesmerising experience as you move from place to place whilst aliens move around you, going about their business. You honestly don’t know what you’ll bump into, and it’s this sense of discovery that pulls you into the game world.

Above all, I feel the audio cements Bernband as an awe-inspiring experience. It could’ve easily been released with stereotypical 8-bit “alien-esque” music. However, the game relies on the most basic audio to suck you into the city of “pff”. The whirr of air vents, the whoosh of hover-cars, the pounding music leaking from a club, the echo of a TV in the distance and even the sound of a trumpet introduce you to new environments, inspiring excitement or a sense of unease. All of these noises tie the game world together, making it a coherent, vibrant city that lives and breathes as you make your way around it. 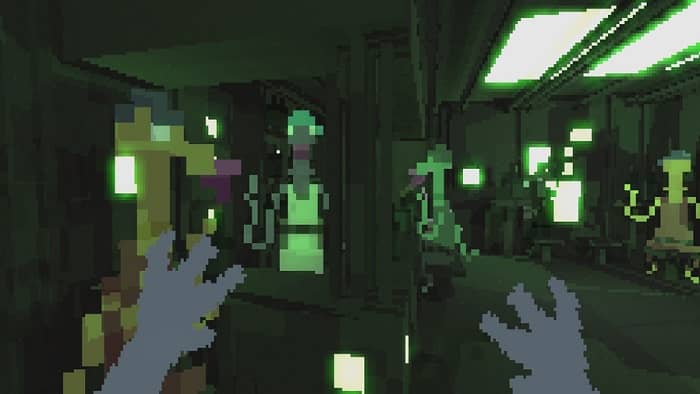 Bernband is a game that doesn’t follow traditional guidelines and quite frankly doesn’t care. It’s lovingly crafted and simply spellbinding, imploring you to take a moment from your busy – or not so busy – schedule and wander the streets of a city far far away.

Bernband is developed by Tom van den Boogaart and can be downloaded free from GameJolt.