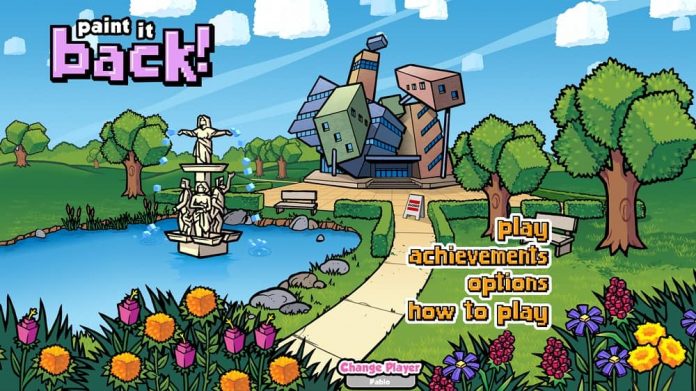 If logic picture puzzles aren’t your thing, you may as well hit “back” on your browser right now, because Paint It Back isn’t for you. If you are, however, a fan of Japanese “hanjie” puzzles, then you’ll be sure to find Paint It Back a delightful little package to kill a bit of boredom with.

Luckily, I’m a bit of a sucker for Japanese picture puzzles – you may be familiar with calling them “picross”, “hanjie”, nonograms” or even “paint by numbers” – so I jumped at the chance to give Paint It Back a go. It’s a very simple little game with a pleasant set up – and even a bit of a story. There’s been a terrible incident at an art gallery and all of the pictures have been stolen by a ghost! Oh no! Not to worry though; you’re here to save the day, and using your epic puzzle-solving skills you’re going to repaint each and every one of those pictures. Oh yes you are.

If you’re unfamiliar with hanjie, it’s a type of logic puzzle, that when completed, forms a picture. You’re given a grid with a series of numbers running down either axis. The numbers represent how many squares of that row or column need to be coloured in. They’re so popular (or at least they used to be) that even Mario’s had his own slice of the action in “Mario Picross” on the good old Game Boy. 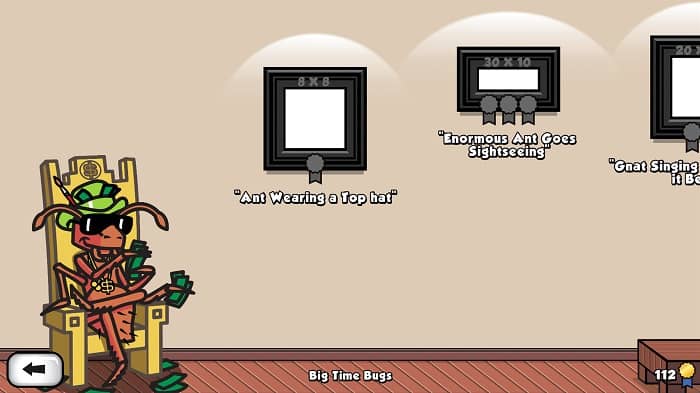 Paint it Back is split up into several “galleries”, each with a set of puzzles fitting into a particular theme. The first gallery serves as a tutorial. If you’ve never solved a hanjie before you’ll find it useful, but if you’re familiar with them, it starts out very tedious. Luckily, you can skip the actual tutorial text, but for the first couple of galleries, the puzzles are ridiculously easy. I almost gave up after about 20 minutes, declaring it a “stupid game for little kids”, but I’m glad I stuck with it. After bearing with the mind-numbingly easy puzzles, you’re soon given a choice of difficulty to play; the “advanced” puzzles being much bigger and complex grids that you can really get your teeth into.

Despite the finished pictures being in colour, all of the puzzles are black and white, which is a shame. Until you unlock the larger grids, it means that your finished puzzle looks nothing like the image its meant to be and it’s somewhat off-putting. For an even harder challenge it would be good to be given the option to complete colour puzzles. A sea of black and white quickly gets uninspiring, but the game at least gives you a colour representation of what you’re creating as you’re going along. 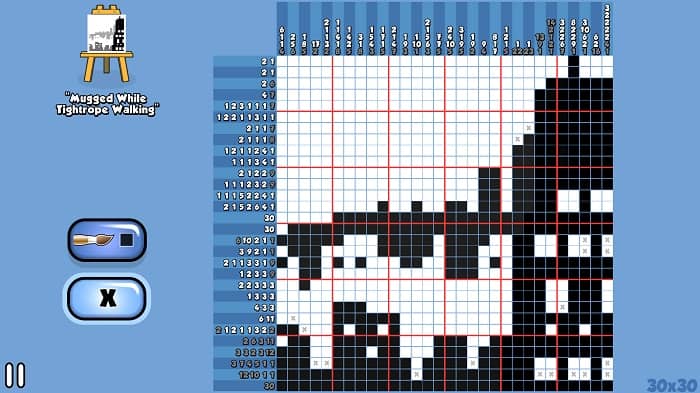 There are plenty of puzzles to play through – 150 altogether, most with two or three difficulties to choose – so there’s a good 15 to 20 hours’ worth of gameplay (likely more, depending how good you are at solving the puzzles). The overall presentation is easy on the eye – the colour scheme is nice and bright with quirky animations, and the menu is easy to navigate your way around.

The target audience of Paint it Back is undoubtedly quite narrow – if you’ve never done a hanjie/picross/griddler/pic-a-pix/pixel puzzle (yes, there are even more names for them) nor ever had any interest in them, you’re unlikely to find anything worth playing here. But if you’re a fan of the puzzle, then Paint it Back‘s twee presentation is likely to delight, and the plethora of puzzles will give you plenty to do on a rainy day.

Paint it Back is available on PC. 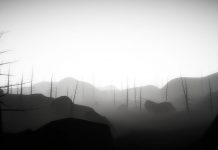