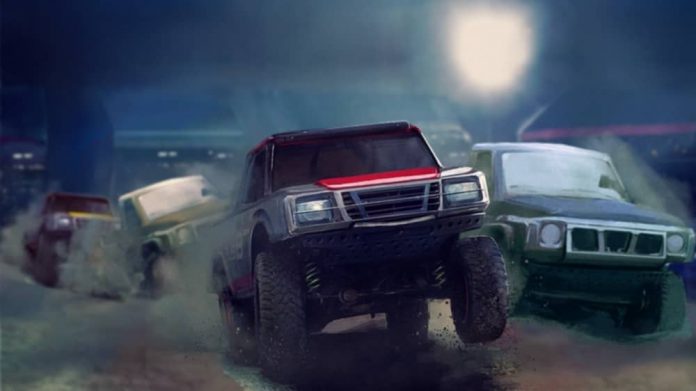 Frustrating is the key word when it comes to Rock ‘N Racing Off Road DX.

For the first hour or so the game is quite enjoyable – the gentle starting pace and basic nature of the initial tracks available hides a multitude of underlying problems. Once you’ve reached its third or fourth championship however, you’ll be tearing your hair out as the game unveils its true horrors and becomes nothing more than a frustrating, infuriating mess.

A top-down racer, Rock ‘N Racing Off Road started out life on the WiiU in February before being superseded by this DX version that was released in September. In an attempt to reach a wider audience, its developer EnjoyUp has seen fit to also port it to the PS4 and Xbox One. Unfortunately, whilst more content has been added, the problems that plagued the original remain – poor handling, abysmal AI and a woeful combination of track design and physics.

When you first start the game you have a paltry one vehicle and four tracks to race on across three modes: Championship, Time Trial and Multiplayer. To unlock faster, more interesting vehicles and a wider range of tracks you have to complete Cup events in championship mode that, as you’d expect, get ever more difficult as you progress. There are five Cup events in total, each themed around a continent, although this doesn’t really have any bearing on the tracks included within them – they all look pretty much the same and many of them share the same layout but have different ridges and undulations. 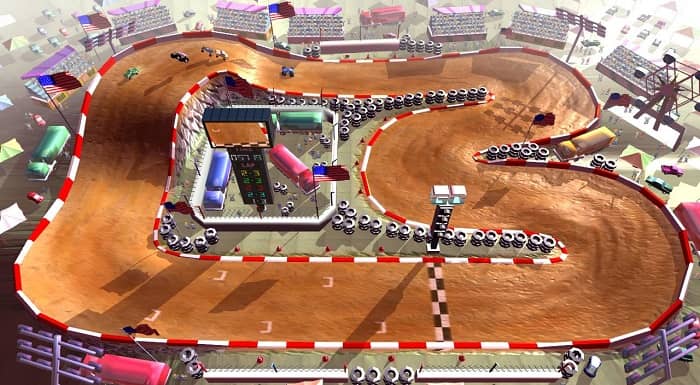 With each completion of a Cup comes the reward of unlocking a new Cup, along with the vehicle and four tracks associated with it, until you’ve unlocked the full quota of five vehicles and 20 tracks. That’s hardly a lot of content, yet, to be honest, I imagine only a very small percentage of players will ever unlock them all. Between the handling of the vehicles being somewhat troublesome and track design that makes the game’s physics an unpredictable hurdle, you also have to contend with moronic AI that is consistently erratic, and because of this progression through Cups three to five becomes a tedious chore filled with trial and error and despair. Your competitors either speed off in front, or crash and get stuck on inexplicable bits of scenery, adding to your obstacles on subsequent laps; and when one simple mistake can mean the difference between a podium finish and a DNF thanks to similarly getting stuck or wiped out by another racer or the troublesome physics, it quickly becomes an unenjoyable experience.

When you take the computer-controlled racers out of the equation with their horrendous AI, the Time Trial and Multiplayer modes do actually offer a modicum of fun. Obviously the handling and physics are still an issue, but you can learn to accommodate and tolerate them much more easily when there’s less mayhem on the track. It should be noted however, that the multiplayer is local only, so you’ll need a number of pads and friends close by if you want to try it out. 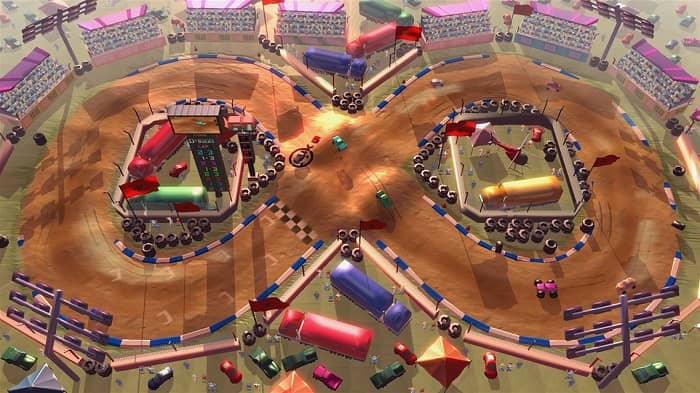 As a port of a WiiU game, it’s unsurprisingly dire with regards to its visuals. The vehicles, tracks and scenery are all very basic, but it does run very smoothly. A nice touch however, is that each track can be played at various times of day, with some simple yet charming lighting on display during races at night. Meanwhile, the game’s music is inoffensively generic, but the commentator that constantly repeats the same dreadfully delivered lines of dialogue whilst you’re racing quickly grates.

Considering everything, it’s hard to recommend Rock ‘N Racing Off Road DX. You’d need the patience of a Saint, the tenacity of a door-to-door salesman, or the skills of a Shaolin Monk to truly gleam any enjoyment out of its Championship mode where the heart of the game lies. It’s a shame too, as at its core, I do believe there’s a basis for a competent game if only the controls were tighter and the AI and physics more forgiving. Unfortunately they’re not, and whilst the Time Trial and Multiplayer modes can be limited fun, I can only recommend that you give Rock ‘N Racing Off Road DX a big miss.

Rock ‘N’ Racing Off Road DX is available on Xbox One and WiiU. We reviewed the Xbox One version.