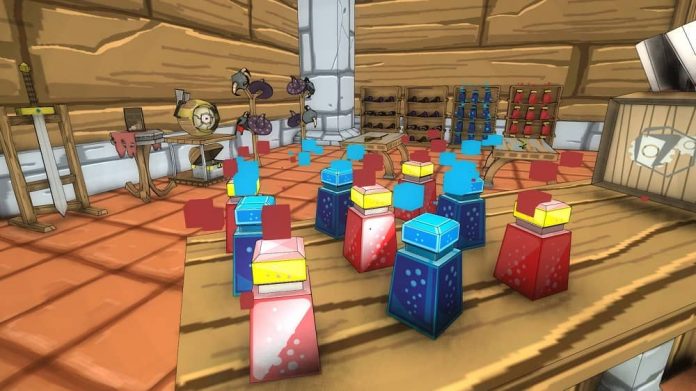 Have you ever wandered into a store in Skyrim or your other preferred RPG and just thought, “I do wonder how the store owner runs such a tight ship – just where does he get his produce from? How does he make a profit?” Well, my friends, we finally have our answer.

Developed by Arvydas Žemaitis, Shoppe Keep lets you experience an RPG-esque setting through the eyes of a humble shop keeper, as the title probably implies. Armed with your trusty broom and keen haggling skills, you’re in control of your own fantasy supply store. From health potions to gold plated shields, you alone must gear up all adventurers, young and old, of little and of legendary renown.

Off the bat, you are given a petty budget and small store. From here you must work your way up from a couple of potions on pedestals to complete armouries spanning across hundreds of shelves and racks. As any other vendor would, you have to order in your stock and sell it off at a higher price to make a profit in order to pay off any tax and order more stock. Now, half of you will think this sounds like an utterly boring waste of time, and the other half are probably already on your way to buy the Early Access build. Being that Shoppe Keep is a simulator set in a fantasy realm, of course there’ll be something of a restricted audience, however it’s rather fun regardless of your usual chosen game genre. 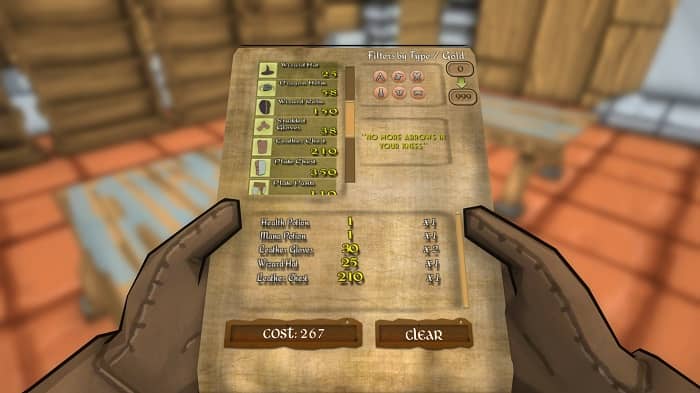 Once the shop has been opened at dawn, customers will begin to wander in and have a look at what’s in stock. While some are willing to pay higher prices for quality products, others can be somewhat stingy. You’ll meet some rather unpleasant fellows who wander in, trailing filth all over your pristine floor just to toss your merchandise all over the place, calling you a “peasant” even though they’re the ones who can’t fork over a couple of gold for some reasonably priced potions. The nerve.

As the game is currently in Early Access, there’s one mode available – free mode – in which you buy stock, sell the stock for a profit, buy more stock, upgrade yourself and your shop and repeat.  There was a “Scenario Mode” before I had access to the game though, and as far as I can tell, that’s been completely removed (at least until release).

While you work through each day, you earn XP and can purchase upgrades for yourself and your store, including discounts when purchasing more stock and traps for anyone who dares steal from your store. You can also buy upgrades for your broom, your sword and your delivery chest through the main menu using a portion of gold set aside for yourself over the course of the game. 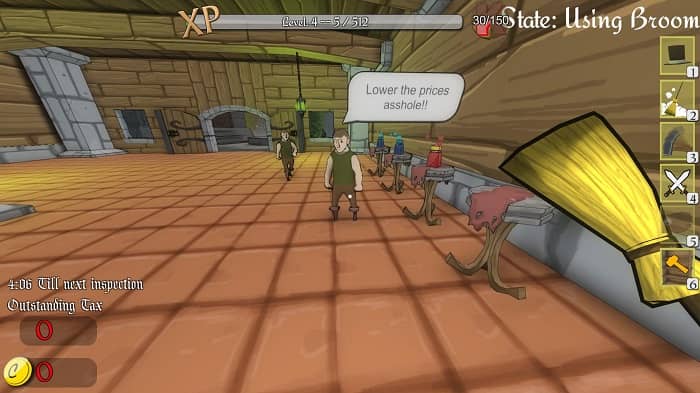 You may be asking now, “what could a shop keeper possibly be doing with a sword?” Well, along with generally rude customers, you’ll encounter the odd thief and/or barbarian who will go out of their way to take your honest goods by force. The city guards aren’t going to step in to deal with a case of petty theft so you will have to take the law into your own hands. Teach these filthy burglars a thing or two, slap ’em around a bit with the cold steel of your sword or lead them to their demise using your vast selection of… two spells (Early Access guys, let’s keep that in mind!).

Shoppe Keep‘s soundtrack, as of this moment, is something of a let down. Initially it’s a brilliant, epic fantasy piece that really gets into that medieval carnival mindset – but that lasts right up the fifth loop. It’s very repetitive to say the least. The art style makes use of cell-shading with somewhat simplistic and blocky texturing. This basic art style has its merits, although I wouldn’t say Shoppe Keep‘s aesthetics really meet the mark. 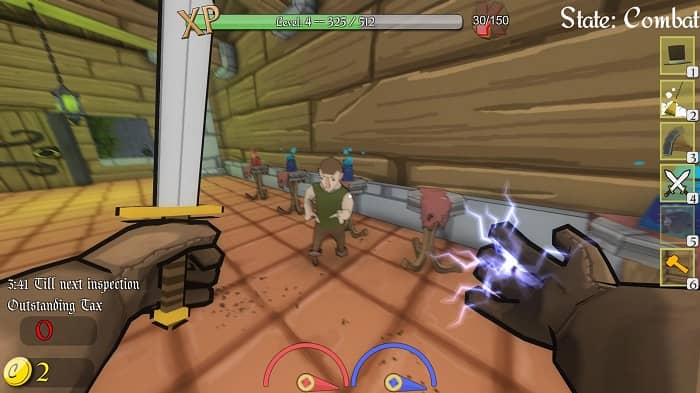 Despite falling a little short in its visuals, the way Shoppe Keep allows you to experience an RPG through what would usually be an NPC’s eyes is actually really interesting and has already been executed incredibly well in early access. Whether you’re a fan of the RPG genre or love a good management game, Shoppe Keep does something a bit different and is certainly worth investing some of your gold coins in.

Shoppe Keep is currently in Early Access and is available on PC.