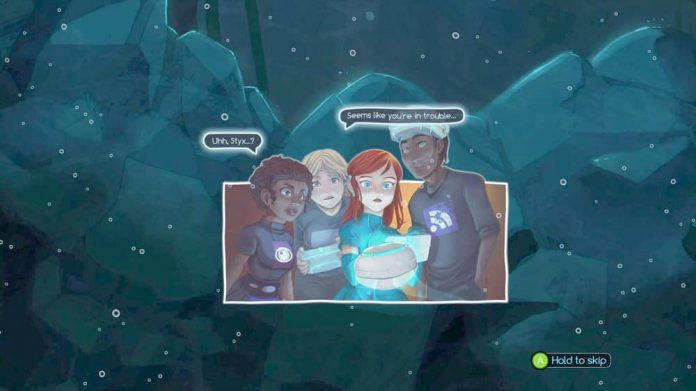 Roguelikes have been around for decades.

We’ve all played one at one point or another (sometimes without realising it – Diablo, anyone? Or, better yet, ToeJam and Earl?) and, while the prospect of permanent character death and randomised encounters in a AAA game seems terrifying, it’s all par for the course for a roguelike – or a “rogue-lite”, as most are nowadays. Subaeria comes closer than most recent roguelikes to the spirit of the original and promises to be something of a high-watermark for the resurgence of the genre. Oh, and it has fish puns.

Developed by Illogika Studios, Subaeria is a top down (almost), action puzzle game where players use their wits – and a drone – to overcome powerful robot “Cleaners” in a randomly generated, labyrinthine, underwater city. There are four characters to play as (though only one is available as I write this), each with their own unique story, that helps to flesh out and expand upon the deep-sea dystopian future. Playing as Styx, you have to fight your way free of the hostile city that you once called home, credless (thanks to a videogame addiction), hated by many (again, the addiction) and hunted by the ruthless Cleaners (because you’re a credless addict) wherever you set foot. 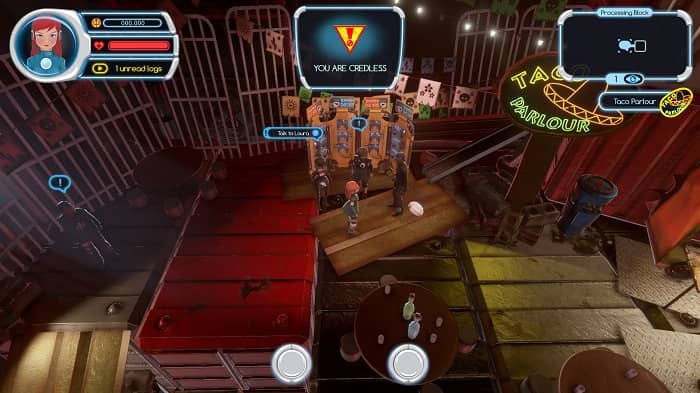 As opposed to making you fight the robots with guns, knives or sharp sticks though, Subaeria makes you fight them with each other (or your drone, don’t forget the drone). Some Cleaners are yellow, others are blue (colour coded to match the two ruling manufacturers who hold the city’s reins) and hitting one hard enough with the other will cause them to go boom. There are grey Cleaners, too, that you can use to smash up the other robots and, if that’s not enough, you can run them into lasers (of the opposite colour, of course) or use that good old drone and its amazing apps to confound, overpower or destroy them.

The gameplay in Subaeria is solid, engaging and rewarding. Timing jumps and evasive manoeuvres to force one Cleaner to crash headlong into another, using a Cleaner’s recoil against it to send it careening into a laser beam, or keeping just ahead of a turret as it turns and sprays the other enemies with laser fire, all feels incredibly satisfying when you manage to pull them off – even more so if you’ve had to use a combination of them to clear the room. As each room is always different to the last, the combination of tactics that you’ll need keeps the same sort of actions feeling fresh throughout even though the only thing Styx (or, I’m assuming, the other characters) can do is run and jump. Oh, and you can use the drone. 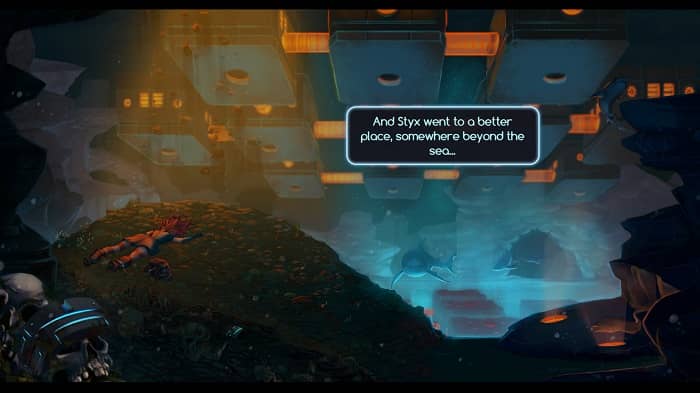 The drone is Styx’s companion and, with it, you can interact in different ways with the Cleaners thanks to the apps that you can collect throughout the game. You can have two apps active at any one time and, if you find another, you have to give up one of your current apps to activate the new one – though the old one will swap place with the new one, so that you can come and pick it up later if you need it. The problem is, without having tested any of the apps beforehand, you’ve no idea what they do without equipping it and heading into the pause menu to check it out. Styx gets her own power-ups, too, in the form of “Sniffs” (I have no idea) but, again, it’s not clear what these are for. Some make the apps you’ve got better (greater duration or number of uses) and some reduce the cost of the apps or of other Sniffs.  The game plays a brief tutorial showcasing a few of the apps to get you used to them, but when you get to actually playing the game and forget all about the tutorial, you’ve got to learn about the apps all over again.

I may have mentioned the drone quite a lot, but the truth is when I was actually playing the game, I never used it. Well, I had a go when I started and, yes, it did come in useful once more during a particularly challenging level, but, on the whole, the drone feels surplus to requirements. Not only that, it doesn’t really fit the story either; it never gets explained why poor, credless Styx has a drone when no one else that I encountered throughout the game has one (unless, I don’t know, they’re invisible or something). Besides, it seems to me that something like this would be worth quite a bit of cash – why haven’t the powers-that-be just reclaimed it against a portion of Styx’s debt? It’s odd that there’s no explanation for this when the game seems to want to go to great lengths to make sure that the player is as immersed in this world as they can be; with a wealth of logs and characters to talk to, you find yourself learning very quickly what the city and the corporations at its rotten core are about, and the story really helps to engage you and keep you battling through the increasingly difficult rooms and the inevitable “Game Over” screens. 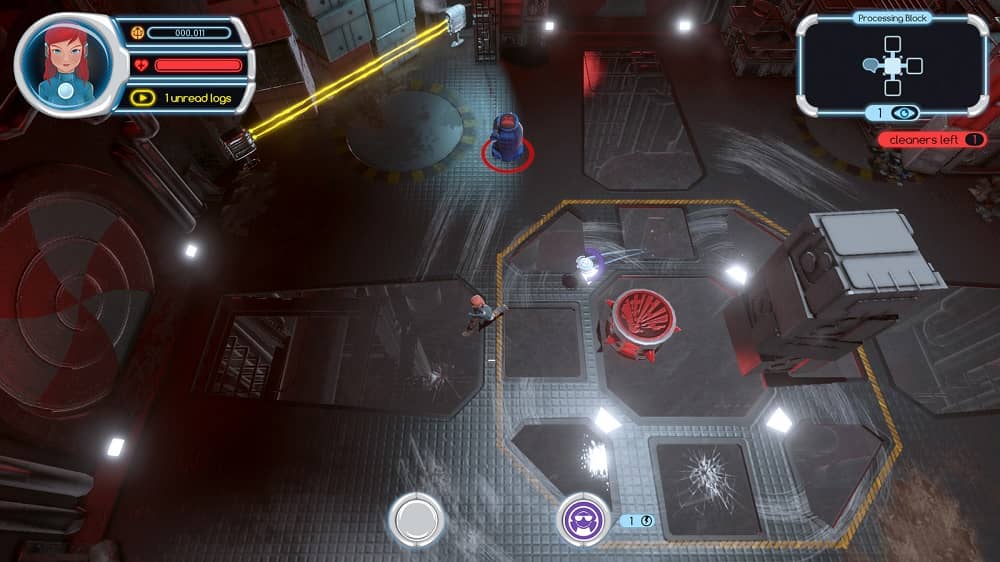 You’d better get used to those Game Over screens, too, because you’ll see a fair few while playing Subaeria. I understand that Illogika are trying to make a game that is never the same twice – different rooms, different Cleaner encounters, different drops and different paths – but, as far as the story is concerned, it’s always going to be the same: beginning again after another death, you get the same faces, the same dialogue, the same watery puns and, after five or six times in a session, it becomes tiresome. Perhaps, in the full release with all four characters, you can limit that sense of frustration somewhat by jumping between them to sample some other stories rather than try to complete one from beginning to end – but in Early Access, you’ve only got one character, one story, one choice. Or you can throw your controller at the wall and walk away for a bit (I have now reached Olympic standards in controller hurling) before coming back for another try.

Apart from a few pretty minor niggles, Subaeria gets a lot right. The graphics are clean and engaging; the design strikes exactly the right chord so that the game doesn’t feel too bright that it’s verging on childish, nor too dark that it’s another depressing study on the vast spectrum of brown available with 64-bit colour. Also, the music compliments the game without getting in the way, and, more importantly, the whole thing is just incredibly good fun. So, despite some problems (that will, probably, get fixed before release) and a penchant for fish puns, Subaeria‘s a game with plenty of sole. I’m going to stop carping on so you can give it a whale, just for the halibut.

Subaeria is available on PC.