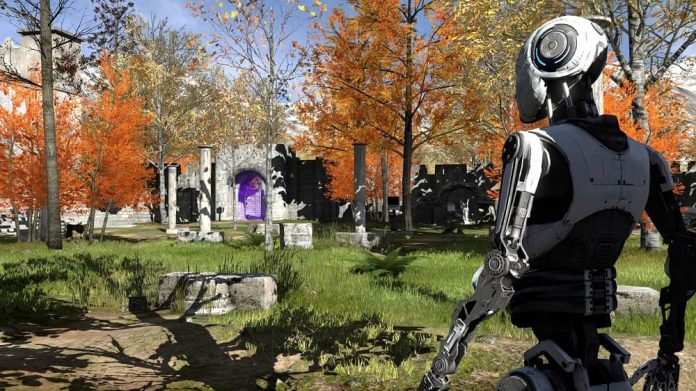 What is the meaning of life? What separates a human being from a robot? Are animals as valuable as humans?

These are just some of the question posed by Milton, a computer AI that provides your only source of conversation as you struggle to make sense of the strange world you’ve awoken in in Croteam’s The Talos Principle.

Released last year on PC to a raft of critical acclaim, this PlayStation 4 release of the game, dubbed the Deluxe Edition, features all the original content plus the Road to Gehenna expansion DLC, providing upwards of 20 hours of exploration and puzzle-solving action. Being quite a departure from Croteam’s usual output of the not-so-serious Serious Sam games, I really didn’t know what to expect going into The Talos Principle: Deluxe Edition, but after being utterly mesmerised by the title and witnessing two of its three endings (I’m currently working on the third, most challenging ending, that I’m sure is going to take me some considerable time), I’m beginning to wish that I’d played it upon its original release. Put simply, this is quite possibly the best puzzle game I have ever played.

Instructed by the mysterious Elohim – an unseen presence whose booming voice commands like an omnipotent god – your task is to travel throughout the land collecting sigils so that you may “Ascend”. Collecting these sigils can prove to be quite tricky however, as each one is locked away inside a puzzle which you must solve in order to obtain it. Things start rather gently, with puzzles requiring you to just make use of jammers to effectively dissipate forcefields and immobilize enemies in a bid to create a clear route, but soon you’ll find that you need other tools to accomplish the task.

With groups of puzzles contained in their own explorable environments, linked to a hub world via some kind of teleportation device, you’ll need to collect sigils of various shapes and colours in order to complete a set. Each set of sigils that you collect will enable you to complete yet more puzzles in the hub world, in the form of chessboard-like tables in which you need to place the sigils correctly to match the shape – think Tetris but with you able to place the blocks as and when you please rather than them falling. Completing these puzzles enables you to unlock new areas of the central hub as well as tools that are required to solve further puzzles to obtain yet more sigils, so they effectively act as gates to your progress. 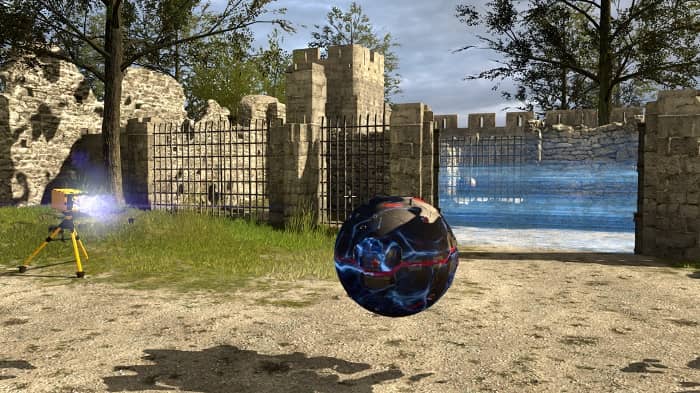 Eventually, you’ll unlock a small arsenal of tools necessary for you to complete your task, and learning to use each one effectively is essential to your progress. The first, and quite possibly the most important tool you unlock, is the receptor, which is used to connect laser beam emitters to receivers by creating a clear path between the two. Each further tools you unlock, such as the block and the fan, has its own use, but quite often has to be paired up with a receptor or two in order to get to those places that are just out of reach. The most interesting tool available to you though, is the recording device.

Enabling you to record up to five minutes of gameplay, the recording device is a work of pure genius, and is perhaps pivotal to the game’s most devious puzzles. By hitting the record button, you can perform a string of actions that when played back effectively creates a ghostly doppelganger of yourself and any tools within the area, assisting you in reaching out of reach places or items. However, just make sure that whenever you’re recording, you can always make it back to the recording device to press play, otherwise, you’ll be keeping hold of the triangle button in order to reset the puzzle and take yourself back to the beginning. 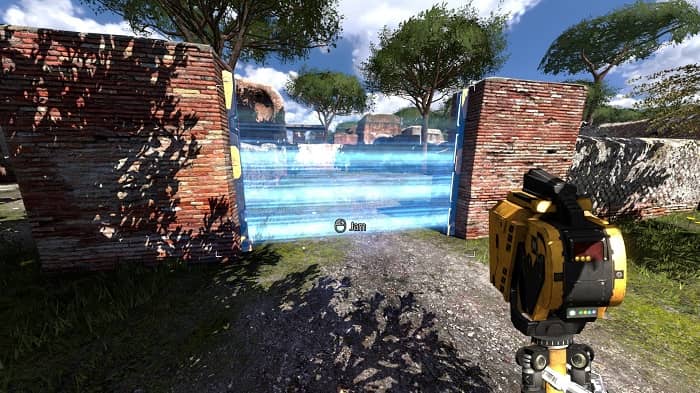 When you’re not puzzling away in the various scenic locations you can also opt to just explore, taking in the story of the game by finding messages left by other characters in the form of QR codes, and voice recordings by the articulate Alexandra Drennan – which are amazingly well acted. Most of the game’s story however, is to be found in the multitude of text files stored on the numerous computer terminals throughout the game. Ranging from emails between colleagues to philosophical theses, the many documents you may or may not choose to read during your playthrough are always compelling and often thought-provoking, drip feeding you information that enables you build your own theory about the game’s story. The real draw of the computer terminals though, is Milton, a library assistant AI that can either be your best ally, or a royal pain in the butt.

Challenging your views on various philosophical subjects as well as encouraging you to question Elohim’s will, Milton frequently engages you in a battle of wits via text conversations. All manner of questions are posed to you, and each answer directly affects how Milton perceives you, to the point where he’ll even belittle you if he finds your views illogical or contradictory. Even though these parts make up little of the gameplay, I found myself looking forward to each conversation with the opinionated AI, and I feel he adds a great amount of much needed character to the game. 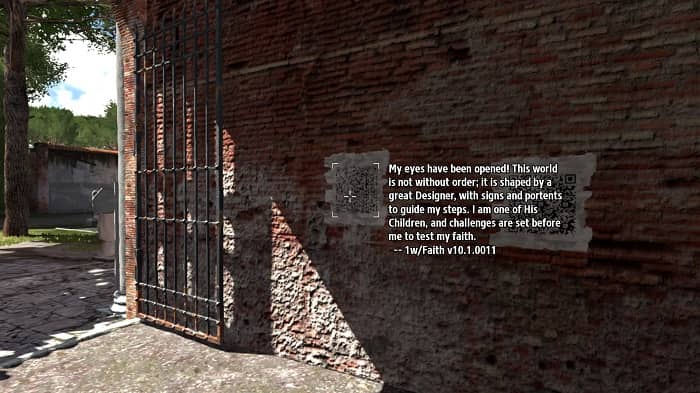 The Talos Principle: Deluxe Edition has me well and truly enamoured. Its combination of clever logic puzzles and philosophical narrative come together to create an experience that is both uniquely challenging and engaging. It’s the kind of game that stays in your head long after you’ve played it, and it may even change how you view the world due to the gravity of the questions that Milton asks you to ponder and the content of some of the text files. It has a couple of issues, like the shaky framerate that occurs when you enter a new area, and the sometimes harsh nature of checkpoints should you make a small yet devastating mistake, but they’re merely small hiccups that rarely detract from the experience. The fact of the matter is, if you own a PlayStation 4 and have not yet sampled this exquisite title, you owe it to yourself to pick it up. This is more than just a game, and it more than deserves your attention.

The Talos Principle: Deluxe Edition is available on PlayStation 4.