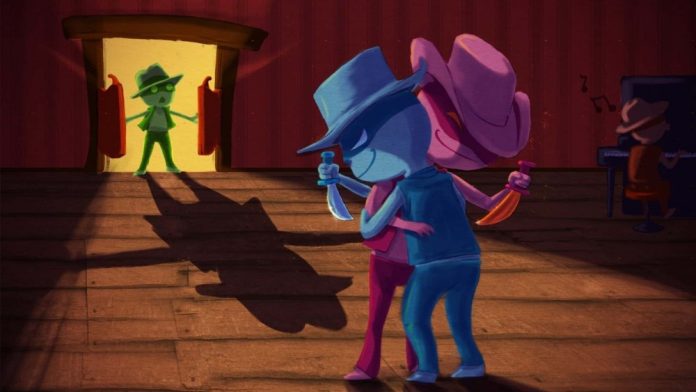 Thief Town is a stealthy local multiplayer that hits you right in the nostalgia feels with cool 8-bit music and charmingly chunky pixels. Glass Knuckle Games should give themselves a pat on the back, as they’ve brought the perfect platform to the PS4 in which to trick, deceive and kill your friends – and have an awesome time doing it.

The objective is simple. You and up to three of your mates play as thieves in a pixel-tastic version of the Wild West. Using your best sneaking skills, your aim is to find and stab your friends before they stab you. Kill or be killed. Pretty simple, right?

Did I mention that you all look the same? And that there are hoards of AI-controlled non-playable characters that look just like you?

This thing is a lot harder than it looks.

Using cool weapons and tricks, including booze, guns and sandstorms, players can distract their friends and hide by blending in with the crowd. Trigger-happy fingers have no place here, since NPCs don’t attack each other. If you act too soon, you’ll give up your anonymity and leave yourself at the (non-existent) mercy of your friends.

Each round is only one minute long, so things can turn pretty chaotic once everyone starts making desperate grabs for points. This often produces hilarious results, and I heartily recommend doing this at least once. 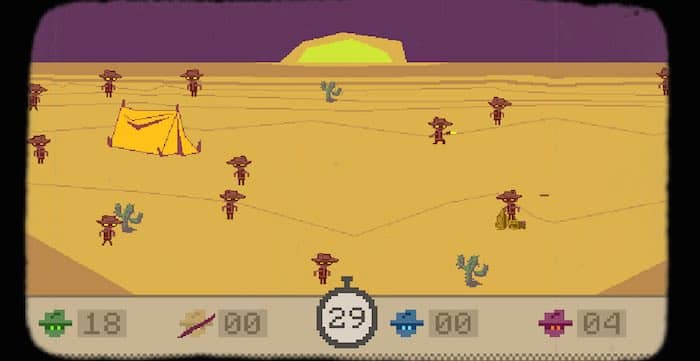 Apart from the primary game mode, Glass Knuckle Games have included “Spy Town” and “Drunk Town” to prevent gameplay from getting too repetitive. Spy Town hooks you up with tons of great weapons, including guns, dynamite and smoke grenades. This adds a lot more variety to gameplay and allows players to get a little bit more dastardly with their killing techniques.

Drunk Town, while still good, isn’t quite as fun. One player acts as the sheriff in each round, and has to use his limited ammo to shoot other players, rather than the innocent people stumbling about on screen. You can have a lot of fun as the sheriff, but if you’re playing as a drunk, you’re limited to wondering around and just hoping for the best.

The key to succeeding in Thief Town is biding your time and hiding in plain sight. A large aspect of this is emulating NPCs, which is surprisingly difficult. You have to study the computer’s movements and copy them without seeming too obvious, and at the same time analyse how other players would go about pretending to be NPCs.

Arguably the best thing about this game is that it’s a local multiplayer only. Granted, it’s amazing that we live in a world where you can game with someone on the other side of the planet, but there’s something that’s just plain lovely about having your player two in the same room as you. 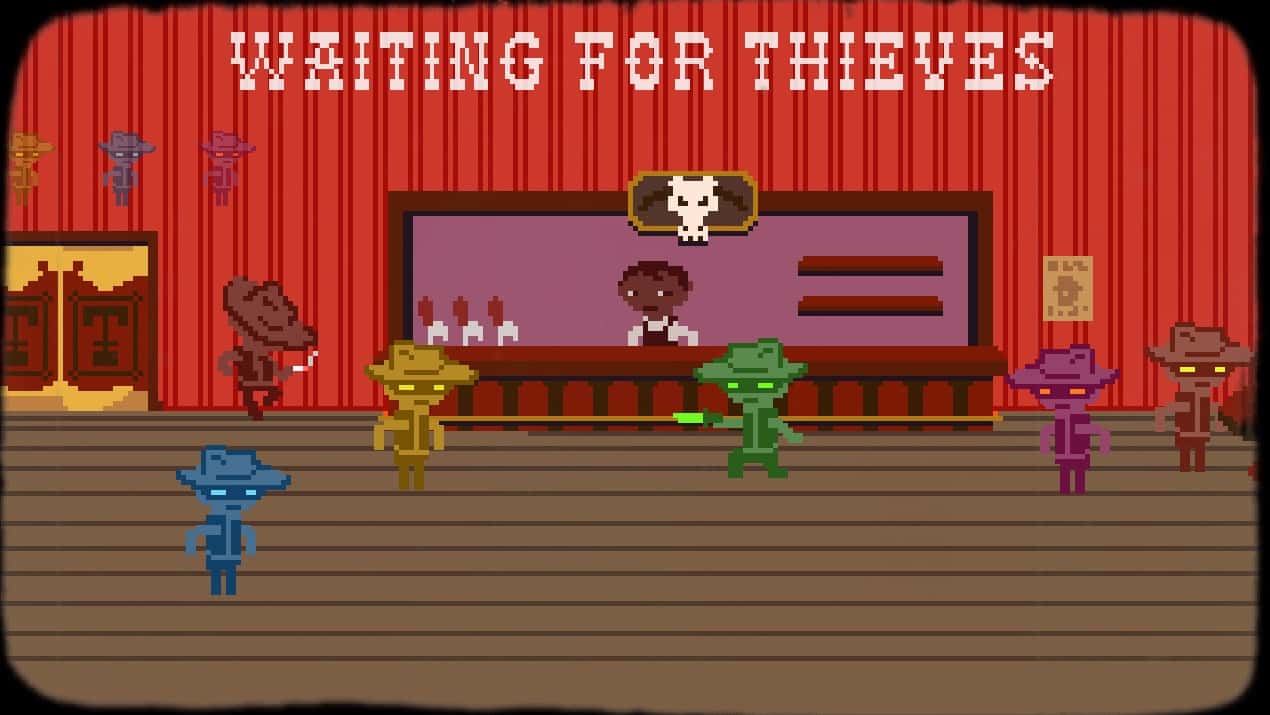 In my experience, everyone gets competitive super quickly. Players can join in on multiple devices locally, which creates a great atmosphere that are sometimes lacking in online multiplayers. There’s nothing more satisfying than hearing the tell-tale victory cackle of a thief and being able to turn to your friend and tell them to suck it. After all, smug celebration dances work best in person.

One of the slightly disappointing aspects of the game is the lack of levels. There are only two available – graveyard and desert – which gets a bit tedious is you’re seeing it for the twentieth time in a row. That said, at only $7.99 (about £5.20), you can’t really complain, and this flaw could be rectified with some awesome add-on content in the future.

Thief Town is a superb game to dip in and out of if you have some spare time going with your friends. The team from Glass Knuckle Games have taken a simple concept and transformed it into a fun and worryingly addictive game. It’s cheeky, entertaining and the perfect accompaniment to a small party. Plus, you can’t go wrong with the Wild West. The Wild West is cool.