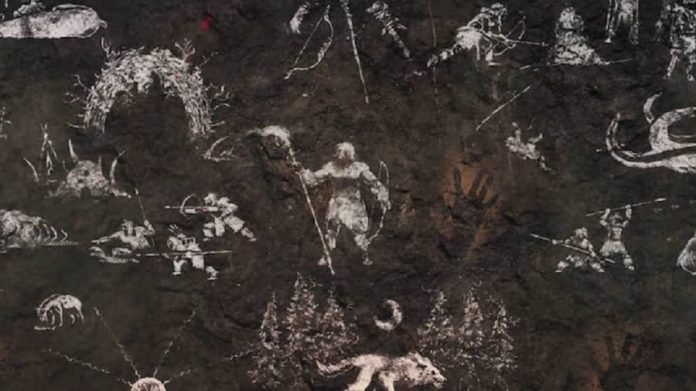 Ubisoft and Far Cry go way back. Way, way back into prehistoric times. No, really, they do. At least in the newly-announced Far Cry Primal, they do.

After a day’s worth of teasing us with a livestream, Ubisoft unveiled the new entry in the Far Cry series, presumably taking us all by surprise. The initial teaser was a very basic image of ancient paintings etched onto a cave wall depicting loin-cloth toting men on a hunt alongside savage wolves and mammoths. The image gradually became more vibrant and animated over time, to the point where it became quite unsettling. Snarling of beasts and the distressed noises of women were playing in the background over the crackle and pop of a glowing fire that illuminated the paintings, and revealed hand prints on the wall; spooky.

Eventually a reveal video was released accompanied by more information to prevent any further confusion. 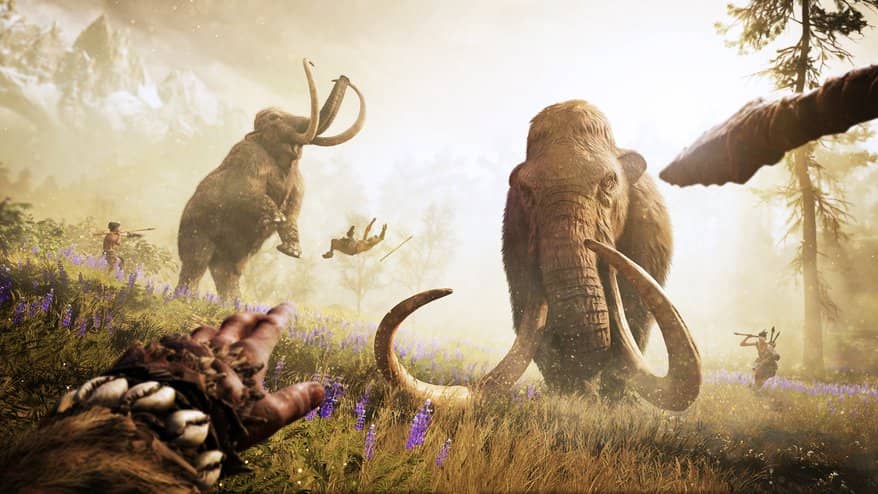 You will be taking on the role of Takkar who managed to survive an ambush that wiped out his hunting group, according to the Ubisoft official blog:

“Now on his own in a treacherous world, Takkar will face massive mammoths, savage sabretooth tigers, hostile bands of rival hunters, and countless other threats as he attempts to re-unite his lost tribe.

Like any good hunter, Takkar carries an extensive set of survival skills, including the ability to craft tools and weapons from the bones of the beasts he slays and the resources he gathers in the wild.  These are not only crucial for his own safety against predators (both human and animal), they’re also essential in maintaining the safety of his tribe. Takkar will need to guard his fledgling group carefully to ensure its survival and growth.”

Sounds interesting, particularly the fact that you are not only responsible for yourself, but also for the safety of your tribe. It seems as if this time around, you aren’t going to be a lone mercenary destroying everything that lies in your wake; rather, you are going to have to learn to manage your resources conservatively and cater to your tribe’s needs. Playing Far Cry with a band of merry hunters opens up an avenue of exciting new possibilities for the franchise. 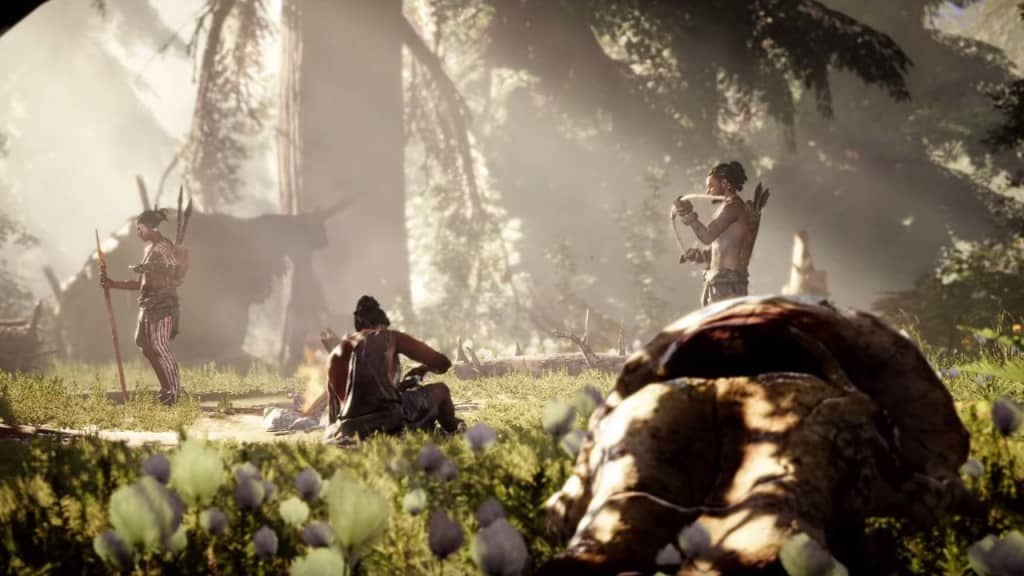 “Like every Far Cry before it, Far Cry Primal takes place in a massive open world, and Takkar’s adventure will take him through a number of landscapes, ranging from swamps to redwood cedar forests, and when nightfall comes to Oros, fire may be the only thing standing between Takkar and a particularly sharp set of teeth or the jagged tip of a spear. The use of fire is perhaps just as important, if not more important, than the weapons Takkar crafts. In addition to using it for protection at night, he can use it for additional tactical options when assaulting beasts or infiltrating enemy outposts.”

Of course it wouldn’t be Far Cry without an incredibly beautiful open world. But the new emphasis on night garners my interest as it makes the game world seem more “alive” and threatening. No longer will you just be running around the game world without a care in the world; instead you’ll begin to “respect” the environment you have been blessed with: nature, in other words, has no mercy. Also the introduction of fire and the mechanics underlying Takkar’s use with the element, seem equally interesting. I assume it will introduce moments of pure fear as you discover that you haven’t got a light source to hand, or nearby. Maybe we’ll be able to hurl a flaming spear at a tribal village and raze it to the ground, or even heat our weapon with fire in order to tackle a huge beast.

Ubisoft’s change in direction for the franchise is surprising and in my opinion, very necessary. Reviews for Far Cry 4 were mixed and I feel that they made the right decision to go away and come up with something that will reignite the franchise, rather than watch it become increasingly stale. They’re going back in time to move forwards; nice.

Far Cry Primal is set for release on 23 February 2016 on PlayStation 4 and Xbox One. The PC version will follow in March.