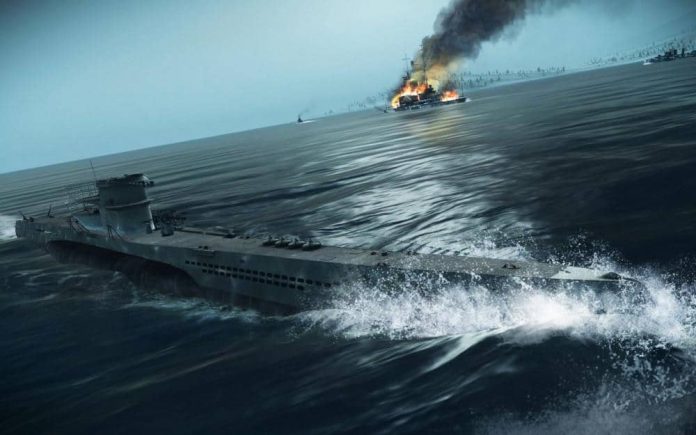 “War games, what are they good for?” …Learning Trigonometry!

Monty Python once asked: “What have the Romans ever done for us?.”

What has war ever done for us?

“Technology”… besides that… “communication”… yeah, and?… “cultural and social liberation, integration and hegemony”… okay, but what about the… isn’t that just a vicious… “some cracking good books, films, TV and, of course, video games!”.

It seems that we gamers (whether it be computer, console, tabletop etc.) love war, conflict and military excursions. Ever since we were children, the societal consensus tries to teach that war was good for the victors, and bad for the losers, and that great minds, tactics and cunning lend themselves well to noble characters that may save us from ignorant oppressors with their unintelligent military brutality. War was ultimately a triumph, channeling necessary evil – lessons transferred via the narrative of many military-based video games.

That was my interpretation anyway – does it sound familiar to you?

But, this is often overlooked: apart from being likened to the sinner’s afterlife; war is hard.

More so than any first person shooter difficulty level, war is hard, not just because of heroic self-sacrifice and traumatic mental torture, life and death scenarios, awful conditions and drill sergeants who attempt to be more terrifying than the actual enemy. War is also really complicated and, at higher levels, involves lots of crucial subjects, not limited to: science, maths, probability (risk), algebra and geography – would learning and utilising knowledge of these subjects be too much to ask of the player?

Should the bulk of military-themed games limit themselves to exploring the narrative arcs of war?

How deep down should video games explore topics in relation to their depicted subject material?

If Silent Hunter 5: Battle of The Atlantic (PC, Ubisoft, 2010) is anything to go by, the mechanics can be made as deep or shallow as the player permits.

The epic German submarine film, Das Boot (1981), tries to depict the horrible cramped conditions and futility of being in a Nazi U-Boat during World War II, and the odd esoteric mix of heroism, tragedy, bravery, efforts and sacrifice of soldiers; the likes of which, as an expectation of the subject matter, would be totally redundant and meaningless by the end of the film, and by a larger extension, representative of the conflict itself. 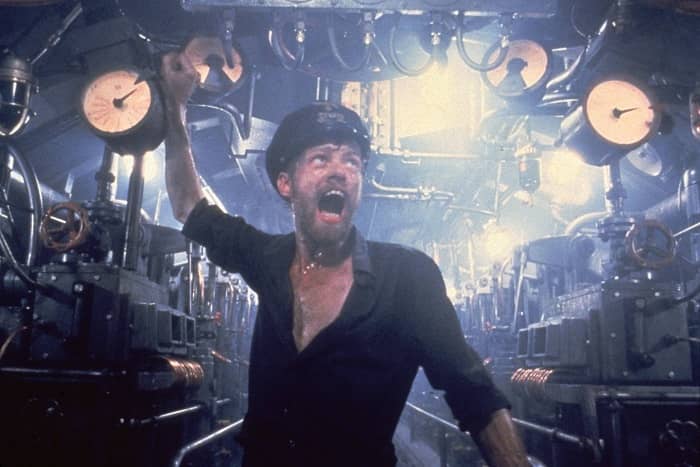 Games have the potential to instill within the player the ability to make those decisions, feel the consequences, and do the work. Silent Hunter 5 features a Campaign mode that places the player as a German U-Boat Captain, beginning 1 September 1939 (German Invasion of Poland), a campaign that, with obvious historical hindsight, leads into World War II and the eventual defeat of the Axis powers; the ordeal is still an experience from which one may learn much along the way.

Silent Hunter 5 doesn’t tell the player a whole lot; for many games, focusing on “Show, don’t tell” would mark said game a success. The rule of “Do, don’t show” is considered to be a main strength of an interactive medium; there are caveats to this design philosophy, since a comprehensive game may require “Do”, “show”, and “tell”.

While a variety of tasks in Silent Hunter 5 can actually be abstracted, in order to make them easier, a simulation-based approach to difficulty choice, on the “Full Realism” setting, Silent Hunter 5 presumes a lot of knowledge on behalf of the player in advance. The game’s campaign begins with a tutorial mission that allows the player to get their grips with the controls and mechanics, and, like many other games, attempts are made to solve the complexity problem by slowly introducing new mechanics and briefly tutorialising them (though, this is is not a perfect solution). After that, with regards to the mechanical and skill-based tasks of captaining a submarine and fulfilling objectives, you are thrown in the deep end. 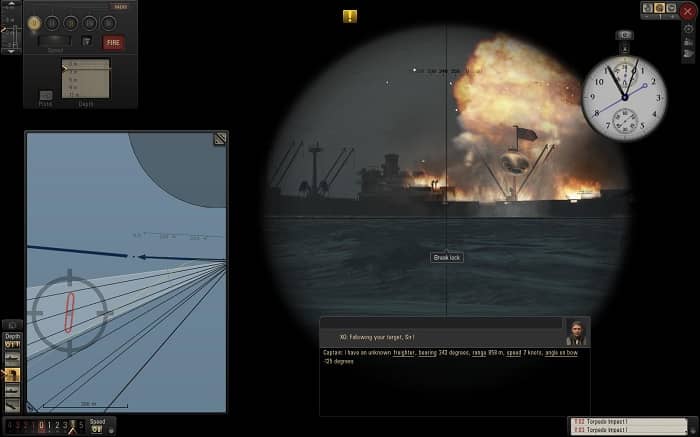 Using hydrophones to listen to both enemy and friendly boats, plotting a course on the map, and deducing the paths of enemy vessels are all tasks that the player can choose to allocate entirely to themselves, with all the map-marking and compassing tools striking an intriguing balance between authenticity and accessibility (like being able to draw and erase on the map!), virtual tools being readily and easily selectable; the strategic-planning  layer could be a game unto itself.

“Submarines could raise & lower their depth, so their advantage over boats was an Axis one”
– Bad WWII maths joke

Attacking the enemy boats, at “Full Realism” setting requires, to some degree, understanding and use of basic maths, especially trigonometry (and speed = distance/time) in order play efficiently, plotting both your course and that of the target, conserving fuel and deducing effective routes for attack and refueling cycles.

So far, I haven’t got very far into playing the campaign mode, since I was mostly concerned with figuring out and practicing the logistics of targeting: sextant mechanics (a tool used to measure angles to distant objects) need to be understood in order to target boats (the submarine also has to actually be facing the target within about a 100 degree angle in order to hit with a torpedo). Even the action-oriented aspects of the game required at least a little basic research to pull-off.

I mostly searched around websites and watched videos (involving Silent Hunter 5), in order to learn some of the skills. For other skills, I had to dig deep into the memories of school.

Imagine an efficient use of YouTube: learning both transferable skills and gameplay mechanics in one swoop. I enjoy a good educational YouTube video, but it would be great to actually be able to do things.

I am not suggesting that current habits of Let’s Plays are somehow bad, more that I would love to see more games actually successfully bridge the gap between gameplay activity and simulator, since this is what games often strive to emulate, or at least try to fool us into believing so.

Simulation games do not hand-hold – but maybe they should?

I haven’t played a great deal of Silent Hunter 5, since I am almost daunted by its scope (periscope!), and it’s rather a shame it didn’t get many great reviews (with people preferring the previous versions for their own reasons) but the overall presentation and level of aptitude required (which is another way of saying skill), as well as the high level of engagement left me with an sense of invigorated enthusiasm for what games can achieve.

“Prepare to dive!” (into the details)

I would appreciate games incorporating basic aptitude lessons: less of obligatory tutorials; more “advanced skills” sections. The SWAT series included a lot of background information on its subject matter, with the success of its implementation up for debate (personally, I felt it was a bit stilted).

There are two immediate ways to solve the aptitude information problem:

The first game in the Silent Hunter series, and Tom Clancy’s SSN submarine sim, came out in 1996. Some of the older military-themed games make the recent and future Ubisoft & Tom Clancy titles look like Tonka Toys or StickleBricks by comparison.

Best of all: When I purchased Silent Hunter 5, it cost me £1 on a Ubisoft Uplay sale – an absolute bargain!

Apart from fleeting curiosity, I have never been that interested in boats or submarines – except that I am an Englishman, so Trafalgar, the Spanish Armada, Jutland etc. etc.

Disclaimer: When I was a young boy, my estranged father did once take me to visit HMS Victory.

Silent Hunter 5 is available to buy digitally or physically on PC. Buy now from Amazon