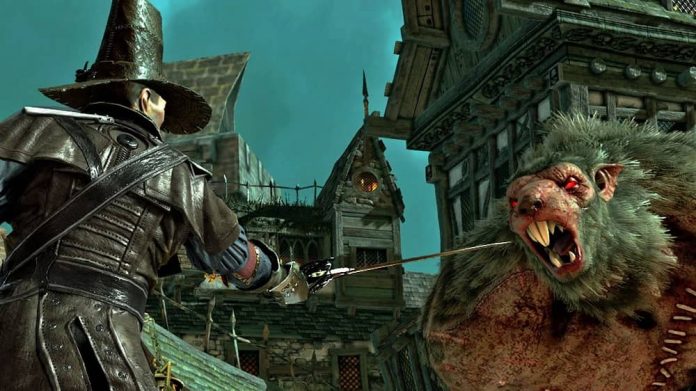 In any major city you’re apparently never more than six feet away from a rat, but after a few rounds of Warhammer: End Times – Vermintide you’ll consider that kind of distance a real luxury.

Armed with a medieval cache of short and long range weapons including swords and hammers (which you’d best keep handy for close encounters), you find yourself faced by nothing but rodent enemies. At first glance Vermintide seems to be all about simple hack and slash extermination, but dig deeper and you’ll soon find it’s more about team based survival. A key part of this is the fact that Swedish developer Fatshark has done an excellent job of creating a player experience that genuinely feels like an onslaught. At times you’ll be stunned by the sheer number of enemies onscreen: they’ll crawl out of the windows, they’ll drop down on you from above and they’ll even lob noxious gas at you from afar. Battles are unpredictable, and thanks to a dynamic spawn system, the next vermin tsunami could be just around the corner.

The rats here – collectively termed the “Skaven” according to Warhammer lore – walk upright and come in different shapes and sizes. Surprisingly, there is great variety in the game’s enemy types and you’ll be pitted against everything from “Skavenslaves”, which come in big numbers but go down easy, to “Rat Ogres”, gigantic hulking killing machines which will have you waking up at night in a cold sweat. Don’t worry though because you’ll be slicing and dicing Skaven like a pro in no time. The in-game combat system produces melee fighting action which is responsive, fluid and fast. Enemy models respond to your attacks in realistic ways so expect lots of severed heads, crushed limbs and charred remains. You also have the ability to block attacks and to push your attackers back, creating an opportunity to strike them down. 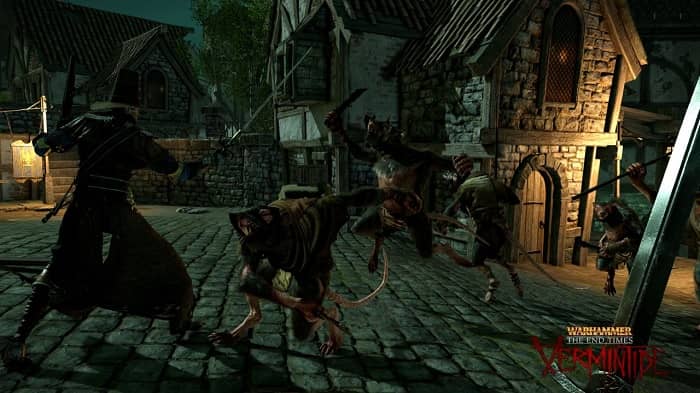 Working as part of a team with three others, Vermintide makes you adapt your playing style to the situation. For example, whilst getting up close and personal isn’t a problem with the weaker enemies, it’s wise to make use of your long range weapons and fire from a distance when taking on tougher opposition. Players are also encouraged to stick together by the presence of the “Packmaster”, a deadly rat who picks off stragglers and strangles them using a pole arm (I’m not making this up!). Teamwork is facilitated either by voice chat or a chat window and you’ll find yourself needing to make use of these functions to martial the troops in response to Skaven bombardments. Personally, I found the team-orientated gameplay worked really well; there was often a sense of team spirit and shared achievement that accompanied successfully completing a mission.

You can choose to play as one of five different heroes, each complete with differing abilities and weapon sets. Some are faster or stronger than others but I preferred Sienna Fuegonasus, the only hero to have the benefit of a magic staff equipped to burn foes to a cinder from a distance – I always liked a good barbeque. Alongside your two weapons you also have two slots for a medikit and a potion (strength or speed) which you’ll find scattered throughout the missions. Making use of these at the right time can be the difference between winning and losing. 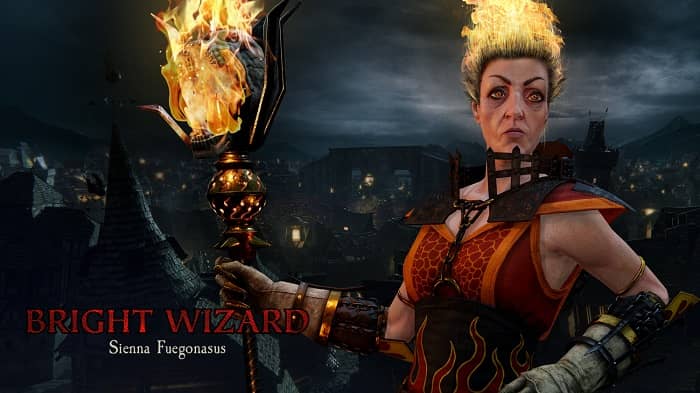 The game features a level up system where you win XP based on your success and the objects collected. Hidden somewhere in each level are books called Tomes and Grimoires which, if found, act to better the weapons won by each member at the level end. Together with levelling up, acquiring new weapons increases your attack damage and introduces new attack styles. There’s also a Forge which enables you to combine and/or upgrade different weapons. All in all, there is great variety here and there is satisfaction to be had as you work to improve your character’s performance.

Visually, Vermintide is stunning; it creates a quasi-rural, fantasy medieval environment where you’ll fight across 13 different levels in port towns, castle baileys and mountain passes. Complementing the slick presentation is an excellent soundtrack, composed especially for the game by Jesper Kyd. The music is dark and atmospheric and fits the overall tone perfectly. In fact, music is something you’ll find yourself listening out for because every Skaven assault is preceded by the sound of a horn blowing in the distance. 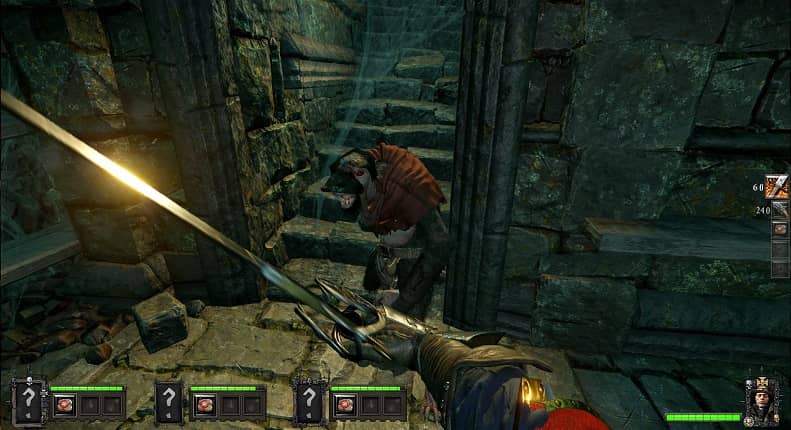 The obvious criticism to throw at this title is its repetitiveness. In every level you do the same thing which ultimately boils down to cutting your way through loads of rats, usually in order to destroy or protect a particular mission objective. Crucially though, whilst in principle this might sound monotonous, in practice it’s loads of fun and any risk of boredom creeping in is addressed by the impressive range and number of enemies you’ll encounter, the level up system and the weapon rewards. Equally, don’t be put off if you’re new to Warhammer as the game is a team player FPS which happens to take place in the Warhammer universe rather than a story rich experience intended to build on and advance the narrative.

Warhammer: End Times – Vermintide is an excellent game which is slickly produced, well thought out and great fun to play. It has something for casual and hardcore gamers alike and delivers an exciting teamplay experience with depth and longevity. According to the Chinese Zodiac, the next year of the Rat isn’t until 2020 but with this game available now, why wait?