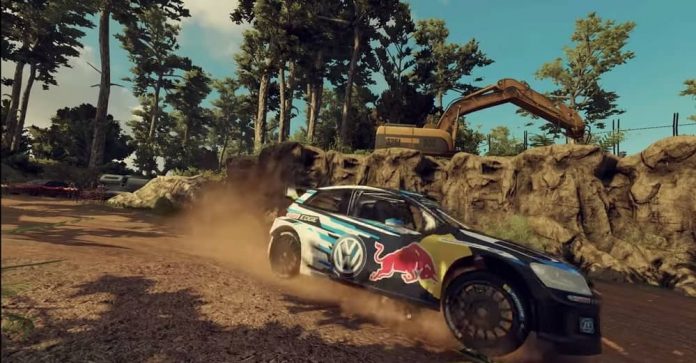 Since the launch of PlayStation 4 and Xbox One nearly two years ago, there’s amazingly been no rally driving games released for them.

You may argue that Forza Horizon 2 offers some rally-like content in the form of its off-road events and the Storm Island DLC in particular, but it’s just not the same as a pure you-versus-the-clock style rally experience. Looking to capitalise on this fact are Kylotonn, the developer responsible for finally bringing the WRC franchise to the now current generation of consoles in the hope of providing rally fans with the racing action they require. Lucky for them, WRC 5 certainly does the job, even if it does have a few issues.

Graphically, despite the leap to new, more powerful consoles, WRC 5 is nothing to write home about. That’s not to say it looks bad – the cars are nicely modelled, and sometimes, while you’re hurtling along at 100mph, the scenery is picturesque – but it’s hardly on par with other racing games currently available. It was also very disappointing to find that that there is some screen tearing, particularly when racing at night – at least on the PS4 version tested. However, this happens so infrequently it doesn’t pose too much of an issue. On the flip side, the sound effects are generally very good, with you able to hear and feel every bump and scrape as you race around the stages, which is fortunate considering there’s no in-race music and the menu music is generic tosh. Also of note is the fact that you have the choice of a male or female co-driver. Opting for the female co-driver for my career, I quickly regretted the decision however – she shouts commands at you in a way that is very robotic and confuses more than helps.

More important than what the game looks and sounds like though is how the game plays, and this is where I believe WRC 5 shines. As a pure no-nonsense rally game, WRC 5 succeeds by having responsive and convincing handling as well as options such as realistic damage to make the experience authentic. Whether you’re a beginner or a pro, there’s enough difficulty and assist options to get the game to feel just right for you, making it accessible to all. Saying that however, the strait-laced nature of the game means that there’s little here for those who aren’t ardent rally fans. 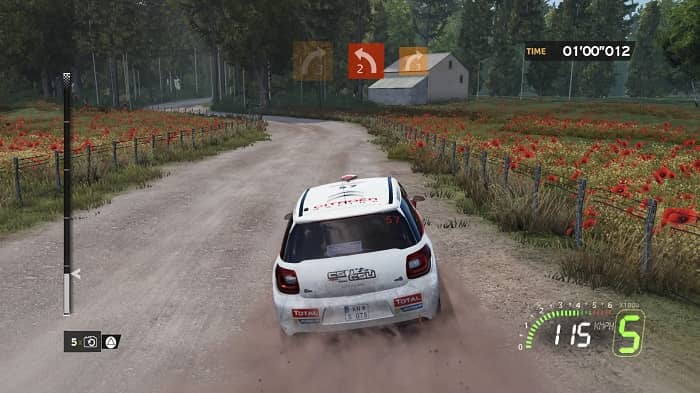 The main draw of the game to most will be the career mode that, like previous WRC games, allows you to progress through multiple seasons, starting from the Junior WRC and making your way up should you perform adequately. You’ll be offered contracts at start of each season based on your performance, and you need to be mindful of each team’s requirements to make sure your driving style sits well with what they expect in order to impress. Some teams will just want you to be fast, while others may require you to look after your car at the expense of speed. Once you’ve chosen a team you’ll be travelling around the world, with each rally consisting of six stages, usually broke up into three groups of two. Any damage done to your vehicle while throwing it about on the track can be fixed between groups of stages providing you have the time, forcing you to make some strategic decision when your car is in particularly bad shape. Also once you’ve progressed past the Junior WRC you can start to make manual adjustments to your cars setup so you can fine-tune its performance for that extra edge. All in all, the career mode provides a lengthy experience spanning 13 countries that is sure to entertain rally fans.

Aside from the career mode, there’s slim pickings unfortunately. You have the obligatory “quick” events enabling you set up and race entire rallies or single stages, challenge events that change on a frequent basis, and also a rally school that aims to teach driving techniques that will improve your skills and reduce your stage times. Whilst they do provide a quick diversion from the career mode, they’re simply not that enthralling to be honest. There is also, of course, multiplayer gameplay in the form of pass-the-pad local rallying and the usual assortment of online matchmaking options. The time I spent racing online was very solid, with no discernible lag or connection problems. The fact that your opposition are only displayed as ghosts means that the experience is purely down to skill too – there are no pileups on the first corner as everyone tussles to sneakily get into pole position like in lots of other online racing games. 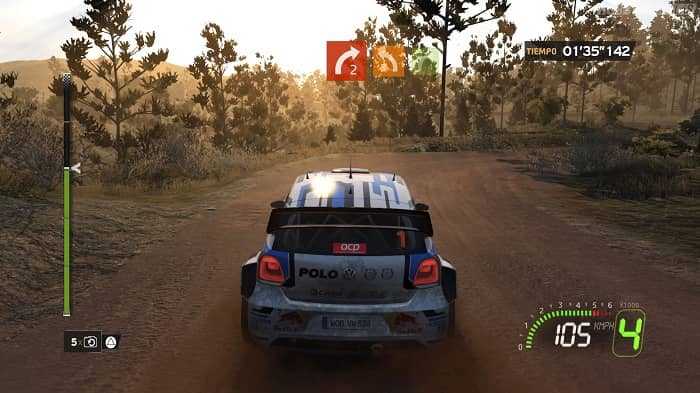 Overall, WRC 5 may be light on features to make it attractive to more than just rally aficionados, but it’s great at what it does. The controls are tight and the authentic nature of the racing makes every stage a tense and engaging event. Speeding down country roads and lanes feels as dangerous yet exciting as it should do, and you always feel in complete control of your fate which is all you can ask of a rally game. Sure, it’s disappointing that the graphics aren’t a little better, but it’s a small issue in what is an otherwise accomplished racing game. Whilst WRC 5 is the only rally game currently available on PS4 and Xbox One, it’s also one that is worthy of your cash should you be craving the ballsy off-road driving experience it provides.