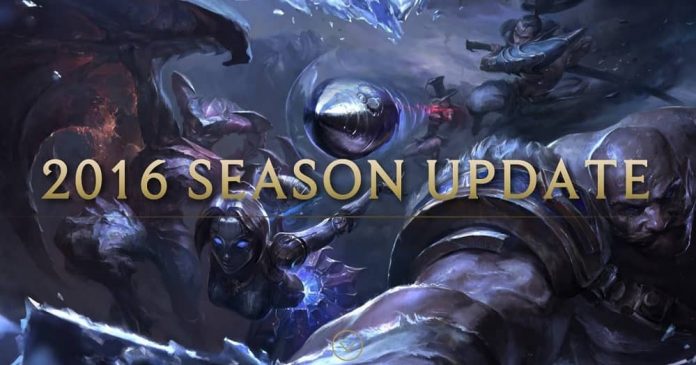 It was only recently that Riot Games gave us a preview of what was in store for the pre-season and PBE. Well they’ve announced even more substantial updates to League of Legends that should stir up great excitement and heated debates.

There’s a lot to cover so we’ll split it into a few sections.

League of Legends looks set to welcome more friends into your matchmaking experience. Long gone will be the days of a lonely solo queue, filled with rage and sadness. You’ll be able to queue up for a ranked match with up to four other friends, so long as you’re all evenly matched. In addition it’ll be more likely to pit you against another team of five if you’ve queued up as a team of five.

If you’re a pro, then you’ll be used to ridiculously long queue times as the system struggles to find similarly skilled players. Riot aims to fix this and states “high-level players will be matchmade in the same games that would have happened after a thirty-minute wait, but at a much faster pace”.

There’s also a promo helper aiming to help out players below Gold 1 to make it out of their current division. It will help players who are constantly re-entering promos by granting them a win the next time they enter a promotion series, in the hope that it may ease the burden and make it slightly easier to climb out of a division you probably don’t belong in. 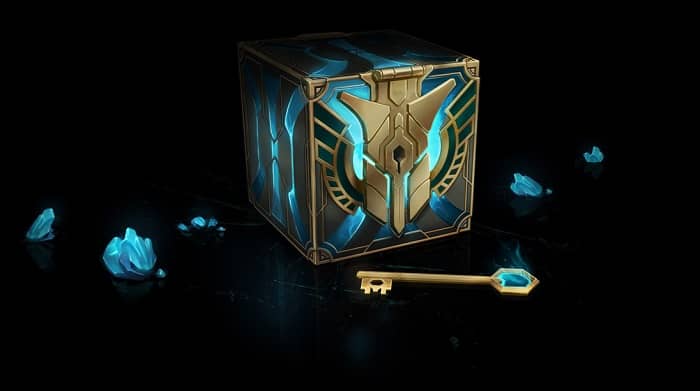 League of Legends will now include drops after each game, giving you the chance to earn Mastery Chests and Keys to open them up. Once opened, chests can grant you seven day rentals to permanent skins and champions. Drop chances will be increased by grouping up with your friends, and the quality of Mastery Chests dropped will be determined by your post game performance both as a team and individually.

There will also be unique Mastery Chests you can buy from the in game store, that will effectively guarantee some good loot and unique items.

Lastly, if you’re not happy with your loot, you can take it to the crafting table and break it down into essences. These essences can then be used to upgrade certain items ‘from shard rentals to permanent content.’ Alternatively you will be able to use the crafting table to re-roll permanent rewards you’ve accrued into a permanent item of the same type.

Clubs are being introduced, functioning like the chat rooms and nothing more really; not particularly exciting or game changing news here.

Parties are being updated to simplify a few things. One player will set up the party that persists even after the game has finished. So once you’ve set up a party, invited your friends in and finished a game, you’ll be able to queue up at a much faster rate. What’s more your friends will be able to see that you’ve set up a party and can join with a few clicks; dependent on whether the you want it to be private or public.

A free League App has also been announced for iOS and Android devices . While not exactly groundbreaking, the app allows you to chat with your friends even if they aren’t on their computers so you can arrange to play matches. It’s said that  “you can expect it to keep evolving over time, supporting features like Parties and Clubs when they become available”. 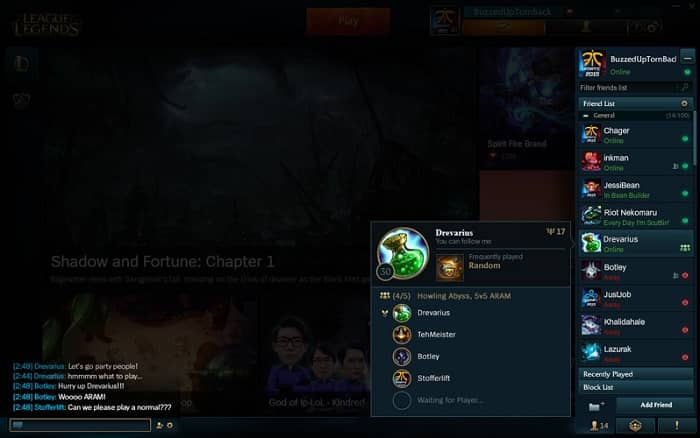 A brand new client has been in the works, and Riot have recognised that the client they’ve been using for six years is in desperate need of an upgrade. At the beginning of the 2016 season they will invite community members to test the Alpha Client and offer feedback to the construction team. Priority will be given to those who’ve been non-toxic over the years and all round nice guys who like League.

The technology they’ve used to create the client will enable Riot to implement more updates, along with providing a more reliable and responsive experience. It’ll also be rocking some fresh new visuals and a stand alone friends list that’ll let interact with your friends whilst downloading patches or otherwise.

This new system will go live on PBE first, and will find its way onto live draft at some point in the future.