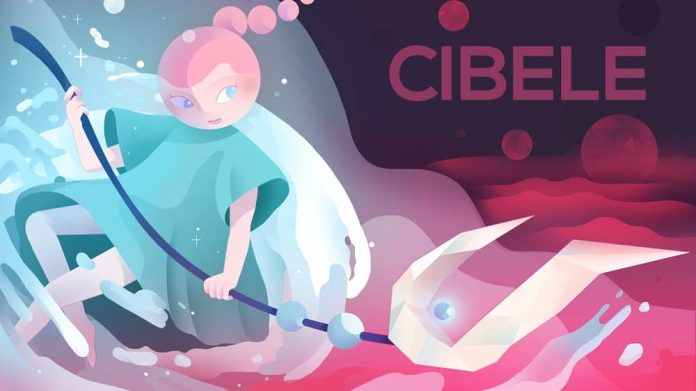 Sat in front of a stranger’s desktop, I felt like an intruder.

The bright pink and cutesy background reminded me this wasn’t my computer, but I couldn’t help but look around. It felt wrong, invasive; like I had to look over my shoulder to make sure nobody caught me as I browsed through folders containing very private photographs and intimate poetry, yet I couldn’t look away. This is Cibele, a voyeuristic experience into the digital life of a teenage girl.

Based on creator Nina Freeman’s real life experiences, Cibele is a short but engaging look into her life online as a 19 year old. All gameplay – if you can call it that – is delivered through Nina’s computer desktop, giving you control of her cursor to browse files, emails, photos, and primarily, play the MMORPG that she’s obsessed with: Valtameri.

Valtameri, a fictional representation of a real-life MMO, is where the real meat of Cibele lies. Nina’s hooked to the game, to the point where she blows off socialising with her real life friends to instead stay home alone playing the game. In Valtameri, she plays as her avatar Cibele, where she’s forged relationships of various intensities with other players; the most important of these is Blake – or Ichi as he’s known on-screen. You’re given control of her avatar to move your way around the game world as you overhear spoken conversations between Nina and Blake, as well as engaging in instant messaging with other players of the game. 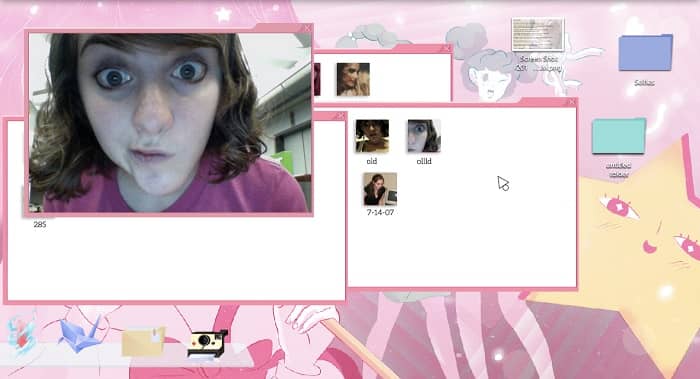 Extra context to Nina’s life, her friends and her feelings can be gained through exploring her computer. Her desktop is littered with various folders containing creative writing, photos, blog posts, IM logs and emails, and, having been granted control of the mouse cursor, I found I couldn’t help myself by diving straight into this very private part of a teenage girl’s life. The authenticity of everything is almost alarming – certainly, at least the selfies of Nina are real photos from her younger years – but at times it almost felt like a glimpse into my own teenage years. Angst-ridden poetry and conversations over instant messaging about boys – omg lol giggle giggle – this is a very real representation of a teenage girl that should resonate strongly with young women everywhere.

Cibele is, in equal measures, funny, embarrassing and devastating, and largely that’s because it’s all so relatable. Funny because you’ll see a conversation between Nina and one of her friends, and recall having similar conversations with your own friends. Embarrassing because you, too, had folders full of awkward and shameful selfies. Devastating because you can empathise with how Nina feels; you likely know all too well how fragile the teenage heart is. Nina’s struggle to find her true identity is something that’s that a big part of any teenager’s life, and growing up in a digital age – especially as an introvert – much of that self-discovery often does take place through the safe, yet very scary, setting of your computer.  The crux of the game is this isn’t about Nina; it’s about you, and about every other teenager who has been, or will be. It’s an exploration into very real feelings, and it’s dealt with in a very impressive, well-presented way. 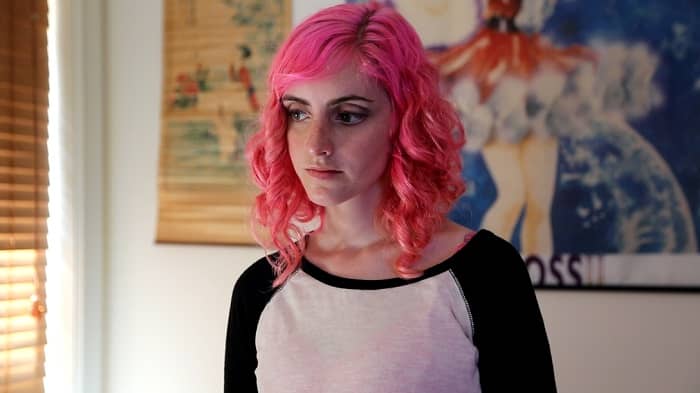 The gameplay of Cibele, in the form of the levels of Voltameri we’re forced to play through, is something of a letdown; but as it’s merely anecdotal to the story, it doesn’t exactly matter. Still, I was left to wonder how on earth Nina could spend so much of her time playing such a dull and boring game. Whilst waiting for chat prompts to kick in between Blake and Nina, you’re left to click relentlessly around the screen to rid the area of enemies. There’s absolutely no attempt made to be engaging: the avatar doesn’t always move where you click – often she’ll move backwards instead of forwards, and the fact that you can’t get damaged or fail in any way makes the whole thing feel rather pointless. A little more depth to these segments would have gone a long way, as even though the gameplay itself is extrinsic to the overall experience, it’s still something you have to endure.

The game is split up into three very distinct acts, each spaced a few months apart from each other. Each act shows a distinct development in Nina and Blake’s development, with conversations becoming deeper and more intimate each time, and Nina’s desktop containing more hints to her desire. It’s intense, at some points disturbing, but I couldn’t help but want more. I wanted to find out more about Blake, and every time a new email popped up in Nina’s inbox, I rushed to it, desperate to find out whatever I could about her private social life. Unlike its fictional MMO representation of Volatameri, Cibele otherwise does a fantastic job in creating such strong engagement in such a short amount of time. From start to finish, you’ll be done with the game in around 90 minutes, but you’ll be hooked, transfixed, and left aghast once the whole thing is over. 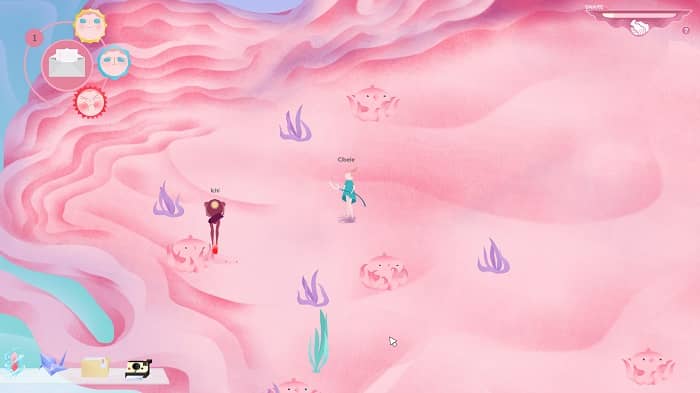 It’s safe to say that Cibele isn’t going to be a game for everybody. For those that can’t empathise with the goings-on inside a teenage girl’s head, it might seem a pointless exercise in vanity and self-deprecation, but for those of us who have been there, it’s a cleverly insightful and often painful reflection on a part of life we’d likely rather forget. Nina Freeman has unashamedly shared a part of her life with us and it’s a beautiful reminder that we’re not alone. As a video game, it’s obviously not action packed, but as an experience, it’s poignant, real, and very much worth your time.

Cibele is available on PC.