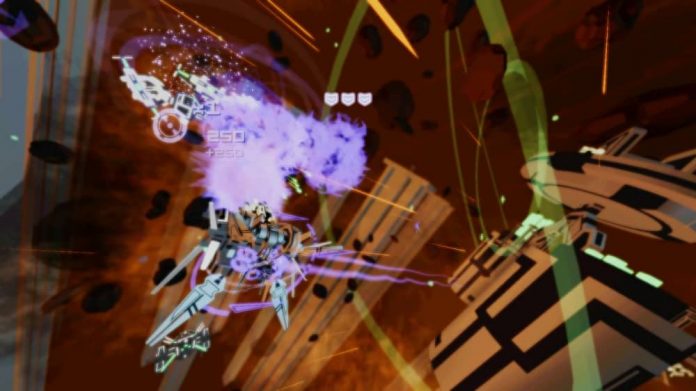 The first time you boot up Kraken Empire’s Kromaia Omega you are bound to be filled with confusion.

If not because of the menus that consist mainly of symbols, then certainly because of the story introduced to you at the outset that is as clear as mud. “No problem”, you think, “once I’ve actually started playing the game I’ll figure out what’s going on”. It’s a commendable sentiment, but the truth be told, it’ll be surprising if you ever do.

Like an abstract work of art, Kromaia Omega is simply mystifying; for better and for worse. You see, whilst its unique visual style, audio and story draw you into an experience that is largely a glorious assault on your senses, when combined with its chaotic gameplay it also often leaves you feeling disorientated and frustrated. Maybe that’s what it aims for – you are thrust into an abstract alien world full of hostility after all – but that doesn’t mean that it should get in the way of you having fun.

As a 3D shooter, Kromaia Omega plays just as you’d expect. The left stick controls your ship’s speed as well as strafing left and right, whilst the right stick controls your weapon-aiming cursor which is tied to your ship’s direction. You also have the ability to strafe up and down with the circle and X buttons – which is massively unintuitive since it requires you to momentarily relinquish control of aiming your ship – and rotate your ship left and right with the shoulder buttons. Infinitely more useful however, are the left and right triggers which are used to fire your secondary and primary weapons respectively, and also the triangle button that activates your ship’s boost function. The controls are largely typical for a game of its type and generally work quite well, with you quickly learning to make effective use of your duo of fire modes to dispatch foes whilst also using your boost to avoid attacks, but there’s also one other gameplay aspect that is unique but yet pretty much useless – the grapple. With a tap of the D-pad you can supposedly attach a grapple to an object or enemy and then reel yourself, but in all the time I spent playing the game I found that it rarely worked, and when it did it was pretty unhelpful. 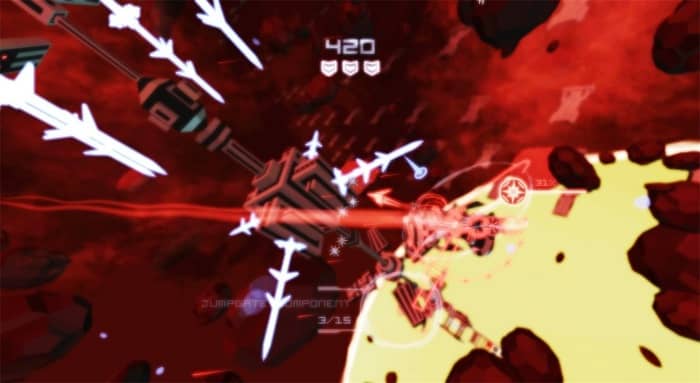 Starting out in a hub world, the aim of the game is to progress through four levels by collecting 20 spheres littered throughout them before facing off against a gargantuan boss. It sounds easy enough, but because of the sheer number of enemies the game throws at you, things soon start to get quite tricky. It doesn’t help that because of the basic nature of the graphics, it’s often not clear exactly what’s an enemy, what’s a projectile and what’s an obstacle, leading to you often take damage rather unfairly. You also need to be psychic at times, as enemies won’t think twice about charging into you from behind. Granted, you have a couple of indicators around your ship that point in the direction of the nearest sphere and any enemies in close proximity, but it’s not very visible in the heat of action. Luckily when you die, there’s a very lenient checkpoint system in place which starts you back pretty much where you left off whether it be heading towards a sphere or gearing up to take on a boss. It does take a lot of challenge out of the game, but it’s very welcome, as it allows you make progress whilst avoiding too much repetition.

Initially only one level is available, but after beating it you unlock the next level as well as a new ship variant, complete with its own unique arsenal. Eventually you’ll have made your way through all four levels on offer and unlocked four ships, but in order to truly complete the game you need to complete all combinations of both. That means you’ll have to complete each level four times if you want to take on the final boss in the hub world, which the cynic in me sees as a rather tiresome way of artificially increasing the game’s length. It’s unnecessary too, as with multiple difficulties available for the story mode, a score attack mode and a pure mode which has you attempting to play through the game with just one life, there’s plenty here for its modest price. There’s also the option to play the game in local co-op, with one person taking control of the weapons whilst the other one navigates the ship, but it’s as awkward as it sounds so it’s certainly not for everyone. 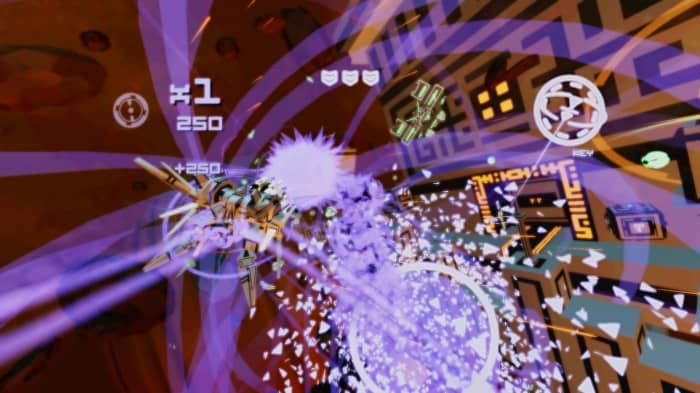 All in all, Kromaia Omega certainly isn’t a bad game, but it’s far from being great. Its unique audio-visual design is perhaps its greatest asset, but unfortunately the gameplay doesn’t always sit well with it, creating an experience that is at times unsatisfying. It also doesn’t help that some of its gameplay systems such as the grapple and the ability to strafe up and down are either useless or unintuitive. Despite these issues, there’s still some fun to be had here by shooter fans willing to put the effort in, and those that do so will be rewarded with their senses being titillated by Kromaia Omega’s charms.

Kromaia Omega is available on PlayStation 4.