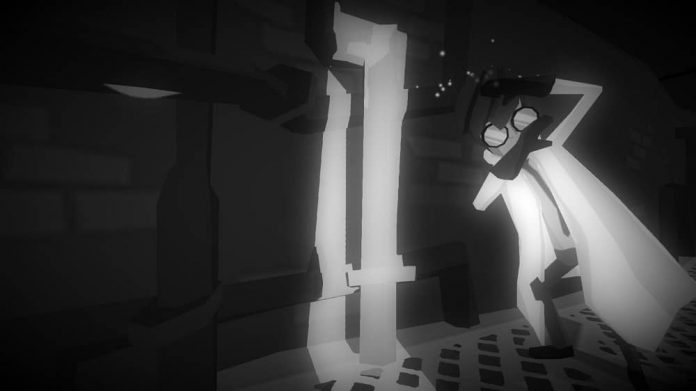 Initially I was really excited about One Upon Light.

After playing Limbo a couple of years back, my love of the monochrome art style blossomed and this game’s visual appeal was the first thing that caught my eye. The second, of course, was the puzzle aspect, and you’ll know by now that this humble writer does love a good puzzle game. One Upon Light takes light manipulation and turns it on its head unlike any other game before, using shadows to proceed as opposed to lighting one’s path, but does the design really work on the whole?

SUTD Game Lab presents our bemused scientist without formal introduction or hesitation and we’re thrown into game play on the get-go.  We wake with a head wrought absent of memories, our laboratory is in shambles and everyone is missing. To top it off we’ve now contracted the vampire syndrome: an aversion to light. It’s an issue so severe that even a second in its beam will result in a controller-shaking death. So, best to continue on like Nosferatu and stick to the shadows, using objects here and there to help you traverse the environment and solve the increasingly challenging levels to reach a newspaper clipping at the end. Yes, the newspaper clippings have been done before but it’s an effective little ploy to introduce the story bit by bit, helping our poor scientist piece together the moments he’s problematically forgotten. 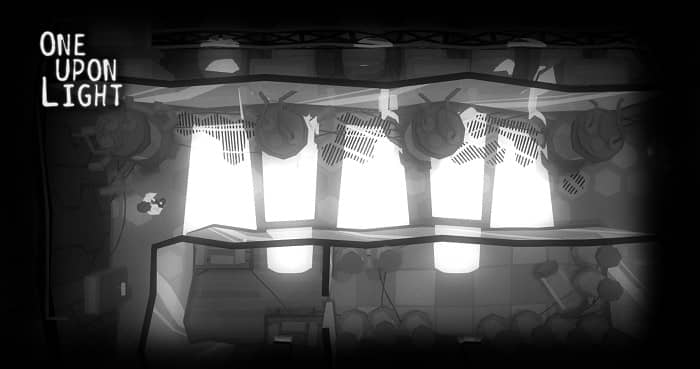 The use of shadow is a truly intriguing idea which, to the most part, is successfully achieved in terms of individuality and play, but I did meet with a few misfortunes during my experience. Though I love the shadow echo device and the use of movable objects to manipulate light in our favour, on several occasions – usually by gears or moving boxes – I found my character to be slower than the actual object. This almost always led to my death or a very, very close shave; neither result of which I was particularly pleased with. Another problem I encountered was several periods where the frame rate dropped, creating jittery movement and a small amount of lag, though this could be easily fixed with an update or two. No biggie.

When it comes to game mechanics, again, it isn’t innovative. With the usual controls of the analog sticks/D pad to move and X to interact with doors, levers and to push and pull boxes across the levels, it was hardly challenging to remember but it was all that was necessary. What did bother me was the pacing. Take Mike Bithell’s Volume for example; he introduces the game as a top-down puzzle platformer and as you progress through the levels, it builds difficulty and introduces new tech and abilities to battle the growing challenge. One Upon Light falls short of this standard, starting off strong but quickly fading into monochrome monotony as the level difficulty fluctuates. Don’t get me wrong, the difficulty is there but sometimes it becomes tedious when death follows any slight mistake so quickly. Thank god for SUTD’s bountiful checkpoints. As for variety of abilities or skills to increase your experience of the puzzle solving, it gives you virtual peanuts in comparison to others in its genre – but some would argue: does it need a field of peanut pegs to make it interesting? My feelings are still mixed. 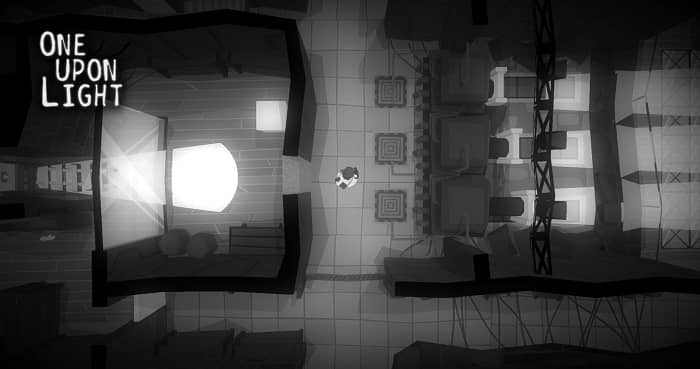 One final thing that nagged at the back of my mind was its level design. I think it’s a striking, beautiful game with a very unique style and crisp finish but one of the main problems I had was mixing greyscale colouring with a fairly busy environment. Understandably the setting has to be busy to reflect the chaos of a lab accident and the monochromatic design gives the impression of melancholy so I’m not just pointing fingers and pulling at threads. As the levels went on I found it harder to concentrate on anything, and even focusing on our scientist started giving me a headache after a while. Had there been something new or different introduced visually throughout the levels, such as points of interest in single colours or something to spark my brain into action, it could have acted as a pallet cleanser to freshen up the game.

Overall I’m quite happy with my experience of One Upon Light. It was nice and simple: like a walk down to the local shops – if you have to run between the shade of trees and fences to avoid the sunlight, that is – but it’s your plain old vanilla ice cream. I wanted a knickerbockerglory experience, like I had in Volume, and can’t help but feel a tad unsatisfied by the sour taste left in my mouth.

One Upon Light is available digitally on PlayStation 4.