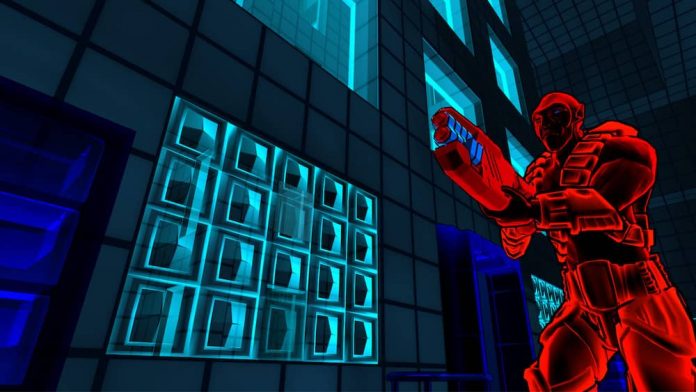 Off the bat, I had a bad feeling about Deep Fried Enterprises’ ROOT as soon as I clicked play and the only option I had under “Graphics Options” was “On.”

It was with a sigh of deep regret that I continued into the game to find spelling mistakes within the first few moments. I can’t say it got any worse from there, but it didn’t exactly become my favourite game either.

ROOT puts you in, as the developer put it, “the inexpensive loafers of expert hacker Edward Summerton”. Your mission, should you choose to accept it, is to achieve total root access to the system of an all-powerful and mysterious corporation. Yes, the entire game is set within a computer system with abstract Tron-like aesthetics, though just slightly less interesting and satisfying. I have to give the game some respect in its originality when it comes to the protagonist’s signature weapon, I can’t personally recall another game giving its players an old-fashioned billy club as a starting weapon.

A perhaps redeeming factor of the game is its core stealth mechanic. As boasted on the game’s Steam page, ROOT’s stealth mechanics are far dissimilar to those in popular games like Assassin’s Creed in that when you’ve been seen, you’ve been seen. Once you make yourself known there’s no safety net, no increasing level of alertness, enemies will open fire. Enemies are considerably stronger than players and so a full on fire-fight isn’t really something to actively look for – regardless of what weapon you may have equipped at the time – unless you happen to be in need of a significant increase in difficulty. It’s not too arduous a task to remain unseen by enemies, however; there’s a somewhat clumsy peering-around-the-corner function that simply shifts the camera slightly to the left or right while remaining in cover, and practically any physical object can be used as cover. While it’s recommended to use a melee attack to incapacitate enemies by creeping up from behind and whacking them in the back of the neck (the game makes it very, very clear that you are only to hit the back of the neck), there is a selection of guns for players to find and equip, ranging in strength and range, in case the whole stealth thing becomes too dull. 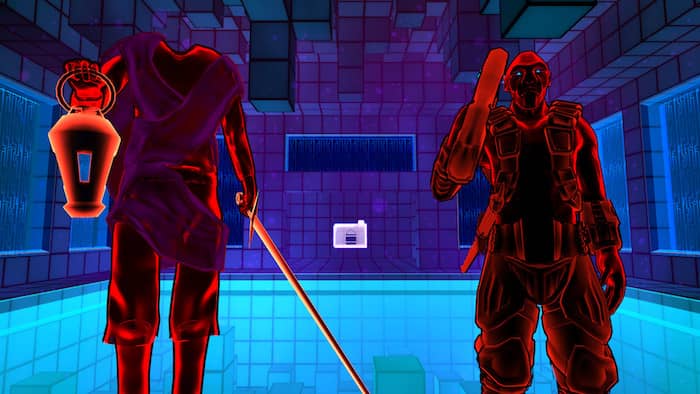 Within the first couple of moments during the second level I felt like I’d played this game before, and I soon realised it’s because I’ve played Deus Ex: Human Revolution. It seems ROOT may have taken a couple of royalties from the 2011 hit. The movement itself feels a lot like Deus Ex, especially when I climbed into my first air vent; just the way the vent opened and how I had to use physics objects to position myself at the opening, it felt like a direct copy! At this point, I’d just wait for Deus Ex to go on sale on Steam and get that instead; it’s ROOT but prettier.

I’m not sure how I feel about the narration. It’s the kind of humour I’d use in my writing, twisting clichés and using a certain cynical tone that tickles most, however I feel like they’ve tried too hard to insinuate that the protagonist is in no way not completely and utterly mediocre. I can appreciate what they’ve tried to do, and some of the dialogue lines from the narrator/guide character are genuinely funny, but it does seem they’ve overdone it a touch. The story itself is generic enough to not care about if you’re just looking to pass time, but written well enough that it’s not painful to observe. 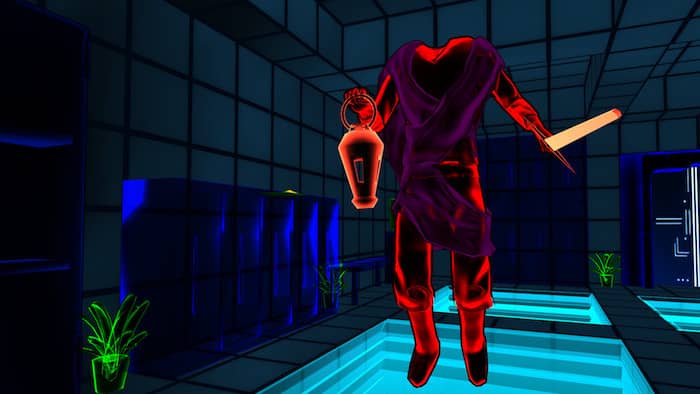 ROOT is a tough game to review impartially. It’s not a bad game, though there are a few too many negative aspects over positive ones. I’ve played far worse. It’s not a game someone for who dislikes a slow pace and a deliberate lack of detail, though it does have some redeeming features. If, for some reason, you’ve ever wondered what Deus Ex would be like if an indie developer had made it, then you might get a bit of enjoyment out of ROOT.

ROOT is available on PC.