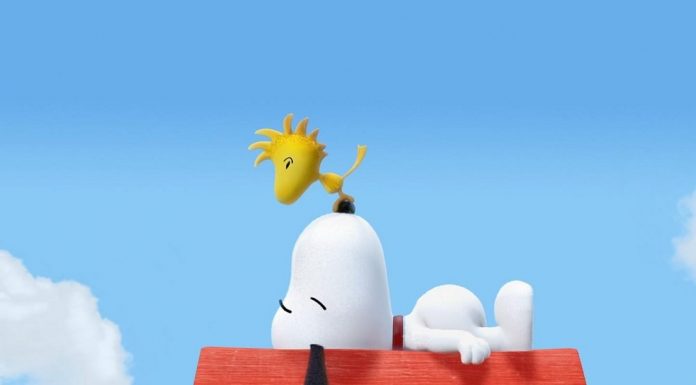 In my late 20s, I’m not exactly the intended target audience, but that doesn’t get in the way of me enjoying a laid-back and enjoyable romp through its bright and colourful levels.

When I say a simple platform game, I mean about as simple as you can get. In control of the titular Snoopy, you have two actions: run and jump. Yup, that’s it. You may as well forget the majority of buttons on your control pad, as you won’t be needing them. You’ll also have a third action to use, depending on what outfit Snoopy is wearing. By default, he can hover in the air by holding down the jump button, but unlocking new outfits as you progress through the story will grant a new skill, e.g. a double jump, the ability to climb up vines, or a quick dash.

There are six worlds to progress through, each with a particular theme. Every world has four levels, followed by a “boss”. Well, I say boss, but what I actually mean is a large entity that is representative of a typical boss but is in no way as dangerous or imposing as the word “boss” implies. Imagine the exact opposite of Dark Souls. On defeating the boss-like being and finishing each world, you rescue one of Snoopy’s friends – Charlie Brown, Linus and co. – and unlock the next set of levels. Once all friends have been rescued, the game is complete. 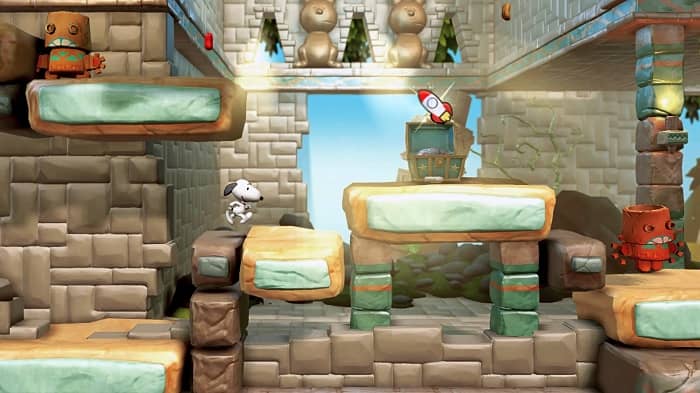 If you’d like more of a challenge – again, I use this term quite loosely – each level has collectibles to find. There’s 300 jelly beans, and six “Beagle Scouts” to find dotted around each level. Most of the jelly beans are in plain sight, but some require you to have a particular outfit to make use of a certain skill to access. If you’re looking to finish the game to 100% completion, you’ll have to revisit some levels once you’ve unlocked all the outfits. Even having to replay most levels, you’ll get 100% within about six hours, so achievement/platinum hunters take note.

Graphically, Snoopy’s Grand Adventure is nice to look at. The art style is simple yet effective, though whilst Snoopy’s character model is pleasant, it’s a little too simplistic and lacks some basic animations. When wearing a costume – i.e. a “superhero” mask – it’s clearly just doodled onto his existing character model, which is fine, but during extra animations (if you take damage, for instance), your costume often completely disappears for a few seconds. It feels rather lazy. The framerate is also something of an issue, with the game becoming very sluggish in certain areas. It’s not gamebreaking, but considering the simplicity of the game, it’s inexcusable. 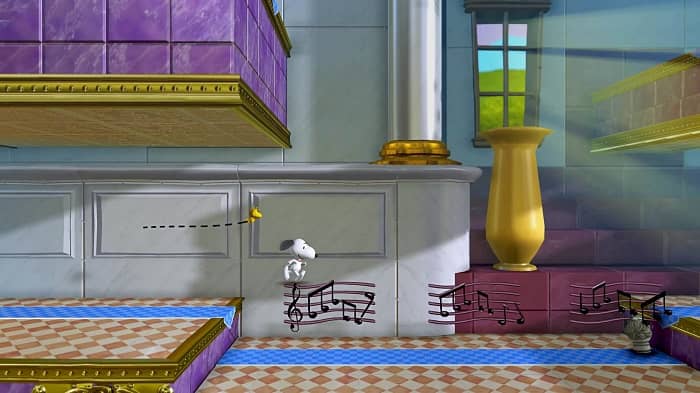 Taking into account that the target audience of the game is primary school-aged children, there isn’t too much to complain about in Snoopy. It’s fun, colourful and not in any way offensive – even to the point that you can’t permanently kill any of the enemies, merely “stun” them for a few seconds. This is more a hindrance than anything, especially when you’re retracing steps in a level to find missing collectibles. Still, nothing poses much of a threat but considering the only way to knock out anything is to jump on its head (it’s-a me, Mario!) , it can get a bit tiresome.

It’s worth noting that the game can be played in local co-op, but the mode is a bit of a let down. Player two gets to control Woodstock, who can fly around the screen and activate switches to open up shortcuts for Snoopy to pass through. It’s more or less a pointless addition to the game – whilst the shortcuts are handy, you can’t do anything else as Woodstock, so being a second player is boring and unrewarding. Personally, I connected a second pad to move Woodstock when I needed him. Restricting the shortcuts to player two is illogical and pointless, and mapping Woodstock to one of the many unused buttons on your own pad would have been much better. 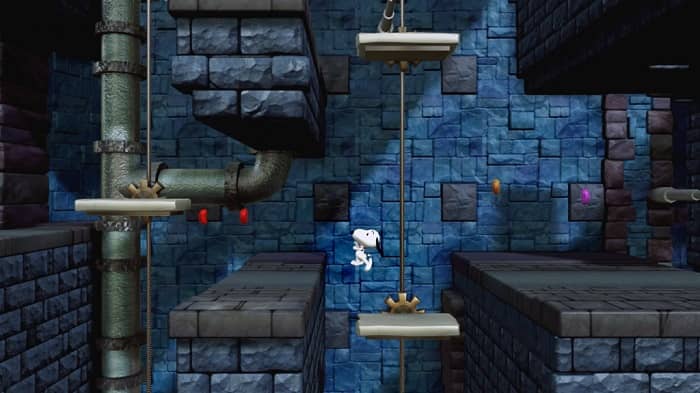 As one of only a few platform games available on current gen consoles, Snoopy’s Grand Adventure doesn’t have much competition, and if you’re a fan of the genre you’re sure to find a few hours of mindless fun with the game. Younger children – especially fans of The Peanuts Movie or Snoopy in general – will undoubtedly enjoy running and jumping around the colourful levels, and for the rest of us, there’s the lure of easy achievements/trophies. Don’t expect anything amazing, but Snoopy’s Grand Adventure is a solid platforming title that any age will get some enjoyment out of.

Snoopy’s Grand Adventure is available on PlayStation 4, Xbox One, PlayStation 3, Xbox 360, Wii U and 3DS. We reviewed the PlayStation 4 version of the game. Buy now from Amazon.