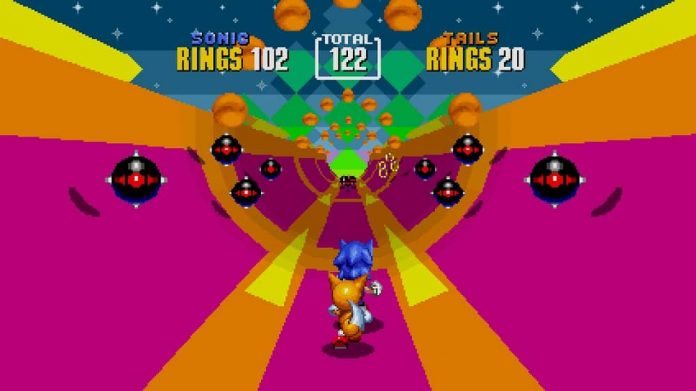 It’s impossible to underestimate the impact of Sonic The Hedgehog on the gaming industry.

Almost overnight, it turned Sega from just another player to the undisputed king of the video game industry. Sega’s reign might not have lasted, but Sonic’s legacy has. He still remains one of our favourite video game icons and so it’s brilliant to see the game regarded as his best outing appear on the Nintendo 3DS thanks to M2 and Sega’s brilliant 3D Classics series.

Not only did the release of the first Sonic sequel break sales records, it also captured the hearts of gamers everywhere as it managed to improve on the first game in almost every way. Sonic 2, like the original game, was a perfect example of just what the Sega Mega Drive was all about, and the biggest advantage it had over the rival Super Nintendo: speed! Not only was Sonic running about at breakneck speeds, but he was joined by Miles “Tails” Prower, a fox with two tails who could be controlled, albeit in a limited capacity, by a second player. Many of the more sadistic gamers out there will remember always trying to kill him in the most spectacular fashion, only for him to reappear moments later! But that wasn’t the only key feature that Sonic 2 added that would be become a staple of the series; this game also introduced us to the spin attack, which added even more speed to an already lightning-fast game.

Sonic 2’s levels are quite similar to those in the first game, though slightly larger in size and in some cases, a little more complex. The highlight is definitely the Chemical Plant Zone, for its music more than anything, which remains one of the greatest tunes to appear in any video game. The biggest difference in the level structure comes with the introduction of a new bonus stage. Gone is the spinning maze of the first game, and in its place is an even more technically impressive pseudo-3D halfpipe dash. This bonus stage provided much of the inspiration for later 3D Sonic games and, even more so, spin-off titles such as Sonic Dash. The ultimate aim of Sonic The Hedgehog 2, as before, is to try and collect all of the Chaos Emeralds. Although the game can be completed without doing so, the true way to finish any Sonic game is with a full set of gems. 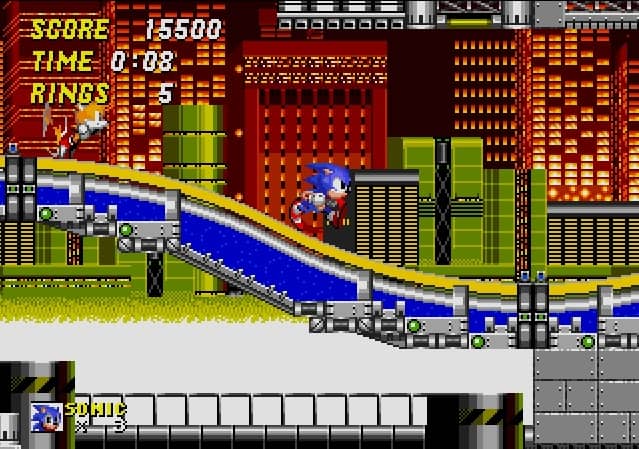 As you’d expect, the 3D elements of Sonic 2 transform incredibly well to the 3DS, and the bonus stages seem better than ever before. Once again this is not just a flawless copy of the Mega Drive game; the added 3D bumps it up another notch. Sega and M2 have also added extra options that were not present in the original game such as a level select, “Ring Keeper” mode (you start with rings and only lose half when hit) and also a new two-player mode. The latter is definitely the best of the lot, allowing you and a friend (who must also have the game) to race each other over a number different stages, much like the two-player mode in Sonic 3. There is also all the standard features you now expect from these Sega 3D Classics such as region swapping, difficulty modes, screen/display options and adjustable sound levels.

If you have a 3DS and you love platform games, then this game is pretty much unmissable. In fact, I can’t actually think of a single reason why you would not want to own this game. It’s no secret that I absolutely hate most platform games, and even I love Sonic 2! It really is that good. In fact, I would be inclined to go out on a limb and say that Sonic 2 is still the best platform game ever made! Agree or not, I don’t think anyone can doubt its quality: Sonic 2 is a great price, for a great game, on a great system and a great way to waste some time.

Sonic The Hedgehog 2 3D is available digitally on Nintendo 3DS.