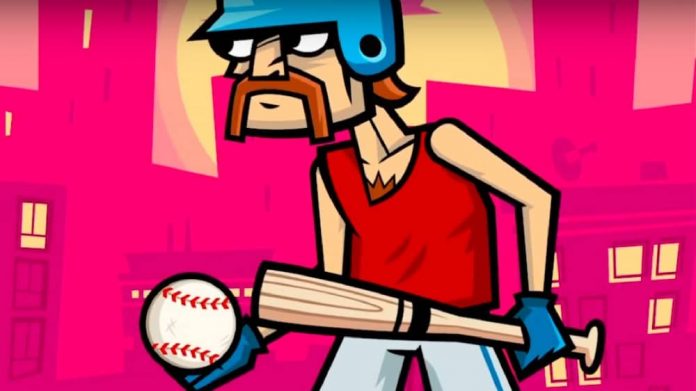 Are you familiar with a game called King Oddball? Or even Tennis in the Face? If you are, then you’ll know just what to expect from Baseball Riot, the newest game from physics-puzzle peddlers 10tons Ltd.

When superstar batter Gabe Carpaccio is forced to accept retirement from the game he loves, the nefarious Explodz Inc. is quick to ride on the coattails of his success and take over his baseball team. Enraged at the prospect of Explodz Inc. ruining what it had taken him years to build up, he decides to take action in the only way he knows, and so with bat and ball in hand Gabe heads out to put an end to Explodz Inc.’s evil schemes.

Featuring over 100 levels split over eight areas, Baseball Riot offers a vast amount of content for its economical price of £3.99. Unfortunately, you’re likely to tire of its repetitive trial and error gameplay before you’ve finished it all. The gameplay is simple, perhaps a little too simple in fact, with the only thing you have to consider being the aiming of Gabe’s baseball shots. You see, each level presents a conundrum: armed with only a baseball bat and three balls, just how do you take out all the Explodz fanatics whilst collecting as many of the three stars as you possibly can? The answer is, you have to try and figure out just how the ball is going to bounce and travel once you’ve hit it in order to make each shot count. With an inability to fine tune Gabe’s position or even the strength of his shots however, your options are very limited, meaning that Baseball Riot truly is a game about angles. 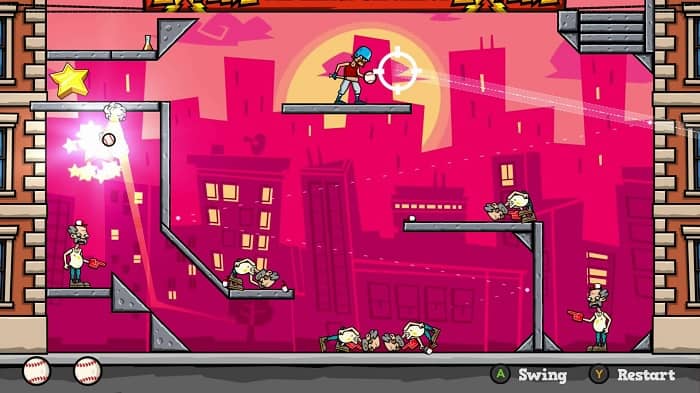 Each of the eight areas that you progress through introduces a new type of Explodz fanatic for you to deal with, ranging from bearded hipsters to jobsworth umpires. Whilst many are mere cannon fodder, dropping as soon as the baseball so much as touches them, some, such as the catcher, pose a credible hindrance due to their ability to actually catch the ball. By the time you’ve reached the sixth area or so, the opponents you face in each level can be quite varied indeed, forcing you to think strategically as to how you can take them all out. Of course, as you progress, new environmental objects are introduced too that can also help or hinder your cause.

Panes of glass for example, break upon impact, bringing a swift end to your ball’s travels, whilst unopened tubes of balls burst open when hit, pummelling targets with reckless abandon. One issue I did have though is with the Explodz containers that litter some of the later levels. When it was a simple matter of destroying them to make taking out enemies easier, they worked just fine and dandy, but on the few instances where they were supposed to be the catalyst for a chain reaction, sending forth an adjacent object to eradicate an awkward to reach foe, it simply did not work. Luckily, on the few levels where the chain reactions were supposed to occur the issue was not game breaking – I managed to make my way past them with some luck and persistence – but nevertheless, it added difficulty and frustration to game that already tests your patience a great deal of the time. 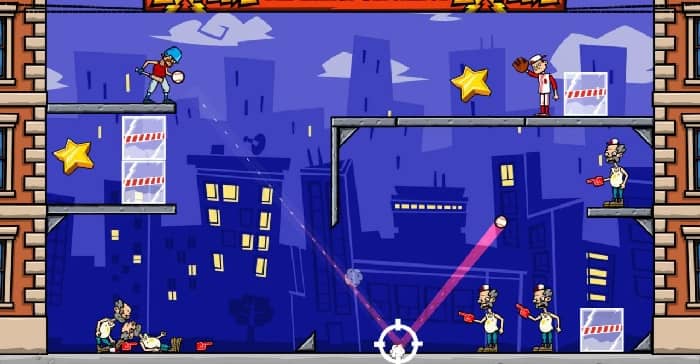 Being a fan of both King Oddball and Tennis in the Face, I found Baseball Riot largely disappointing. Whilst it’s nicely presented, with basic yet appealing visuals and enjoyable music and sound effects throughout, after recently enjoying the more developed physics-puzzler Super Party Sports: Football it all just feels a bit old and restrictive. Being able to only aim your shots means you don’t really feel like you have much control over them, and the fiddly aiming system frustrates as it makes the pinpoint accuracy required to complete some levels overly difficult to achieve. Eventually, you resort to taking a trial and error approach to completing levels, restarting time and time again after failing to make your first shot count. This is where Baseball Riot really breaks down, as a puzzle game is useless when you feel that success is more down to luck than skill or judgement.

Overall then, Baseball Riot is more of the same from 10tons Ltd, only this time with added frustration and a whiff of staleness. Hardcore fans of their previous games will undoubtedly find some entertainment, but they’d be blinkered if they didn’t see Baseball Riot’s shortcomings, especially with regards to its broken Explodz container game mechanic.

Baseball Riot is available on Xbox One.