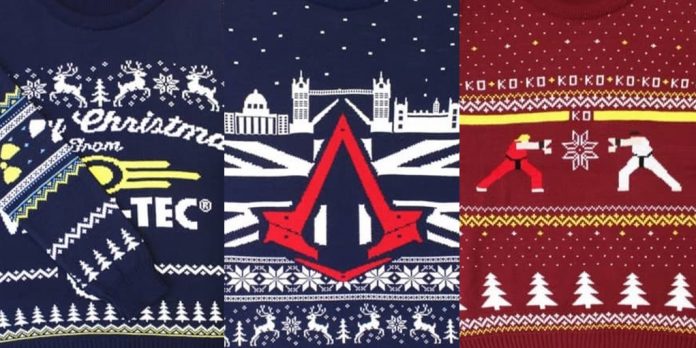 Only two weeks to go until Christmas, guys!

We know you’re having a dilemma: you want to get into the spirit of things by sporting some kind of festive-themed knitwear, but you don’t want to relinquish your gamer-cred by wearing something so uncool like a picture of Rudolph. Never fear, we’ve got just the solution for you: game themed Christmas jumpers! 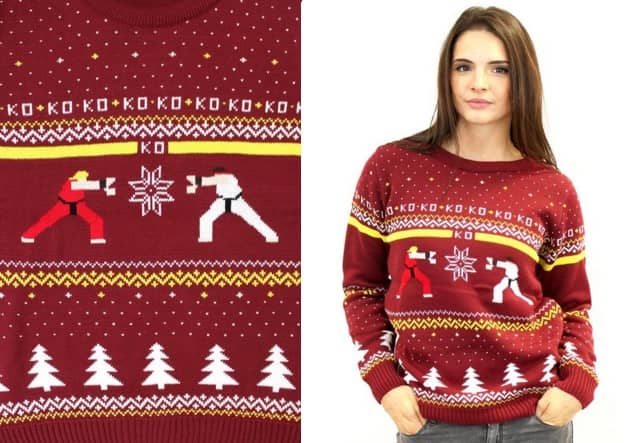 Have a hadouken Christmas with this Street Fighter game themed Christmas jumper. What’s not festive about beating the crap out of your rival? 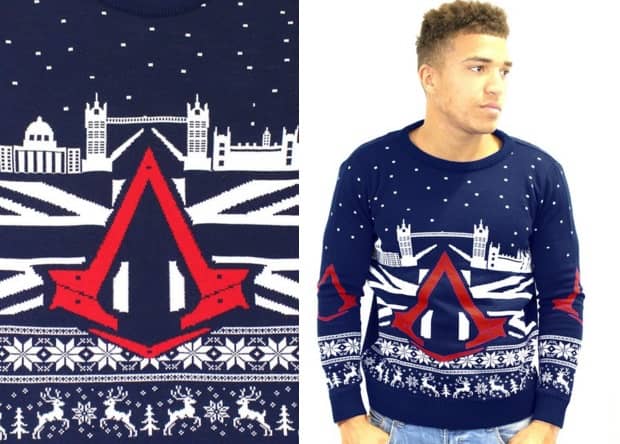 With a fabulous snow-topped London skyline and the Assassin’s Creed logo taking centre stage, this Syndicate knit is one of our favourite game themed Christmas jumpers. We’re not sure keeping your hidden blades up the sleeves will do the wool much good though…