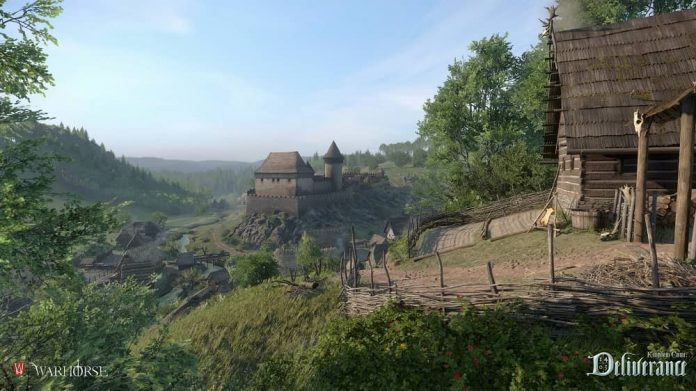 Developed by Warhorse Studios, Kingdom Come: Deliverance is a realistic first person RPG set in the medieval Kingdom of Bohemia.

I’ve kept my eye on Kingdom Come: Deliverance for a little while now even though I haven’t stepped into its world. I really like watching how the game progresses as its inundated with patches and bug fixes. I’ve also been following Warhorse Studios through YouTube and social media, and they seem hellbent on creating an authentic experience for their players, seemingly slugging away in their offices 24/7 to make sure they keep ticking boxes and moving forward with development. Daniel Vávra is the project lead and he’s worked on the Mafia series in the past. A very talented individual, already bringing us a series known for its great storyline, this change in direction allows him to channel his creative might into a fresh title that he’s undoubtedly wanted to work on for a long time. Already bodes well. 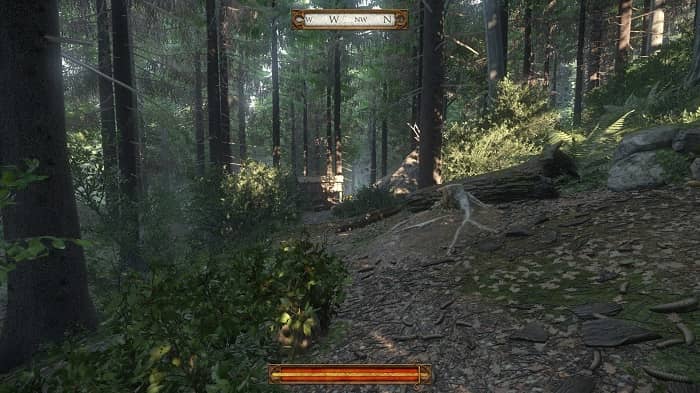 It’s the year 1403 and you’re the son of a blacksmith who looks to prove himself after his family has been slaughtered. You’re no hero and it’s up to you to create a legacy. As you make your way through the game, your actions will determine how your stats grow alongside your reputation. “Make your way through the game” can be interpreted loosely. Meaning I could make it big-time, rocketing my medieval grime tune into the top of the 15th century charts, beating the local village boy (who looks remarkably like Justin Bieber’s ancestor) in the process and becoming the bard Bohemia always hoped for. Or I could become a valiant knight, trotting about, mainly killing, doing some saving here and there. They’ve recognised it’s an open world for a reason, aiming to provide players with an organic adventure; letting you do what you enjoy doing, and accommodating character growth to reflect that.

One thing I can’t get enough of is simply gawping at the graphics: it’s reminiscent of The Witcher 3 and even The Elder Scrolls IV: Oblivion if you went about combining the two. The CRYENGINE has given them the reigns to produce some pretty authentic scenes to the point where it looks similar to real-life. I’ve heard Kingdom Come: Deliverance has the prettiest woods in the industry and this is largely due to the stunning lighting system they’ve got access to, along with a staggering attention to detail.

When they said “realistic” they really meant “photo-realistic”. 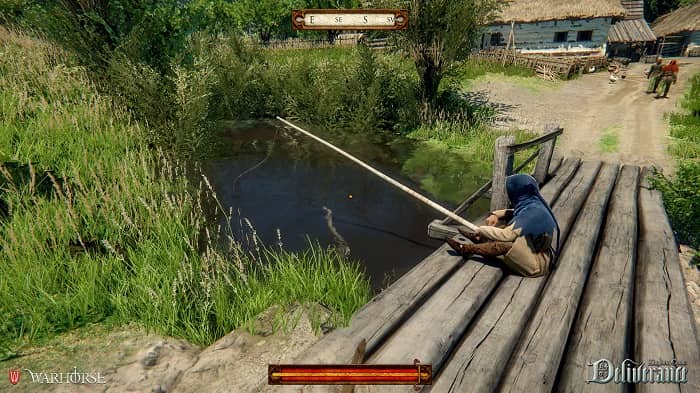 Kingdom Come: Deliverance is focusing heavily on player freedom, allowing the player to get up to all kinds of medieval mischief. Warhorse Studios are tired of the boring clichés that come with most RPGs, so they’ve decided to cut down on the number of quests to ensure that each is rich in content.  Many RPGs fall victim to bland and uninspired quests, with studios seemingly pouring all their energy into everything but one of the most crucial aspects. As a student I’d say that they aren’t falling into the trap of “blabbering on” to fill the word-count, but have done their research and planned ahead; very studious. Will the final product show this? It’s a tough ask, so I’ll virtually extend my hand and gingerly pat them on the back, “Good luck brethren”.

Branching storylines are in fashion and you’ll find them here, alongside in depth-crafting options that won’t have you scrolling through a menu. If you want to craft the sword you’ve always longed for, you’re going to have to play a mini-game to do so. Whilst this may fulfill their intent to make crafting a more interactive experience, it could get a little irksome when you’ve had a bad day in the chain-mail and want to craft your dagger quickly.

Kingdom Come: Deliverance shares a bunch of mechanics with other AAA titles, but looks to separate itself by making you cherish every Bohemian moment. Battles aren’t going to be coming at you thick and fast; rather Warhorse have held them back, making sure that they’re climactic and not just like any old fist-fight in the tavern. 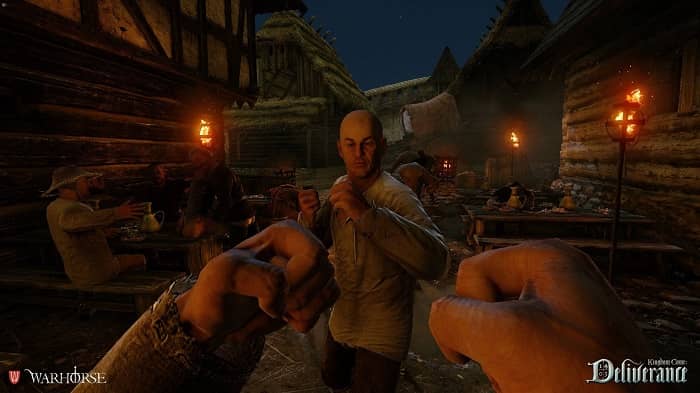 Combat is a main focus, based on actual 15th century techniques. It’s said to be their “most challenging feature” and boasts a ton of variety in which to swing, prod, shoot or block. I’m not well versed in my 15th century combat, but I assume it will involve a little more than the hapless swinging that most Bethesda RPGs have to offer. And just a quick note, I like hapless swinging, but I also like violence that requires thought.

“Inverse kinematics” is looking to add some depth. Before you imagine a montage where scientists pour chemicals into test-tubes muttering “science” to one another, they’ve just stated something pretty simple: “When you hit something, your hands and weapon, not just your target, react accordingly”. It’s meant to determine the reactions of both combatants based on the speed and weight of a blow, adding a touch of realism to combat and the potential for interesting reactions between weapons. A huge mace colliding with a tiny broadsword may stagger your opponent or wrench their arms out of position, exposing the opportunity for a finishing blow.

With 36 body parts programmed for a battering, it does seem likely we’ll get a game that’ll manage to marry a first-person perspective with thoughtful and weighty combat.

For more, check out these videos…

In this short video, Daniel Vávra from Warhorse Studios introduces us to Kingdom Come: Deliverance and explains why he developed the game using CRYENGINE.

Here’s the latest update video from Warhorse Studios, you’ll find a bunch of similar content over on this YouTube channel too.

To date, Warhorse Studios have gathered a staggering $2,551,405 from its generous backers; people see something in this game, and it’s easy to see why. Make sure you keep your eyes on Kingdom Come: Deliverance, it’s definitely one to watch.