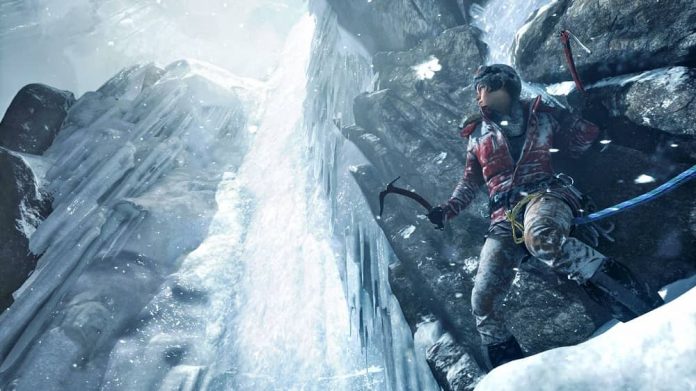 You’d think that after witnessing the death of many of her friends on her last expedition that a young archaeologist like Lara Croft would shy away from danger and adventure.

Surely discovering ancient temples and raiding treacherous tombs isn’t worth the wrath of an ancient civilisation or the force of an evil corporation? Well, okay then, maybe it is. But for Lara, her latest adventure in Rise of the Tomb Raider isn’t just about discovering hidden treasures or exploring forgotten locales anyway; it’s about finding out the truth and making her own mark on the world.

Picking up shortly after the events of 2013’s Tomb Raider, our favourite well-spoken but often foul-mouthed heroine is still trying to piece together the supernatural events she faced on her last adventure, turning to her late father’s research for the breakthrough that she needs. Learning of the lost city of Kitezh – a place that may hold the answers she’s looking for – curiosity gets the better of her, and she once again sets off on a wild and dangerous journey. Unfortunately, she’s not the only one looking for Kitezh; the ancient and corrupt organisation Trinity has also caught wind of something important hidden in the lost city, and so as Lara frequently proclaims throughout the game, “she’s got to get there first!”

After an impressively dramatic opening sequence, we’re thrown straight into the action as Lara and her familiar travel companion Jonah are climbing up the face of a mountain. From here on out, the pace of the game rarely falters – action and adventure is what Lara does best, and Rise of the Tomb Raider certainly doesn’t fail to deliver. Within the first five minutes, we’re rappelling over dangerously high cliffs, free-falling down a mountain side and scaling treacherous sheets of ice. It’s impossible action at its best; this is a game that sets out to get your adrenaline pumping whatever the situation – and it truly succeeds. 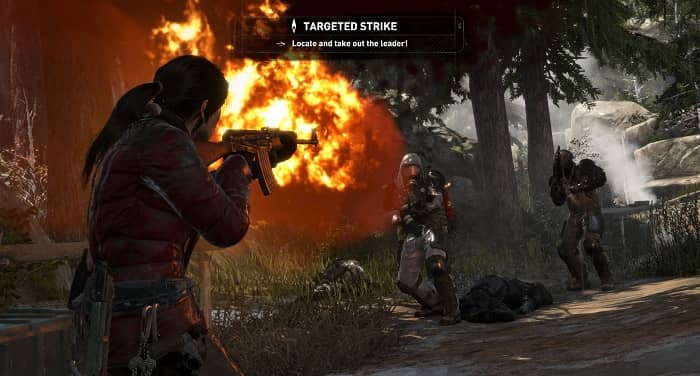 Visually, Rise of the Tomb Raider is quite the treat. During the 20-odd hours I spent in the game, the framerate remained solid and rarely faltered. Character models are much-improved from 2013’s Tomb Raider: Lara herself looks slightly different, her facial expressions and movements feeling altogether more realistic; she feels more human than ever before. The star of the show is undoubtedly the wealth of incredible locations, however: from abandoned Soviet camps to breathtaking mountaintop ancient villages, each location has been fully realised and meticulously crafted. Whilst the world on offer in 2013’s Tomb Raider was vast and impressive, Rise of the Tomb Raider takes it to the next level, with more freedom to roam and explore than ever before. Whilst still not technically “open world”, each location on Lara’s map can be fast-travelled to by using any of the campfire checkpoints, and each area has a wealth of extras available either alongside the main campaign or as end-game content.

Like its predecessor, Rise of the Tomb Raider fleshes out the content of the game with plenty of collectibles to find hidden across the map. There are also several challenges in each area, upon completing which you’ll be granted bonus experience points. These challenges vary in their requests but are never too taxing; most often they involve trawling the immediate environment to find certain objects – i.e. destroy soviet flags or burn offending posters. Brand new to the game however, are side missions, where various NPCs spread out across the map will offer you secondary tasks to do. Awarding you specific rewards for completion, such as new costumes or tools, these side missions offer a nice diversion when you tire of raiding tombs or progressing on with the story. Whilst none of the challenges or side missions are very time consuming, they are a welcome feature for those wanting to spend more time with Lara and to have a deeper immersion into the game world. 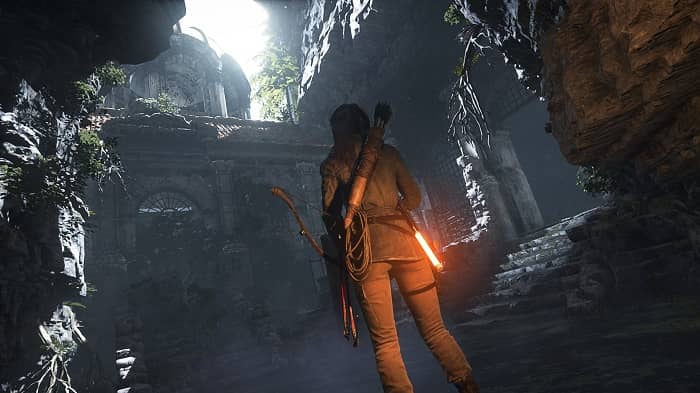 One thing we’ve all come to expect from the Tomb Raider franchise over the years is a healthy balance of action and puzzles, and in this regard, Rise of the Tomb Raider does not disappoint. Largely derided in 2013’s Tomb Raider, the “optional tombs” return, but this time they are bigger and undoubtedly better. Feeling reminiscent of Tomb Raider conundrums of old, each optional tomb consists of an immersive puzzle that needs to be solved in order to claim the prize it holds, and with some pretty nifty rewards on offer, they’re worth doing. The puzzles are new variations on the formula that’s been working for Lara Croft for years: explore the immediate environment, find things to interact with, and use your logical reasoning skills to work out exactly what you need to do. The difficulty of the tombs vary greatly, with some being much more obtuse than others, but each provides the same amount of satisfaction and fulfilment when you’ve had your “a-ha!” moment and managed to crack it.

Away from puzzle-solving, Lara’s just as mean a killer as she ever has been. Humans, animals, supernatural entities; she takes on all of them with ease, finesse and purpose. Equipped with a formidable armory of weapons which can be built upon and upgraded as the game progresses, both gunplay and archery is implemented well, with aiming controls feeling natural and responsive. The only area the combat falls down on a little is melee, where the only attack at hand is an unrewarding mash of the Y button. When stealthily approaching an enemy, just one tap will take them out (sometimes in an incredibly brutally way – try it when you’ve got a glass bottle in your hand), but should they turn around and catch you, your melee attacks are a little underwhelming. Perhaps this is entirely purposeful – after all, it’s easy to forget that Lara is just a slight young woman and we can’t realistically expect her to easily tackle a hulking beast of a man with just her bare hands – but considering the overall level of brutality elsewhere in the game, a few more melee moves up Lara’s sleeve wouldn’t have gone amiss. 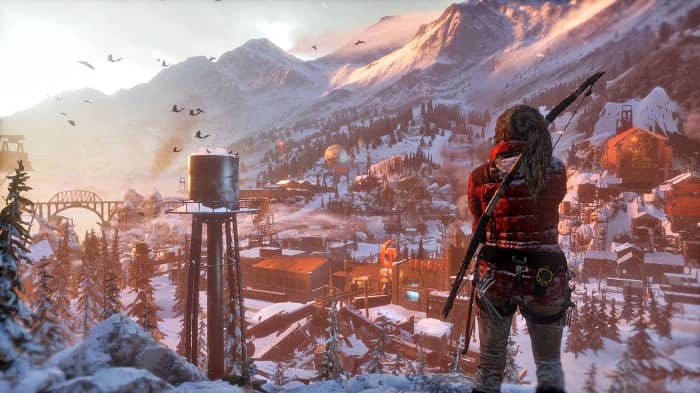 Bigger, better and bolder; the only possibly negative thing I can say about Rise of the Tomb Raider is that it doesn’t exactly break any new ground. As an evolution rather than a revolution; it follows on perfectly from 2013’s Tomb Raider, and just like that game, it borrows themes and ideas from many other adventure games that came before it. In the end however, it’s all done so well that it doesn’t really matter. It may feel familiar, but it’s a warm and welcoming kind of familiar, building upon the best elements of any previous adventure games to create what is quite possibly the best title currently available on Xbox One – and certainly Lara’s best adventure to date.

Rise of the Tomb Raider is available on Xbox One, Xbox 360 and is coming to PC soon. We reviewed the Xbox One version.