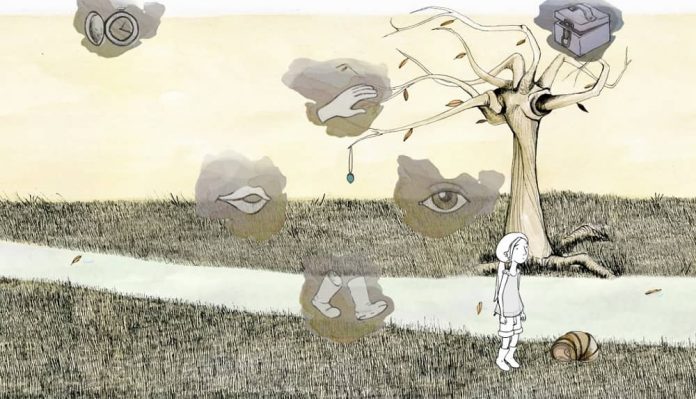 In a world where games are flourishing and thousands of people build interesting, entertaining products each year, it’s hard for a single game to stand out. If there’s one ultimate thing I’ll say about The Rivers of Alice it’s that it certainly is unique and undeniably stands out from the crowd.

Created by Spanish developers Delirium Studios, The Rivers of Alice is beautiful point-and-click adventure game that can simply be described as “gentle”.  With its no-rush gameplay, Alice plods along each different environment as she’s faced with a surreal dreamscape and encounters various different characters. Throughout the game you have 20 puzzles to solve, some of which are straightforward, others of which aren’t quite so much; a few of which I actually had to look up the solutions for. In these 15 screens we meet 10 characters with 11 sounds environments and 13 select compositions – that doesn’t sound too impressive yet, right? – but what really attracted me to the game in the first place was the understanding that the character animation was all drawn, inked, painted by hand and arranged in a series of stop-frame animations. For a two to three hour game I’d only grasped the amount of work that had gone in after I’d completed it. With 700 protagonist animations, 177 conversations and 717 objects and characters in over 1500 illustrations, it really makes you stop and think about this game in a new light.

Another thing I’d not realised until completing my post-play research was that Delirium Studios worked together with Vetusta Morla (a Madrid-based band) and Bilbao-based graphic designer and artist, Ane Pikaza, from the beginning. Beginning in 2012, Delirium Studios started working on their first puzzle designs, scenery and characters, and Vetusta Morla took inspiration from it to build their exclusive soundtrack. Personally, I love this approach to collaborating; similar to what I’d learnt from researching into, and watching the behind-the-scenes, of The Last of Us. To watch Gustavo Santaolalla produce such a wonderful soundtrack from just being told the story and themes of the game and being unrestricted in his creativity was something I wish there was more of in the industry. This method seems to produce a more fitting, less dense sound that makes the players not only want to buy the game but the soundtrack as well. 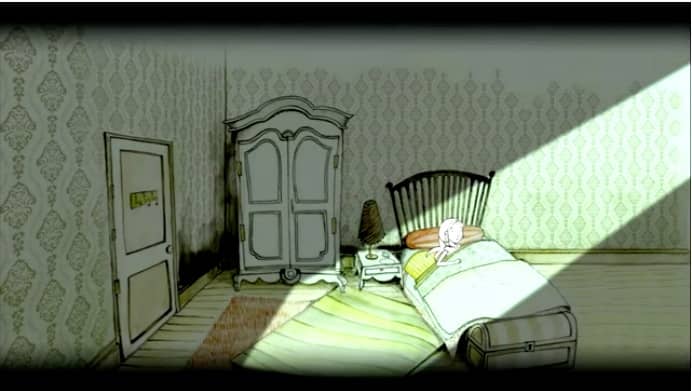 This is what I find most enjoyable about playing indie games. Rather than looking at the product as a whole, indie games seem to use creativity to their advantage much more than AAA products. In games such as The Rivers of Alice we can take into account the individual components of the game and appreciate them for what they are – each element has its own unique, but complimentary, flavour which makes the game three-dimensional. Its art style, score and game play are all easily distinguished and you can tell each detail has been thought-through. Ane Pikaza’s crisp art style sets the tone of the game and without it there would be an entirely different feel to it despite the music and pacing. Her initial use of ink and colour mirrors those of night-time dreams before moving to match the mood of each scene, and her use of texture and minimalism gives it a really fresh feel. What’s particularly lovely about it is that her style is unwavering through The Rivers of Alice and all of her own art work as well.

When we ask ourselves “is The Rivers of Alice a puzzle game?” I’d have to nod profusely and say yes, yes it certainly is. Alice enters her dream world each night to face her fears in a less direct manner – sloth, envy, dishonesty – and we as the players have to help her along the way. Should you die in any of these conquests, however, you merely wake up from your dream and quickly fall asleep again to return to the last checkpoint. As I mentioned before, some of the puzzles are a little bit more difficult than others, and with very little babying along our journey sometimes the delay in a puzzle’s solution is dampening on the experience. It’ll suddenly go from an enjoyable, relaxing journey to a rage-quit affair (depending on one’s patience meter, of course). If they had included a little bit more description with the sloth’s solutions it may have made things less frustrating if you couldn’t understand the pictures but it’s not something I’m dwelling on. 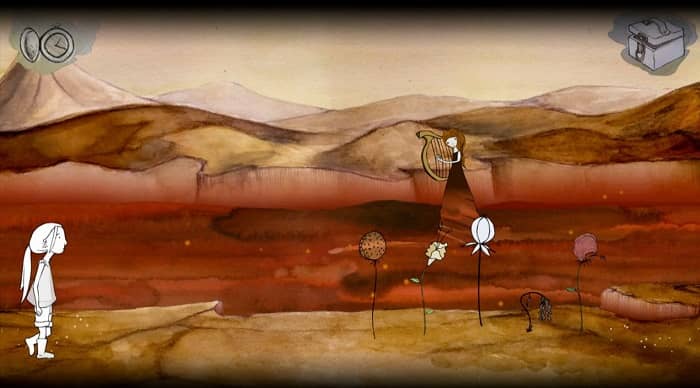 Another very small negative to point out is the size of the dialogue/text boxes on the screen. As they are pretty well black in colour, Delirium Studios has opted to make the boxes so large that they take up a large portion of the screen at once. This wouldn’t have bothered me had the environment not been so delicately painted and designed; to slap a big, black text box across it feels jarring to me and I can’t quite understand why it was necessary for the box to be so large. This also goes for having to return to the sloth each time you needed a hint. When you’re on the other side of the map and can’t figure something out you need to return to the sloth in the beginning screen which, even though it probably wasn’t that time consuming, felt like it took a lot longer than it did because of Alice’s slow pace and short screen loading times.

Finally, in regards to performance, it runs extremely well without jitters or jarring motions to the point of which I didn’t even notice it was stop-motion until after I’d researched it, however, I had encountered a few bugs during the playthrough. Whether this is just in the PC version or whether it’ll be on console and iOS too I don’t know, but I’d experienced an ultimately terminal glitch that forced me to close and restart the game – and since clever clogs over here forgot to save… well, you get the drift. On the final puzzle when you put the necklace in the centre of the statue, I’d forgotten to pick up one of the dragonflies and returned to the sloth for help. What I didn’t realise it that I forgotten to take the necklace with me and for some reason or other whenever I walked through the mirror to get back to the music room it killed me. None of the mirrors would let me through and this was incredibly frustrating, especially as I was only one step off completing the game. Grr.

Overall The Rivers of Alice is a beautiful, simplistic game ideal for when you want something linear and easy to play and listen to. It’s a wonderful experience but it is going to be too slow for some players. I also understand that it’s got a lot of themes and underlying meanings to the story but I’ll admit that I actually didn’t get a lot of it. As they’d chosen not to introduce the game as such you’re just thrown into playing and most people seemed to have missed its meanings, which is a shame. Regardless of a few hiccups it’s still a thoughtful game with an unbelievable amount of effort thrown into it from the developers, musicians and artists alike.

The Rivers of Alice is available on PC.