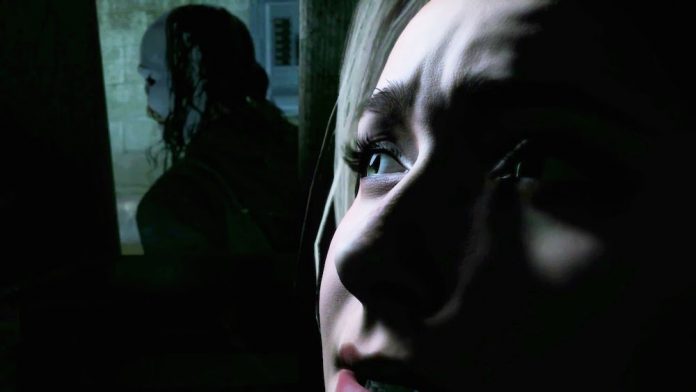 We’re not quite sure where the year has gone – it’s December already, which means 2015 is nearly behind us.

It’s been an absolutely fantastic year for games; it’s no easy task to choose the best of the best, but we’ve looked back over the year and chosen our top 10 PS4 games of 2015.

The game we deemed as “the best Metroidvania-style title since Castlevania: Symphony of the Night” way back in April, Axiom Verge is a retro style 2D shooter that is not to be missed.

Developed solely by Tom Happ in his spare time, Axiom Verge draws inspiration from old classics such as Metroid and Castlevania to deliver a sprawling adventure across an alien world, rewarding exploration with upgrades and collectibles.

Being honest, as a retro-style indie title made single-handedly by one man, we didn’t expect much from Axiom Verge, but after being totally absorbed in its eerie yet beautiful pixelated world we feel it really is something quite special. Everything from audio to enemy design is so perfectly implemented that any fan of side-scrolling adventures simply has to give Axiom Verge a go.

Axiom Verge is available digitally on the PSN Store.

Making a worthy successor to 2011’s excellent Mortal Kombat was never going to be an easy task for Netherrealm Studios, but with Mortal Kombat X they confidently exceeded everyone’s expectations and delivered what we believe is the best beat’em up of the year.

Continuing the story from where Mortal Kombat left off – then jumping 20 years into the future – allowed Netherrealm Studios to go back to the drawing board with regards to the character roster, meaning that Mortal Kombat X features some much-needed fresh new faces alongside a handful of the series’ favourites. Meanwhile, the fantastically directed and well-paced story mode is entertaining fun from beginning to end, and gives you a nice taste of each characters’ play style. Oh, and let’s not forget the fatalities that are assuredly some of the most grotesque in the series to date.

With its interesting cast of characters and vast array of game modes to get your teeth stuck into, Mortal Kombat X offers something for all fighting game fans regardless of whether you’re a casual brawler or a high level player. For that reason, it’s one of our best games of 2015.

One of the most anticipated games of recent years, Fallout 4 maybe isn’t quite the revelation that many of us had hoped it would be, but it’s still a mighty fine piece of open world post-apocalyptic RPG action.

Fallout 4 doesn’t waste much time in letting you loose in its fantastically realised post-apocalyptic world, and what you do from there is totally up to you. Whether you decide to crack on with the story missions to try and find your protagonists kidnapped son, or just leisurely wander the wastes, killing and looting wherever you can, you’ll find it an absorbing experience that quickly devours your time.

With its deep new crafting system, entertaining gunplay and huge amount of content, Fallout 4 cements itself as one of our favourite games of the year.

Read our full review of Fallout 4.

With its expansive open world and first-rate storytelling The Witcher 3: Wild Hunt is surely one of the most enthralling games released on PS4 this year.

With a world so intimidatingly vast, what really made The Witcher 3 stand out for us is that despite its size, it’s densely populated with things to see and do. Each area has been painstakingly crafted to be unique, which goes a great way to creating the impression of a real, living world that doesn’t just revolve around you. Sure it’s got its technical problems, but they’ve never really soured our experience of playing as Geralt of Rivia in any meaningful way, probably because we were just too engrossed by adventuring and killing monsters. And trust us, there’s a lot of adventuring and killing to be done.

With its fantastic dialogue, interesting quests and deep character development, The Witcher 3: Wild Hunt offers hours and hours of immersive action and adventure that you’d be a fool to miss out on.

Read our full review of The Witcher 3.

It might have originally been on PlayStation 3, but that doesn’t mean we were any less impressed with The Nathan Drake Collection. Undoubtedly some of the most-loved PlayStation games, the Uncharted trilogy has been painstakingly upgraded to look right at home on PlayStation 4 – and the graphics and gameplay certainly live up to any brand new release.

Sure, technically the Uncharted games didn’t come out in 2015, but The Nathan Drake Collection is very deserving of a place on our Top 10 PS4 games of 2015 because, well, it’s just awesome. Who doesn’t want to relive those tense, action-packed moments with Drake all over again? Not us, that’s for sure.

After Unity launched in 2014 to a unanimous outcry of disappointment, there was understandably a lot of scepticism about Assassin’s Creed Syndicate. There needn’t have been. Set in Victorian London and allowing you to play as two assassins, twins Jacob and Evie Frye, this year’s Assassin’s Creed is undoubtedly one of the best in the series.

The very realistic and gritty setting of London provides a perfect backdrop for carrying out Creed‘s usual acts of assassin debauchery, and there are plenty of new mechanics at your disposal too. Syndicate is the first Assassin’s Creed game to include vehicles (in the form of horse and carriage) – so races and vehicular combat are now part of your manifesto – and there’s also the inclusion of a new tool, the grapple, which adds a whole new level to manoeuvring through the city and scaling those tall buildings.

Assassin’s Creed Syndicate is definitely one of 2015’s best games on PS4. We can only hope we’ll get to revisit London again in future iterations of the franchise.

Featuring one of the most intriguing storylines that we’ve seen in a game as well as gloriously endearing dialogue, DontNod Entertainment’s Life is Strange quickly became one of our favourite games of 2015.

Often feeling like you’re playing out your own MTV reality show, the depth of emotion and realism this game goes into is far beyond anything we’ve ever played before, making it one of the most unique and touching games of recent years. Its story-driven “point and click” style gameplay and emphasis on choice means it’s easy to compare Life is Strange to Telltale Games’ creations, yet in our opinion the immersion and believability of Arcadia Bay and its quirky characters blows anything seen in the likes of The Walking Dead and Game of Thrones out of the water.

Whilst not everyone may be able to relate to a high school girl as the main character, the twists and turns throughout Life is Strange’s five episodes mean that you’ll be gripped from start to finish. And with each choice you’re forced to make having a meaningful impact on your game, you’ll be eager to do it all again once you’ve finished.

Read our full reviews of the five episodes of Life is Strange here.

Life is Strange is available digitally via PSN. You can order the physical copy now, releasing in January 2016.

Developed by Croteam, creators of the tremendously mental Serious Sam games, The Talos Principle: Deluxe Edition took us by surprise when we played it earlier this year.

A first-person puzzle game with philosophical narrative, The Talos Principle: Deluxe Edition is quite possibly the best puzzle game we’ve ever played, and with the existence of titles such as Valve’s Portal that’s not a statement to be made lightly. Tasking you with recovering sigils so that your robotic character can “Ascend”, The Talos Principle: Deluxe Edition well and truly tests your logic and problem solving skills, as well as making you question what it means to be human.

Combining the original game with its Road to Gehenna DLC, both previously released on PC, The Talos Principle: Deluxe Edition offers great value for money and deserves more attention from the ever-growing number of PS4 owners.

Read our full review of The Talos Principle here.

From the creative mind of Hidetaka Miyazaki, famed for his work on the punishing Demons Souls and Dark Souls, the PS4 exclusive Bloodborne is certainly one the platforms best –and hardest – games of 2015.

Featuring a combat system that proposes attack as the best means of defence, Bloodborne takes the Demon’s Souls mould and twists it, creating a unique experience that keeps players on their toes and forces them to break old habits. Survive long enough in this intricately interconnected world and you’ll discover environments that ooze character, and bosses that will truly test your resolve, all alongside a mysterious story that will have you captivated until the credits roll.

With its soul crushing difficulty and oppressive atmosphere, Bloodborne is a harrowing game that certainly isn’t for all. But for those that are brave and persist with their adventure through the horrific Yharnam however, it’s possibly one of the most rewarding games they’ll ever play.

From British developer Supermassive Games, PlayStation exclusive Until Dawn is undoubtedly one of the biggest surprises of the year and is a must play for any PS4 owner.

An interactive horror where your choices actually do impact the outcome of the story, Until Dawn follows a group of teenagers spending a weekend together in a mountain lodge. Atmospheric from the start, what seems to be a typical teen slasher movie-like set up gradually reveals itself to be much deeper and darker.

One playthrough of Until Dawn takes around 10 hours, making it the perfect game to play over a lazy weekend, but we promise you that you’ll want to revisit the story more than once to uncover all of the different paths and outcomes available. Get all your characters to successfully survive the night, or witness them all brutally killed – the intuitive “butterfly effect” choice system means that their fate is entirely in your hands.

Read our full review of Until Dawn.

Buy Until Dawn on Amazon 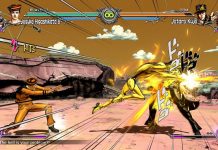