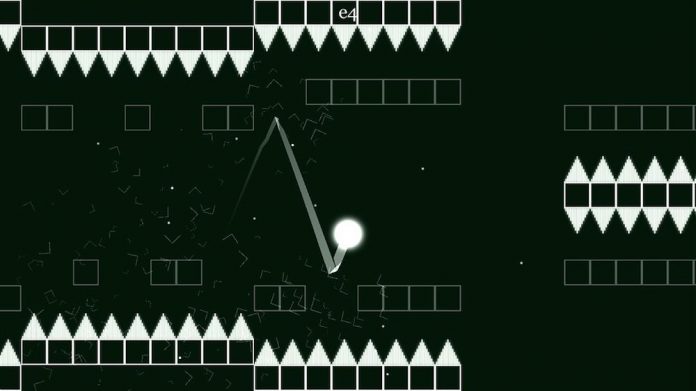 Since you hardly ever see them together, you’d be forgiven for thinking the moon and the sun weren’t all that close. But apparently the fact they don’t hang out all that often doesn’t matter so much: puzzle game 6180 the moon is all about the moon’s journey to find its old pal, the sun. Well, if you care about the story at all, that is.

On booting up the first level of 6180 the moon (the lower case is intentional style, I assure you, as much as my OCD hates me right now) I was instantly reminded of Sound Shapes. And being compared to Sound Shapes is certainly praise of the highest order. The simplistic 2D level design, the way the music reacts to your movements and the fact that you’re controlling naught but a flat circle to get from one side of the screen to the other all help draw similarities between the two, but 6180 the moon isn’t just a rip-off; it’s a compelling and enjoyable puzzle game in its own right.

One thing that 6180 the moon doesn’t lend from Sound Shapes however, is its longevity. You can “complete” the game in an hour or two, likely less depending how competent you are at solving each level. Made up of five sets of 10 levels, each segment of the game represents the moon’s interaction with a particular planet it passes on its journey to the sun. Each set of levels is preceded by a short cutscene conversation, unfolding the story of the moon’s journey. It’s all very sweet and very twee, and I’m sure there is sentimentality to be found in it if you want to look for it, but personally I found it rather extraneous to the experience. I’m here for the puzzles, so let me crack on. 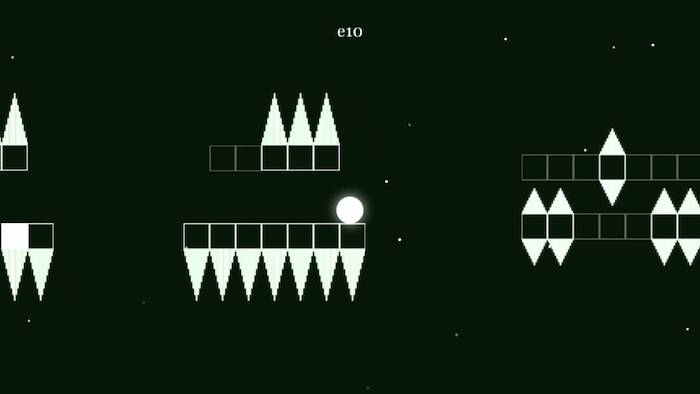 Upon completing the game (i.e. the moon has found the sun), you unlock another set of levels – “moon rising” mode – that represent your return journey. These levels are exactly the same as what you have already played – but totally in reverse. Be careful though: on completing the first set of levels, you’ll be taken back to the menu screen. For the love of God, don’t click “new game” or you’ll lose all your progress. Like I did, thinking it might give you an option for “new game plus” or something. Nope, just wiped my game instead. Although reusing the same levels may seem lazy, all of the game mechanics are also reversed – you’re essentially playing the game upside down – so it does feel like a new challenge. Unfortunately, even with the extra set of levels there’s not much in the way of replayability – once you’ve completed the levels, there’s no reason to come back as you have no high scores, time trials or leaderboards to beat.

A short experience doesn’t mean a bad experience, however. The puzzles in each level are fulfilling and the mechanics of the game are unique. You, the moon, need to make it from one side of the map to the other, avoiding dangerous obstacles (spikes) as you go along. What makes 6180 the moon unique is the fact that the edges of the screen are not bound by borders: jumping up to the top of the screen will see you loop back to the bottom of the screen, and vice versa. This is the main mechanic that the game plays with, and provides the greatest challenge in manoeuvring your moon around. As you progress through the levels, new obstacles are introduced, such as disappearing platforms, blocks that shatter when you hit them and pick-ups that allow you to momentarily freeze midair. Each new inclusion adds a new layer of complexity to the game, and several levels will see you dying and restarting numerous times through trial and error before getting to grips with the perfectly-timed jumps and actions needed to succeed. You’ll get a nice sense of satisfaction from completing the most grizzly levels, but even the hardest challenges won’t see you stuck for any more than five or ten minutes. 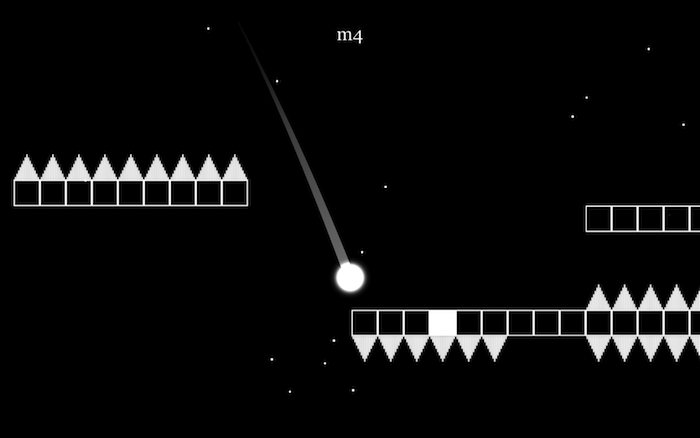 6180 the moon is a short but sweet package. Visually, it’s very basic; simple 2D geometric shapes with a two-colour palette – but it works. The game doesn’t need any complex graphics and the simplicity works in its favour, allowing you to focus more on the puzzles at hand. It’s complemented with a pleasant soundtrack and a series of sound effects that work together to make the game a rather cathartic experience. It’s a shame that it’s overall a fairly short game, but for the asking price of £3.19 (or $3.99) on Xbox One, what can you expect? If you enjoy a good puzzle platformer game, there’s not much to dislike here.

6180 the moon is available on PC and Xbox One. We reviewed the Xbox One version.