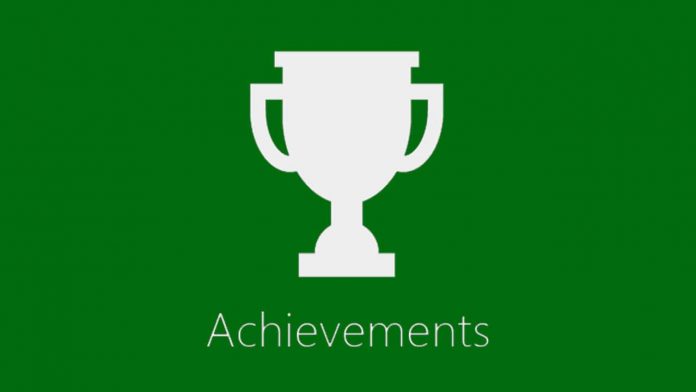 Achievements and trophies, just like seemingly everything else in the gaming industry, are divisive. You either love them, striving to obtain as many as possible, or you’re apathetic towards them, not caring if you get them or not. What’s becoming pretty clear however, is that they’re here to stay, and their inclusion for those who care can influence purchasing decisions as well as player behaviour.

So, with this in mind, you have to ask the question: why do developers often not seem to put any care or attention into them? Also, why do so many PlayStation 4 titles not have platinum trophies whilst their Xbox One counterparts have a full 1000 points?

You don’t have to trawl an achievement or trophy-related forum for long to establish that some gamers’ purchasing habits truly are affected by them. You have some players that will only buy a game if they feel they can 100% or platinum it, others that seek out games where they come easy and fast – no matter what the genre or quality, and those that will weigh up a game’s trophies before deciding how they will prioritise its purchase amongst a raft of other titles. Even I have to admit that I’ve been guilty of these practices in the past, purchasing horrendous titles such as Hannah Montana and Heavy Fire: Shattered Spear just for the prospect of an easy platinum, gritting my teeth as I work my way through them. My latest fad however, is prioritising the purchase of indie games on Xbox One due to fact they have 1000 points, whereas on PlayStation 4 they usually have a small trophy list with no platinum. I know it’s daft and pointless, but old habits are hard to break, and if I do it, I dare say there are lots of others out there like me.

“…if a developer wants you to play their game, having an easy achievement or trophy list definitely helps”

Now, it may seem like I’m advocating that all developers should ensure their games have easy achievement and trophy lists, and to some extent maybe I am, as it brings me rather succinctly to my next point: easy achievements and trophies are great for getting people to try your game. This article was in fact inspired by a thread on NeoGaf started by a user named Collingwood, who was enticed to try out Rocket League simply on the basis that it has an easy to obtain platinum trophy. As a game given away as a part of PS+ at launch, I imagine Collingwood did the same thing that a lot of PS+  and Games with Gold subscribers probably do – add all the games available each month to their library and then ignore them. That’s right, even if a developer essentially gives their game away, a large number of us don’t play them. In Collingwood’s case, he tried Rocket League, loved it, got the platinum and will now look forward to buying it on the Xbox One when it’s released – surely a win for its developer, Psyonix, right? On this basis, its stands to reason that if a developer wants you to play their game, having an easy achievement or trophy list definitely helps.

The truth is though, is that simply giving a game an easy achievement or trophy list perhaps isn’t in the best interests of developers and players in the long run. The infamous Avatar game on the Xbox 360 that awarded players all of its 1000 points within five minutes serves as a great example for this. Being so laughably easy to get all the points, most players just rented, borrowed, or purchased and then returned or traded in the game after their five minutes of “fun”. I imagine that’s not what the developers had in mind for it, as it will have resulted in poor sales, and their hard work that went into creating the game past the first five minutes will have largely gone to waste. Instead then, achievement and trophy lists need to be like employers’ bonus schemes: challenging, fair, trackable and most importantly, motivationally achievable. By taking the time to ensure that an achievement or trophy list meets these criteria, developers can attract gamers to play their games and also hopefully hold their attention until completion. Obviously it helps if the game they have created is a good one, but nevertheless, a well-thought out achievement or trophy list is a great way to extend gamers’ overall play time of a title, and crucially, reduce the number of quick returns, re-sales or trade-ins. Some developers seek to do this in a ham-fisted way by including achievements or trophies such as “play 10,000 online matches”, or be “number one on the monthly online leaderboards”, but due to the time commitment required (or the fact that they’re pretty much impossible for a normal player) to achieve, they are actually demotivational. Truth be told, achievement and trophy hunters generally dislike online achievements and trophies on the whole, due to fact that dwindling online communities and server shutdowns render many games impossible to complete.

“A well-thought out achievement or trophy list is a great way to extend gamers’ overall play time of a title, and crucially, reduce the number of quick returns, re-sales or trade-ins”

Not only can a well-created achievement or trophy list get a player to try, buy and possibly play a game for longer however, it can also help to determine player behaviour in those games. Developers: want to get someone to try out an interesting game mode that players may not be aware of? Put an achievement or trophy in for it. Want people to tackle a quest or objective in a novel or interesting way? You guessed it, put an achievement or trophy in for it. Personally, I’m not too keen on games that give you the choice as to how you play but then tie the majority of achievements or trophies to a certain gameplay style, like Dishonored’s heavy emphasis on rewarding stealth, but I still admire the challenge it provides and will certainly give it a go. By forcing players to think outside the box and try new things, achievements and trophies have the ability to broaden gamers’ horizons and maybe even lead them to discover hidden intricacies or aspects of a game that they wouldn’t have otherwise discovered. That’s got to be a win for both players and developers, right?

The final benefit of good achievement or trophy list I want to discuss is their ability to provide useful feedback to developers as to how gamers play their games, whilst also providing interesting stats to the gamers who care about them. By including achievements or trophies for actions such as completing the game on certain difficulty modes or engaging in activities that are outside the main scope of the game, developers can gleam an insight as to how their games are played, perhaps leading them to make further investigations into features that may or may not be worth including or developing in the future. For gamers on the other hand, it’s often just eye opening to see what percentage of players have played the single player campaign in a Call of Duty game, or how completion rates of chapters in a lengthy adventure game drop off in peaks and troughs, maybe due to difficulty spikes. The most alarming stat I witnessed recently is that nearly 2.5% of those that have played Deadpool on the PlayStation 4 haven’t even made it to the title screen, where you’re charitably awarded two trophies just for doing absolutely nothing! Were the splash screens just too much excitement for them or something? In summary then, achievements and trophies may not be important to everyone, but they should be. As a developer, you should be making sure you’re not losing sales by making your achievement or trophy list a carrot dangling on a stick, enticing players to want to take a long, ravenous bite as well as making the information they provide useful for your future endeavours. As a gamer, achievements and trophies are already important to those that chase them, but those that don’t should accept that they now drive a considerable part of the gaming industry, and can genuinely be used to improve people’s enjoyment of games as well as their future development. Sony, well, Sony should just let every PlayStation 4 game have a platinum trophy instead of the inconsistent system they operate at the moment.