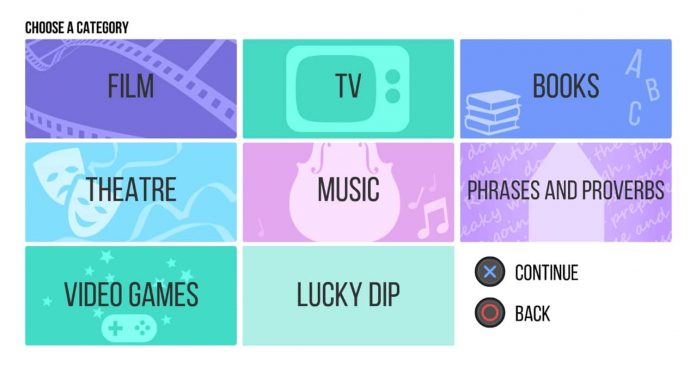 We’ve all been forced to play charades at one point or another, whether it be some “ice breaker” activity during Fresher’s week or to pass the time at a festive family gathering. You painstakingly watch your nearest and dearest make an utter fool of themselves trying to figure out how the hell they are meant to signify “Reservoir Dogs” using only gestures and over the top facial expressions, all the while hoping and praying that the ground swallows you up long before your turn comes round. Well, ladies and gentlemen, I’m here to deliver some news: charades is no longer an old-fashioned party game. It’s been brought into the 21st century thanks to Act It Out!, “a game of charades” developed Snap Finger Click, available now on PlayStation 4.

You might be wondering how on earth you can make a video game out of charades. That was my first question too. And well, the answer is… you can’t, really. Act It Out! has tried to make a fun and engaging party game experience, but in reality, bringing charades to a video game platform is rather pointless. Between two and eight players can take part in a game. There are a few options you can tinker with, but it’s pretty straightforward. Each player will be given a prompt to act out, and then the rest is down to you. How does it give the player their prompt without the rest of the room seeing it, you ask? Well, everyone covers their eyes of course. And how does the game know whether someone’s got the answer right? D’uh, you have to tell it by pressing a button. It’s probably the only video game I’ve come across in my 27 years that is actually easier to play if you don’t even bother to turn on your console. It’s a shame really, because the presentation of Act It Out! is actually very nice: care has gone into making everything extremely user-friendly and easy on the eye. It’s even got a cast of cute creatures that appear throughout the various menus, to inject a bit of personality. Act It Out! features two game modes – Classic or Variety. Classic is, you guessed it, basic charades: you get to choose a category (one of which being video games; a nice addition) and then simply act out the prompt the game gives you. Variety mode attempts to twist things up a little bit. This time you don’t get to choose your category, but rather than simply having to act out your answer, mime style, you may have to sing it, describe it or draw it (of course, you have to provide your own pen and paper…). The amount of prompts available is impressive – over 1,500, which means you’re unlikely to see any repetition in an evening’s play.

It’s unfair to say that Act It Out! isn’t fun; it did provide plenty of entertainment – but then, a game of charades (or Pictionary, in the case of the drawing rounds in Variety mode) generally provides entertainment by itself. I can’t help but feel that putting the experience on PS4 is all very redundant. In the time it takes you to turn on your console, boot up the game and select your match type, you could have already been well underway with a game of charades, if that’s your party game du jour. The only benefit the game offers over freestyling is the wealth of prompts on offer – although a quick Google of “charades prompts” brings up over 65,000 results. Unfortunately, alongside the likes of the excellent party games in the Jackbox Party Pack, the lack of interactivity is what really lets Act It Out! down. Where, for instance, Jackbox’s Drawful (part of Party Pack 1) lets you draw pictures on your mobile phone and then sends them to your TV, Act It Out! relies on grabbing your pen and paper, and player honesty not to peek at the prompts. It’s all very old fashioned – and if you’re going to be old fashioned, why bother with the video game element at all?

If you’re desperate for a new party game on the PlayStation 4, then you’ll likely gleam some enjoyment from Act It Out!. It does absolutely nothing wrong – it’s a fun game in a well-presented package – but I can’t overlook the fact that a game of charades would just be easier played by itself. Sorry, Snap Finger Click.

Act It Out! is available on PlayStation 4.