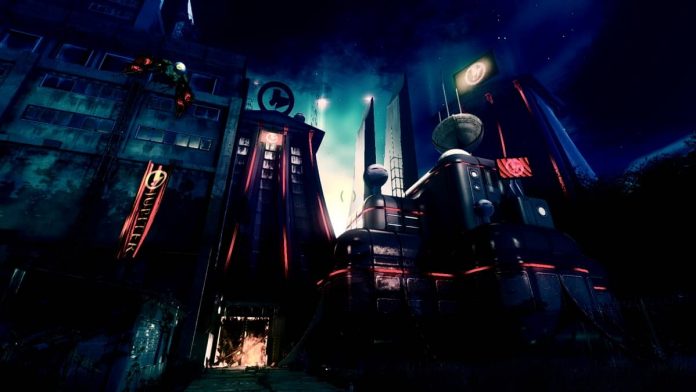 Do you like those cheesy sci-fi movies made in the 60s? Do you have a brain the size of a bus? If the answer to both of those questions is yes, then Albedo: Eyes from Outer Space is a game that you should register on your radar, pronto.

If not however – which is quite likely given that no-one really has a brain the size of a bus – Albedo is simply a quirky curio that starts strong but soon falls apart. You can thank its frustratingly obscure puzzles for that.

Originally released in April last year for PC, Albedo: Eyes from Outer Space is a first-person action-adventure game with a large emphasis on puzzles that has now found its way to the Xbox One and PlayStation 4. Heavily inspired by 60’s pulp sci-fi movies, it’s a niche title that has you playing as John T. Longy, a night-watchman stationed in a remote research facility. As per the norm for games of this type, everything is business as usual for John until there is a catastrophic incident, which in Albedo’s case is an explosion. Waking up, dazed and confused, trapped inside a room he doesn’t remember entering, there are only two things on John’s mind: getting out of the predicament he’s found himself in and finding out exactly what the hell happened!

With a premise like that, you’d expect a game like Albedo: Eyes from Outer Space to sport an interesting narrative; perhaps build John’s character a little throughout your adventure with him. Unfortunately it doesn’t. John remains as hapless and flat as a soggy Pog throughout the entire scenario, and whilst the game’s story picks up a little at the end with a twist or two, it’s too little too late, leaving the gameplay to be Albedo’s biggest attraction.

Whilst being played from a first-person perspective and featuring a rudimentary combat system, Albedo: Eyes from Outer Space feels a lot like a point-and-click adventure game. You spend your time exploring environments, finding clues and items that will help you solve the latest conundrum that’s halting your progress, infuriatingly being told in no uncertain terms that you’re an idiot for not knowing that you need to put unlikely item A into obscure slot B, before doing unpredictable act C. It’s not always like that; it actually starts out quite breezy and enjoyable, but as you progress, some of the puzzles become so strange and illogical that you wouldn’t guess the solution in a million years. There’s a difficulty option in the menus to enable some helpful highlighted outlines for useful objects, but they don’t really help too much, and using the other puzzle assist – allowing you to simply skip them altogether – seems against the point. In the end then, you either resort to using all the items in your inventory with every interactive object you can find, or consult a guide. Unsurprisingly for a sci-fi game with the words “Eyes from Outer Space” in the title, Albedo contains its fair share of aliens with eyes. Or at least one big, scarily exposed eye. It also contains more than its fair share of tentacles. More often than not, you can deal with the aliens with anything at hand: a bottle, a screwdriver, a brick; it’s truly up to you, but whatever you choose the combat always remains the same hackneyed flurry of blows. Towards the end of the game you’re afforded the luxury of a shotgun that makes short work of enemies, and can even be used to solve a puzzle or two, but it’s not much to get excited about. A first-person shooter this is not.

Albedo: Eyes from Outer Space’s crazy 60’s sci-fi setting means it’s visually interesting yet a little ugly at times. There are some impressive textures and effects on display throughout its ample eight hour running time, but overall its appearance is quite rough around the edges and grim. The game’s audio is also suitably a mixed bag, with some nice music offset by often grating environmental ambience. Additionally, the voice acting is poor, but given Albedo’s pulp sci-fi influences it actually kinda fits in. It’s certainly not that bad that it detracts a great deal form the experience anyway.

Overall, Albedo: Eyes from Outer Space is hard to recommend to anyone but the most devout of puzzle or sci-fi fans. It doesn’t excel in any area, but then nothing feels particularly broken either. Whilst it’s disappointing that the story is largely non-existent, the main focus of the game – the puzzles – are sometimes quite inventive and entertaining to solve. The trouble is they’re also occasionally that difficult that only the most patient, observant and methodical of souls will be able to deal with them without losing the will to live and/or consulting a guide. Assuming, of course, that they don’t just skip them altogether. If you’re up for a quirky puzzle adventure title and think you can manage the task, Albedo: Eyes from Outer Space can certainly scratch that itch, but there are much better titles out there that can do the same.

Albedo: Eyes From Outer Space is available on PC, PS4 and Xbox One. We reviewed the Xbox One version.