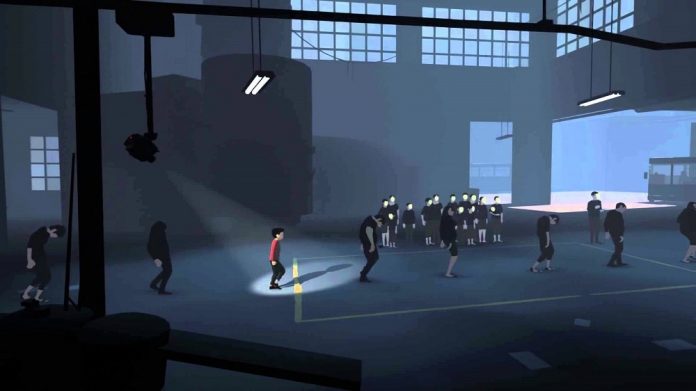 Let’s travel back in time and speculate.

Way back in 2012, Playdead, the creators of creepy indie hit Limbo teased Project 2. Although it’s been taken down, according to a list of grant recipients on the website of the Danish government, Project 2 would be a “puzzle platform/adventure” and would’ve been released on Xbox 360, PS3 and PC. A description in that listing stated that the game “tells the story of a boy’s struggle against evil forces trying to take over the world through questionable experiments on human bodies.”

Dino Patti who’s one of the founders of Playdead was interviewed by Eurogamer on Project 2, saying that it would be more “crazy” than Limbo.

“It’s the perfect project two for our company, because it’s similar in many ways, but so different… the next project is more crazy than Limbo, if you say that’s crazy. It’s more weird in many ways.”

Project 2 then proceeds to disappear for 2 years until it’s suddenly revealed sporting a new name – Inside – back at E3 2014.

There aren’t many details to pick out, but it looks reminiscent of Limbo with a young child wandering through a tense, dark and atmospheric environment. It sticks to the human experimentation theme alluded to in its inception as Project 2, showing the child running through some haunting futuristic facilities and attempting to blend in with some pretty brain-dead looking humans. Exciting stuff eh? Well it was originally touted for a debut on Xbox One, before moving onto other platforms later.

This Twitter post emerged almost a year later courtesy of Doublefine’s Greg Rice. It suggests that the game was in a good place at the time, which is great news, but that’s as close as we can get to feedback on the game. At least it’s good feedback, although we can’t tell if they’ve been polishing things up, adding bits in, or completely altering the entire landscape of the game. Is the Inside shown at E3 2014 going to bear resemblance to the final product? My guess is yes but we can’t know for sure.

After playing an hour and a half of @Playdead's Inside I can safely say it's everything you are hoping and more.

It’s now 2016 and there’s nothing more to go on, other than the obvious fact that it’s been delayed. In an email to IGN in June 2015, Playdead said “After 5 years in development, we, more than anyone, are looking forward to the release. We are so close, but getting it right has taken a little more time than we anticipated.”

INSIDE has slipped under the radar purely because we’ve been met by white static for a very long time.  As we all know, there’s a bunch of big titles to be raving about this year and I’m already shuddering with excitement at the prospect of some of them. I was originally going to include Inside in my most anticipated games of 2016 but I cut it out last minute because the crackle of white static isn’t the epitome of clarity and certainty. So you could say that I’m writing this article to reaffirm my belief that it’ll be in my Steam library one day, whilst informing people of its existence and attempting to piece together the minute fragments of it’s hazy history in the eyes of the media. It’s no secret that delays can last for years, take Mafia II for example which was originally shown back in 2004 before being released six years later in 2010. Even Half Life 2 began development back in 1998 but took six years to complete, although this was due to Valve’s internal network being hacked and some of the game’s source code being leaked – ouch. These delays are particularly severe though, down to company acquisitions and internal conflict which I can only assume Playdead aren’t experiencing. They’re a small independent studio but I can’t see the delay lasting longer than a few months. Of course, my prediction is just based on some weird instinct, so don’t think that I’ve just suddenly set the date. It could be a long time until we step foot into that creepy experimental facility…but I’m remaining hopeful that this year could bring us a surprise indie hit in the form of Inside.

Are you excited for Inside? When do you think we’ll see it? Let us know in the comments!