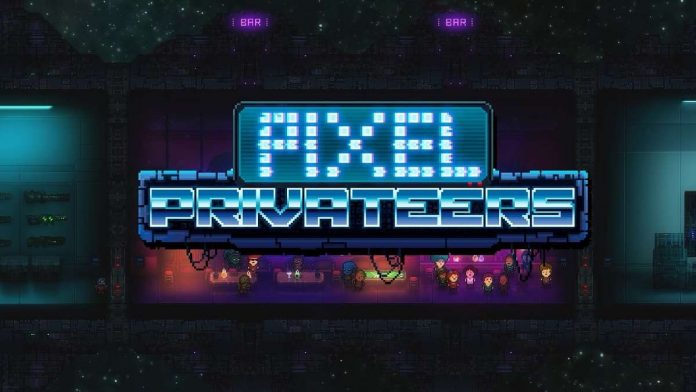 Imagine Terraria, in space. Now imagine Pixel Piracy, in space. Combine the two and you’ve already got a good idea of what Pixel Privateers has to offer.

Developed by QuadroDelta, Pixel Piracy was a 2D squad-based RPG centred on growing your naval band of pixel pirates, sailing the seven seas in your customisable pirate ship, with all of this taking place in a sandbox world. Your main aim was to become powerful enough to hunt down the four legendary pirates and if you haven’t played it, it sounds great right? Well it wasn’t quite the roaring success that Terraria was. You could say that Pixel Privateers is the result of both developers inserting 50p (probably a lot more) for a retry.

“We know that Pixel Piracy was more of a cult title that had a mixed reaction from everyone. Having worked far more closely with the QD team this time and seeing what came out at the end, we are confident that Pixel Privateers will have broader appeal and keep a lot of folks entertained for quite some time!”

The developers over at Re-Logic obviously decided to take their friends over at QuadroDelta and steer them through the process with a firmer grip on the wheel this time around. From initial impressions it looks remarkably like Terraria and Pixel Piracy combined, and that’s no surprise considering this seems to be an attempt to gloss over Pixel Piracy with a 2D tactical RPG that delivers more of what Terraria’s fans wanted; endless swathes of loot, the ability to play with friends, an enormous world that’ll constantly play on your curiosity and a sprinkle of Re-Logic magic. They even call it a ‘Loot ’em Up’, so they’ve already got my attention.

You’re a team of mercenaries that are sent on a mission to collect some technology for an employer. Naturally you jump into a wormhole and before you know it, you’re suddenly on a journey with a one way ticket. With a “galaxy of worlds to explore, factions to encounter, and epic gear to collect”, it’s up to you to determine your own story.