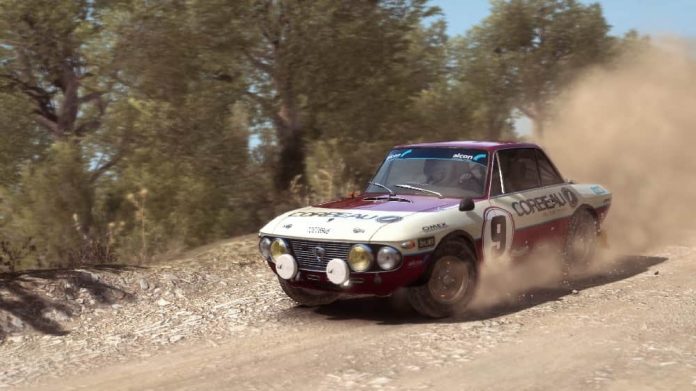 Being in the driving seat of a rally car is one of the most exhilarating experiences you can ever have.

Speeding around the track, wrestling with the steering wheel as it jolts and fights against you, all the while listening to your co-driver issuing pace notes could, and probably should, be scary, but it’s not. The truth is, you simply don’t have time to be scared; you only have time to focus on the task at hand, which is to keep the car facing the right way and be as fast as possible. This is the kind of experience that Dirt Rally tries to recreate, and whilst it can’t make you feel the sense of danger that real rally driving oozes – it is a game after all – it otherwise conveys the sport in the most authentic way possible.

Started in 1998, the Colin McRae Rally series by Codemasters was a pioneer of the realistic rally simulator genre, driving itself to both great critical and commercial success. Developed with the help of the titular Colin McRae, who sadly passed away in 2007, the series saw its name changed to Dirt in the same year, a move made maybe to reflect the inclusion of a whole host of alternative rally categories such as Raid and Hillclimb. Dirt 2 introduced even more event categories thrown into the mix, but it was Dirt 3’s inclusion of a gymkhana mode that pushed many long term fans over the edge, feeling that the series had strayed too far from its rally sim roots. After the unashamedly arcade-like Dirt Showdown released in 2012 then, it’s a delight that Codemasters have once again taken the series back to its origins with Dirt Rally, which finally left Steam’s Early Access program on 7 December 2015.

Presenting over 70 stages across seven real world locations and a whopping 39 cars, Dirt Rally features a wealth content that provides a great backbone for its many single and multiplayer game modes. Even better is that each stage can be played at various times of the day and with varying weather conditions, providing a great degree of realism and replayabilty. The content would be worthless if the handling wasn’t up to scratch though, and thanks to Codemasters’ new driving model every event is a tense experience, requiring your utmost concentration. The cars have a great feel to them, with every corner and bump feeding back information to the player as they should. It’s necessary too, as the realistic damage model and penalties for making severe mistakes demand you to drive efficiently – you’ll need to keep up the pace yet be mindful of a heavy foot on the gas pedal in order to get the best times, lest you misjudge a corner and end up in a ditch. Dirt Rally’s career mode will be the main draw for many, in which you’ll have to compete in a vast number of rally events to progress, earning cash as you go. Starting out with an old banger, your cash can be used to purchase rally cars from the 60s right up to present day, providing some much-welcomed variety in both performance and looks. Being more of sim than an arcade racer, you can’t go spending your cash on performance upgrades on your vehicles, but you can improve them somewhat just by driving them. Throughout your career, you’ll have to hire engineers to perform maintenance and upgrades on your chosen car, and with each engineer having their own strengths and weaknesses as well as monetary expectations, it’s up to you to decide which ones you hire. At the beginning you’ll not have much cash so any cheap and cheerful engineer will do, meaning that car upgrades will be a little slower to develop, but as you amass the cash and can hire some of the more top-end engineers you’ll find that car maintenance and upgrades are performed with much more haste.

When you tire of the career mode, or just want to set up a quick event to your own specifications, there’s a custom rally mode that allows you to use any of the cars you’ve purchased on your choice of the game’s myriad of stages. What will be more interesting to many though, is the inclusion of multiple online-enabled modes that truly extend the game’s longevity. Player versus player racing is provided via the circuit-based Rally Cross events that offer a short yet thrilling competitive experience. On a grander scale there are also a plethora of online events that change on a daily or weekly basis, allowing you compete with players from around the world to achieve the best times and reap rewards. However you choose to spend your time playing Dirt Rally, you’ll do so with a big smile on your face due to the simple fact that it plays, looks and sounds incredibly well – Codemasters have made great use of the game’s time spent in Early Access, making sure it has the modes that the fans want as well as fine-tuning all the gameplay elements within them. As a PC only release for now (console versions are planned for release within the next few months), Dirt Rally features a plethora of graphics options, enabling you to fine-tune the visuals to your liking to run on a large variety of hardware. On the highest settings the game looks superb, with extremely detailed cars and environments, as well as some particularly impressive weather effects. The audio quality is also very high, immersing you in the experience with realistic engine sounds, excellent pace notes and natural environmental ambience. All this comes in a package that is gratifyingly robust – during my time spent with the title, I encountered no bugs whatsoever, making my playtime a smooth, frustration free ride.

Overall, Dirt Rally is undoubtedly the finest rally game currently available, and is a worthy successor to the Colin McRae Rally series. Going back to basics has allowed Codemasters to create a tight experience which awards those that put in the effort with moments of excitingly edgy rally driving action, and by eschewing the arcade-like aesthetics of the last few Dirt titles they have created something that feels mature and refined. Sure, its stripped down nature and more sim-like experience won’t be to everyone’s tastes – casual gamers may lament the absence of features such as the rewind function that means mistakes are punished severely – but this is a game for rally fans, and as such, it’s a tremendous success that offers a lengthy and challenging experience. On that basis, fans of the original Colin McRae Rally games should definitely consider Dirt Rally an essential purchase.

Dirt Rally is available on PC and coming soon to PlayStation 4 and Xbox One. We reviewed the PC version. 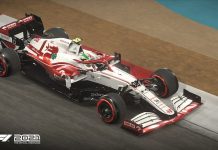