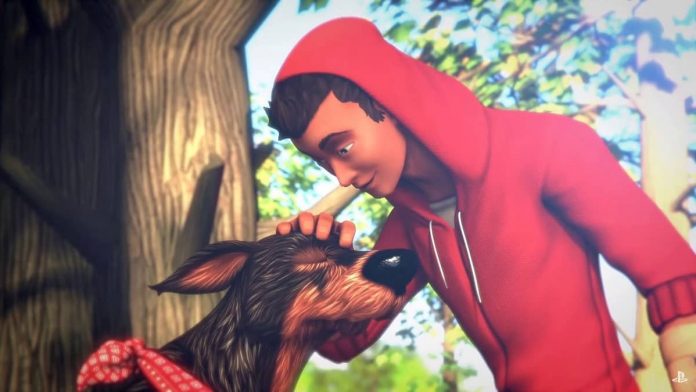 Developed by Animatoon Studio, Dogchild puts you in control of Tarpak and Tarao, a boy and his canine friend who seek to help animals whenever and wherever they can. Working together to investigate a spate of dog disappearances from a scenic park, they quickly discover that the dogs are in fact being mysteriously dognapped. Determined to find out who is behind the dognappings and rescue the unfortunate canines, Tarpak and Tarao follow the trail of evidence before them and embark upon an adventure that will have them travel far and wide, exposing the unscrupulous organisation called Cornish in the process.

The first thing that strikes you about Dogchild, apart from its distinct lack of voice acting, is that it’s quite ugly. The environments are bland and lifeless with poor textures and effects. Character models are angular and badly animated. It actually looks worse than a PlayStation 3 or Xbox 360 game most of the time, yet despite this, the framerate still manages to struggle to keep the gameplay smooth. Saying that however, smoothness is probably the least of Dogchild’s gameplay problems.

Spread across six chapters, Dogchild’s gameplay is dull, frustrating, and in some cases, borderline broken. Playing as Tarpak, you find yourself navigating through environments, occasionally being tasked with finding numerous items required to continue your progress, all the while engaging in combat or completing ludicrously basic QTEs. Being an agile young chap, he has a number of parkour moves at his disposal, but thanks to the poor controls and wonky animation, using them is a hit and miss affair. It’s not usually much of an issue, more of a hindrance than anything, but in the few areas where precision jumping is required, the loose controls can really frustrate. One section towards the end of the game in particular, requiring you to jump across a large number of ice sheets, will probably cause many players to just give up on the game. I know I very nearly did. Perhaps the best gameplay aspect of Dogchild, but yet still woeful, is the fact you can switch control to your trusty dog Tarao. Playing as Tarao certainly makes the game more interesting thanks to his ability to visualise scents and also pee on command, but once again the controls sour the experience. On many occasions you’ll be required to take control of Tarao in order to locate items with his sensitive nose, and to do this you’re forced to hold the right trigger which puts you in a first person view. The trouble is, in this view, navigating the environments is an absolute pain as you constantly get stuck on bits of scenery unless you’re in the middle of an empty area. You therefore find yourself constantly switching between first and third person views to navigate areas without too much trouble. When you do find items of interest, for some reason you’re unable to make Tarao carry them in his mouth despite their small size. Fortunately, you can at least communicate your find to Tarpak with the simple press of a button, switching control over to him and putting a useful marker on his heads-up display so that you can head over there immediately.

When taking on a nefarious organisation such as Cornish, combat is pretty much inevitable, and in Dogchild’s case it’s also non-lethal. In order to keep the game family friendly, the only weapon at Tarpak’s disposal is a ball, which he can throw at enemies in order to knock them down and stun them before approaching them to tie them up. You can throw the ball at a single enemy, or, if there are multiple targets in close proximity, you can tag more than of them to take them all down at once, but with a limited timeframe to get close and tie them up it’s quite usually pointless doing so. Tarao proves to be quite useful in combat situations too, passively jumping at enemies to momentarily distract them and intimidating enemies when they are on the floor to give you more time to tie them up. You can even take direct control of him to either attract your enemies to a certain location or make them slip over in a puddle of pee. In retaliation, enemies such as security guards stun you with taser guns, and small drones swoop down to strike you. Whilst the combat sounds functional on paper, in reality it is undoubtedly the worst part of Dogchild. When there are only one or two enemies and you can make use of Tarao the combat is usually passable, with you more often than not able to take out the threat without any trouble. When there are a few enemies, or if you are seen however, things can get quite messy. Throwing Tarpak’s ball is an awkward affair due to the sluggishness of the aiming system, a problem made even worse by the delay between you pressing the right trigger and the ball actually leaving Tarpak’s hand. Get tased or nudged during the process and the animation will cancel, leaving you back at square one to repeat the whole aiming cycle again. You can move ever so slowly when aiming, but that doesn’t enable you to avoid attacks, so your only option is to stop aiming and roll if you think an attack is imminent, but then by the time you’ve recovered and started to aim again you’ll once again be under fire. Eventually, you find that you’re best off just standing still and engaging in a tit-for-tat battle until you can get a clear shot. However bad the combat can be though, nothing can prepare you for the awfulness of the end of game boss battle which will surely test the limits of your patience.

Overall then, you can probably gather that I didn’t enjoy my time spent playing Dogchild very much. It’s certainly not the worst game I’ve had the misfortune of playing; I’d rather play Dogchild than the likes of Toro or Yasai Ninja for example, but that’s like saying I’d rather have a broken arm than a broken leg – neither of them is desirable. Pretty much everything here is below par; the graphics, the audio, the gameplay, the controls; and on that basis, I recommend that you give Dogchild a miss.

Dogchild is available on PS4.