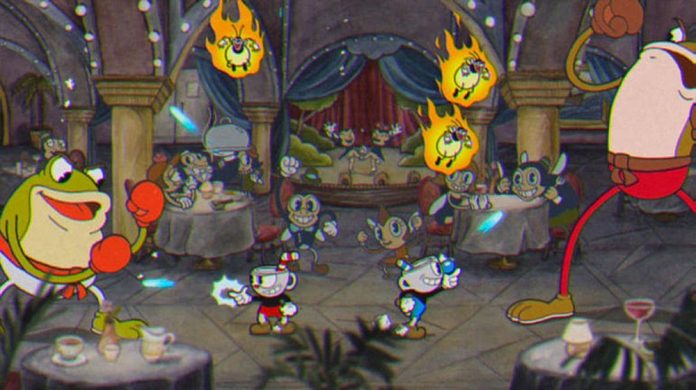 What a year 2015 turned out to be for gaming, giving us the likes of The Witcher 3 and Metal Gear Solid: The Phantom Pain. Not to mention my personal GOTY Bloodborne and indie gems such as Undertale. As we usher in an exciting new year for gaming, I thought to myself: “What better way of kicking it off than with my Top 5 most anticipated games of 2016?”

The original trilogy captivated me because it was the first game where I’d ever given two shits about the characters and the storyline. I remember my schoolmates and I hyperventilating when Gears of War 3 was released, marveling at a physical copy one of us had purchased having audaciously left the premises to go out and do so; at the time the future of Marcus Fenix was more important than that of our own. And that’s the point. I’m both excited and very worried for Gears of War 4 because the gameplay footage we witnessed at E3 2015 wasn’t the dream comeback I had hoped for. Whilst it had the dark, brooding atmosphere of Gears of War, nothing else seemed like a decisive move in the right direction, or in any direction for that matter. However I have faith in Rod Fergusson, the former Director of Production at Epic Games for Gears of War, who’s currently overseeing development of Gears of War 4 with The Coalition. He’s a guy with great knowledge of the franchise and has promised to take it back to its roots – alluding to the tragedy that was Judgement. I keep telling myself that The Coalition have the time and the power to listen to feedback, polish things up and make this game everything it deserves to be. I hope they’re going to put my worries to bed with a mind-blowing gameplay trailer sometime soon.

Inspired by cartoons of the 1930s, this classic run and gun platformer looks a joy to play. We’ll take control of Cuphead or Mugman (single-player or co-op) and do battle against a variety of bosses to some classy jazz pieces. There’ll be a number of cool weapons to pick up, the ability to learn powerful super-moves and the thrill of discovering secrets in a weird and wonderfully vibrant world. It’s also worth mentioning that the visuals are all hand-drawn and hand-inked to stay true to the methods used in the era, which shows just how much Studio MDHR are invested in Cuphead’s development and ultimate success. I’m dying to give this game a go as I love the thought of such a beautifully crafted game centering around intense boss battles and continuous action. It caught people’s eyes and captured people’s attention last year, and it’ll be a big surprise if it doesn’t make waves this year; or eventually come with a Betty Boop or Popeye DLC.