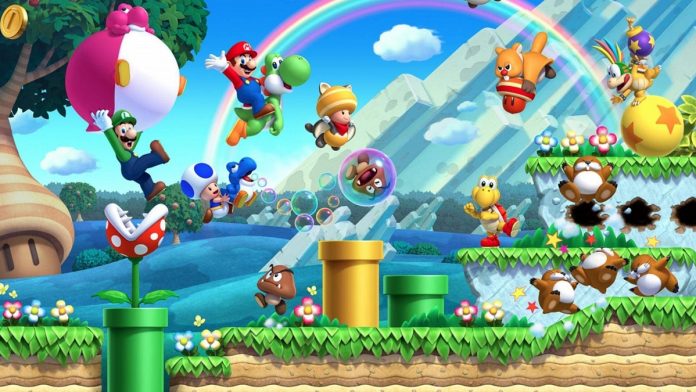 I’m not usually one to post GIFs or articles of this nature, but having just witnessed the evil majesty of this Super Mario Maker level; I just had to share it with you.

Courtesy of this Reddit thread, the user that posted it and of course the maker himself – take a look at this work of dastardly genius.

The Reddit comment “That’s beautiful in its simplicity” will summarise what you’ll think perfectly. And here’s the full video which showcases the level and a few others. If you’re able to understand Japanese it adds to the video quite heavily, but if not, just nod and giggle.

Thanks to the excellent use of the Wii U game pad, it makes it effortless to hop in and make a level. It’s this accessibility coupled with the fact that you have a wealth of Super Mario history to toy with in order to create anything you want; it’s a bottomless green pipe of infinite possibilities. A never-ending Super Mario experience? No wonder it’s so popular.

I think I’d break trying to play this monstrosity through to the end,

Super Mario Maker is available for Wii U. Buy it now from Amazon.