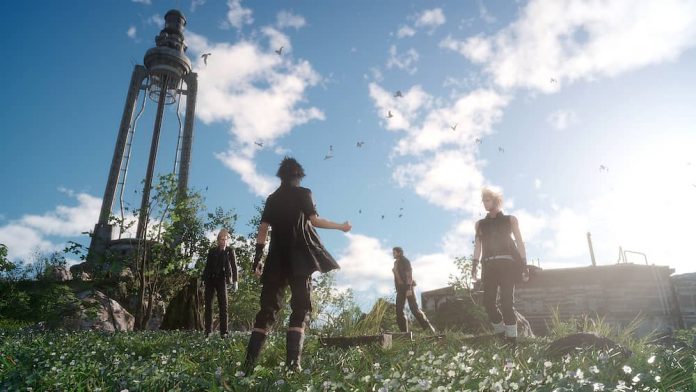 Back in December the Final Fantasy XV development team encouraged fans to ask them questions regarding the upcoming open world RPG, with the top three up-voted questions eventually getting answered in the new year. So without further ado, let’s enlighten ourselves with the knowledge that we’ll be able to ride gondolas in game, who needs real life anyway?

Will large buildings have multiple warp points to allow Noctis to scale and explore rooftops?

“Why of course they will!

The warp ability that lets you teleport instantly to high up locations is a vital part of FFXV’s battle system. The ability to use multiple warp points in a strategic manner is especially prevalent in the game’s large scale battles over urban terrain. It is not just the buildings though, and we have also created exciting aerial battles with flying foes and gigantic boss enemies, so watch out for those.”

How much of the big cities like Altissia/Insomnia will we be able to explore?

“Altissia has many and varied locations, such as multiple cafes, ship-bourne market places and parks etc. The city is of a considerable scale, to the extent that even the developers sometimes get lost there! The player is free to take a leisurely walk around the complex maze of streets, or ride the gondola to see the sights and there is also added enjoyment to be had looking for restaurants to visit! You are bound to encounter some unique characters when exploring the city streets. So we have created lots of different things to enjoy in Altissia and hope everyone is looking forward to visiting!”

How will the difficulty modes compare in terms of XP gain, enemy stats, damage and A.I?

“The equivalent to difficulty level settings in FFXV is a system where you can switch between different battle modes. By having this ability to switch modes, we want to make it so that both players who like action oriented, technical gameplay and also those who want to fight at a slower, more relaxed pace can all enjoy the combat in their own style. This switching system is a key part of the gameplay that we decided to introduce based on the feedback we received from the Episode Duscae demo. We will go into more detail about the system closer to the game’s launch so stay tuned for more information.”

Here’s the original forum post and as always, keep an eye on GameSpew for the latest on Final Fantasy XV.

Final Fantasy XV is currently scheduled for release on Xbox One and PS4 later this year.