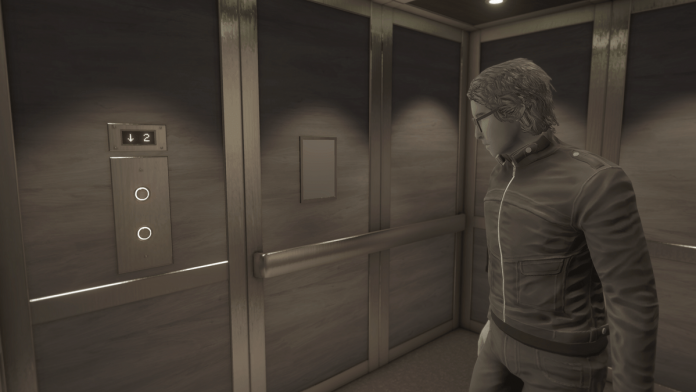 It doesn’t take much to cue the waterworks these days, but Fragments of Him, where a man tries to move on from a relationship shattered by a fatal car accident, hit home hard. […] I had to walk from my desk.
– Giant Bomb

Developed by Sassybot, Fragments of Him is a first person narrative experience that revolves around the tragic death of Will before and after his accident, exploring how he and the accident affected their lives. With a monochrome palette, the game is presented in an almost dreamlike, detached state. It’s a clever design choice as you’ll be witnessing events as if you were the spirit or intellect of certain characters, making decisions and starting actions that move the story forward.

Fragments of Him aims to provide an experience where you feel like a silent witness, whether that be riding alongside Will during a introspective card ride, or sitting across the dining room as someone bursts into tears. It looks to provide a very moving and unique narrative that separates itself by placing you intimately in situations as they play out, giving you unrestricted access to every subtlety that makes up a heart-rending, relatable story.

In an interview with Kotaku one of the game’s creators, Mata Haggis stated that many of the in-game items and locations had been inspired or directly taken from his life. Haggis explained this by saying  he hadn’t lost anyone in the same manner as in the game, but that he wanted to pour as much of his real life experiences into it as possible. He expands on the game’s relatable narrative, “What I wanted to do is show how those experiences of loss, those moments are common,” he goes on to say “So we have characters like Will, who’s a bisexual man, his partner who’s gay, [Will’s ex-girlfriend] Sarah who’s heterosexual, and Will’s grandmother is heterosexual as well. The point of this is not to push out this agenda—that these are things we have to have in there. The point is to show that actually, at times of loss like this, we’re all the same.”

There’s a prototype available to play here and a fully polished experience will be coming to next gen consoles later this year.