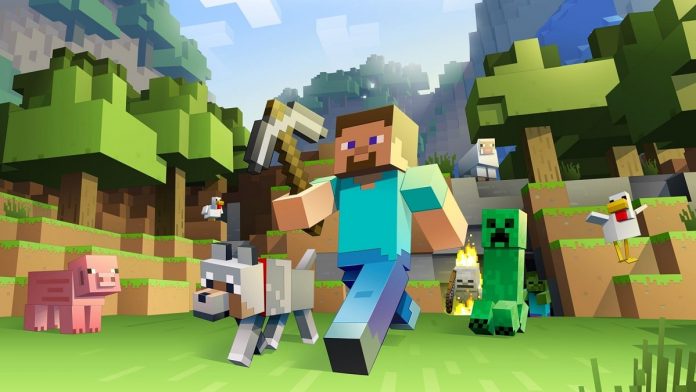 You’ve been secretly filling the underside of his house with TNT. Having placed a lever on the outside, you tell your mate to check it out. A little bewildered he decides to plunge the lever downwards in one fell swoop. Just as it clicks into place, he yells “Not like this!” As the smoke fades a monumental crater lies where his house once stood, but you can’t see it because you’re crying with laughter. Even if you did end up with a detention later that day, it was still worth it.

All joking aside, Minecraft has been used in education for a good number of years and prevents people like me from ruining what’s meant to be a creative and exciting new method of teaching.

Since 2011, MinecraftEDU from TeacherGaming LLC from Finland – a version of Minecraft built especially for the classroom – has found use in  thousands of classrooms in more than 40 countries around the world, all reporting wild success.

There’ll be a forum here which’ll play host to a number of community pages where educators can post lesson plans amongst other resources to draw from. It’ll also include a Minecraft Mentors page where experienced Minecraft educators can teach those who are looking to utilise it in the classroom for the first time.

How does Minecraft fit into education?

“One of the reasons Minecraft fits so well in the classroom is because it’s a common, creative playground,” said Vu Bui, COO of Mojang. “We’ve seen that Minecraft transcends the differences in teaching and learning styles and education systems around the world. It’s an open space where people can come together and build a lesson around nearly anything.”

Here’s the original post for further details on MinecraftEdu and Minecraft: Education Edition.

Minecraft: Education Edition will be available as a free trial this summer. Learn more about MinecraftEdu here.