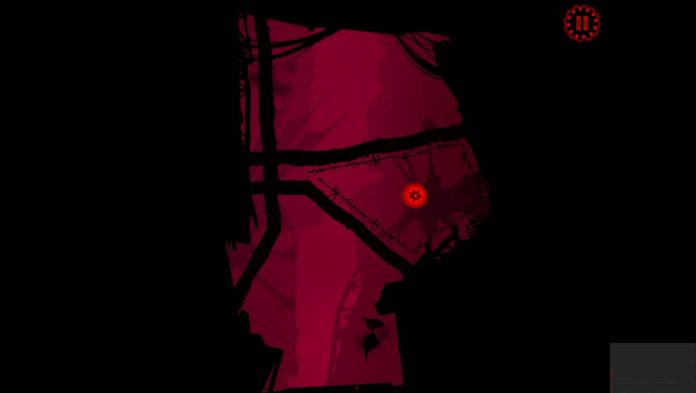 When a game can use a simplistic mechanic and get so much out of it, as well as carving out its own look and feel, it deserves credit.

Red Game Without a Great Name (a unique name for certain) is such a game, delivering an easy to jump into 2D arcade side-scroller where your aim is to get through as many levels as possible utilising the one trick up your sleeve: teleportation.

Red Game Without a Great Name isn’t a “deep” game in that it doesn’t really have a detailed narrative. You play as a mechanical bird who has to deliver some mail in this seemingly dangerous city that has way more sharp spikes than is recommended. The aim is to reach the end of each level successfully without dying, but the game makes no secret of the fact that you will die – a lot. This isn’t a huge problem, as the game’s nature means that it’s more of a casual game that you play when you have half an hour to kill rather than for an extended period of time. However, if you’re going to attempt to pick up all the collectible gears that are spread across each level, then prepare to be frustrated. Whilst the task of collecting them adds a nice incentive and is a great challenge, having to pick them all up again when you die and restart at the beginning of a level is disheartening. My main gripe though, is that at times you’re unsure why this bird is going from point A to point B; a little bit of context to as to why we are going round would have not gone amiss. What it lacks in narrative and context however, it more than makes up for in its amount of challenging content and aesthetic style. 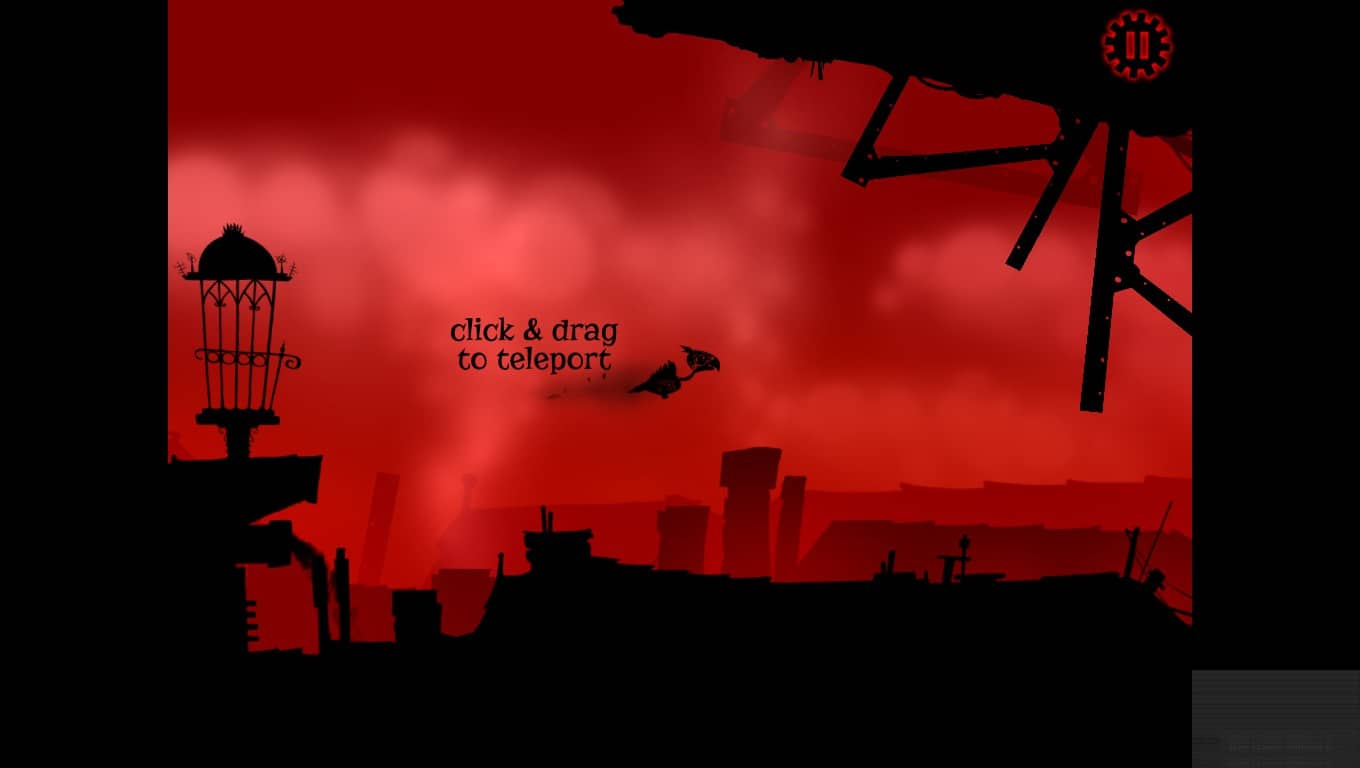 Where Red Game Without a Great Name excels is in its use of the simple mechanic of teleportation. Using a click and drag method you can move around the screen with ease, and the game builds around this method to create its challenges. It is super easy to learn and is the only thing you need to worry about when playing, so you’tr never bogged down in extra mechanics. It’s because of this that Red Game Without A Great Name is easy to get into and very welcoming in the beginning levels. Obviously it gets harder when you progress further, and with 60 levels you are bound to come across one or two that are going to cause you a few problems. That being said, there is a nice and steady difficulty curve that makes progression enjoyable. When a new environmental aspect is added, such as spikes, steam or explosions, it does give a sleek in-game explanation on how it works, thus not disturbing the flow of the gameplay. Also, when you do successfully pull off a teleport combo, it does feel rather good – just make sure to keep concentrating on what’s ahead.

The challenge of Red Game Without A Great Name is that you have to think about different paths and whether you want to pick up the gears en route. As you progress, all of the new mechanics are added onto each other, meaning that the further you get, the more you have to think about. The challenge is further increased in that the bird moves on its own accord, so the teleportation element is designed for you to get out of tight situations. If this wasn’t bad enough, the camera also moves on its own. If you can’t keep up with the camera, then it’s an automatic death for you. The bird moving on its own isn’t a problem, as it is a nice touch that keeps you on your toes, but the moving camera and the death that it brings you if you don’t keep up with it will divide player opinion. It’s not that the game feels cheap, or that the moving camera is unnecessary; it’s more that it’s just confusing as to why you are killed off. If something was chasing you, or there was a certain time limit, it might have made it more clearer, but as it’s just a simple case of you’re off screen, you’re dead, some may feel aggrieved by the mechanic. 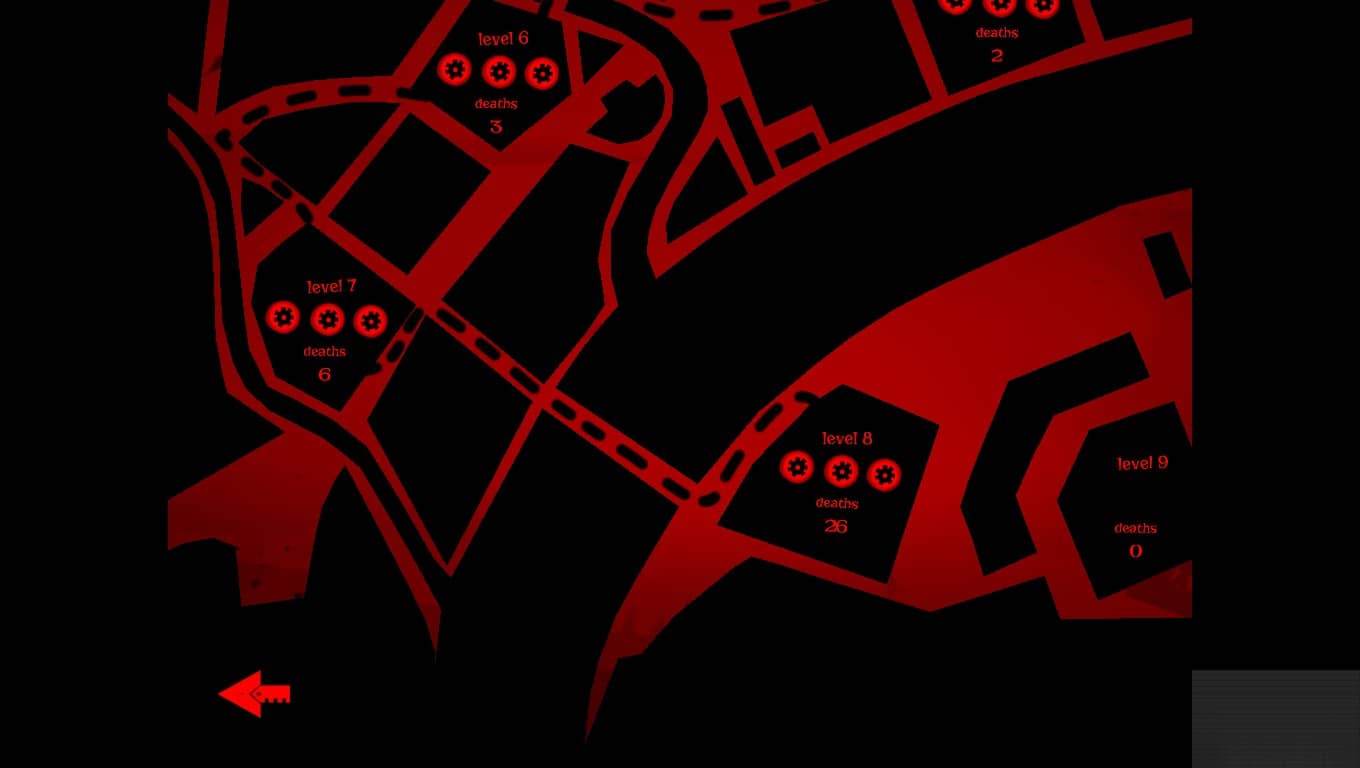 Debatable camera aside, Red Game Without a Great Name has a great ambient style to it. Rolling with a steampunk aesthetic that allows for some awesome background visuals, all spun out of the colour – you guessed it – red; the unique visuals are complemented by a great soundtrack. The electro swing beats will often do the great task of calming you down after a bad level where you died 20 or more times.

Red Game Without A Great Name is a fun single-player game to have around when you have to time to kill and want to face a challenge. With over 60 levels and loads of features, it will more than likely keep you happily entertained for quite a while. Whilst it has a couple of issues that might frustrate some players, its quirky, charming style, and easy to use teleportation mechanic make it a game that generally delights, especially for the low price point of £3.19.

Red Game Without a Great Name is available on PC and PS Vita. We reviewed the PC version of the game.