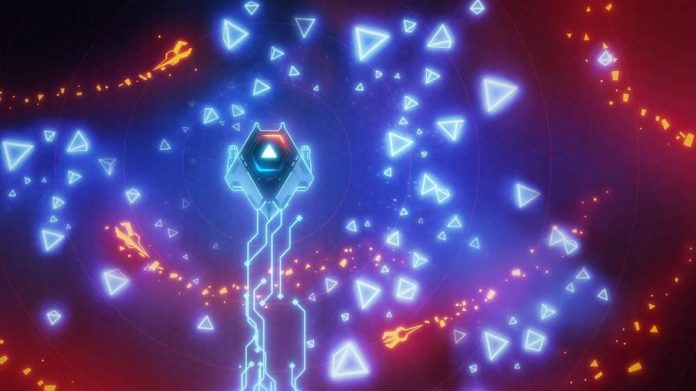 Usually, law enforcement is a process that is conducted with the aim of pacifying the criminal without causing too much of a scene or violence.

Someone seems to have forgotten to press that point upon the AIPD – or Artificial Intelligence Police Department – though, as their brand of justice just seems to be shooting things. Repeatedly. With guns. Really, really big guns. Yes, their perps may be evil Artificial Intelligences, but that doesn’t mean they don’t have feelings, goddamnit!

Developed by new indie studio Blazing Badger based in Germany, AIPD is a twin-stick shooter that boasts up to four player couch co-op gameplay and nearly unlimited replayability thanks to its humungous amount of enemy and arena combinations and permutations. It’s a bold boast, and one that it does indeed follow through on, but unfortunately it’s not enough to stop the game from becoming a stale experience rather quickly.

Essentially AIPD has just one game mode, although there are a few preset variations to give you a slightly different experience. Starting at Wave 1, your aim is to eliminate all the enemies in the spherical arenas you find yourself in, advancing through progressively challenging waves until you meet your demise. At the end of each wave you are presented with a choice of two modifiers that will either make your enemies more of a challenge, or the environment more hostile. With a score boosting multiplier being awarded depending on which modifier you choose, which one will you select? The one that will make your AI busting task much harder but boost your multiplier higher, or the one that will make things just a tad more difficult but award a lower multiplier boost? The choice is yours; but either way you’re not going to be in for an easy ride. 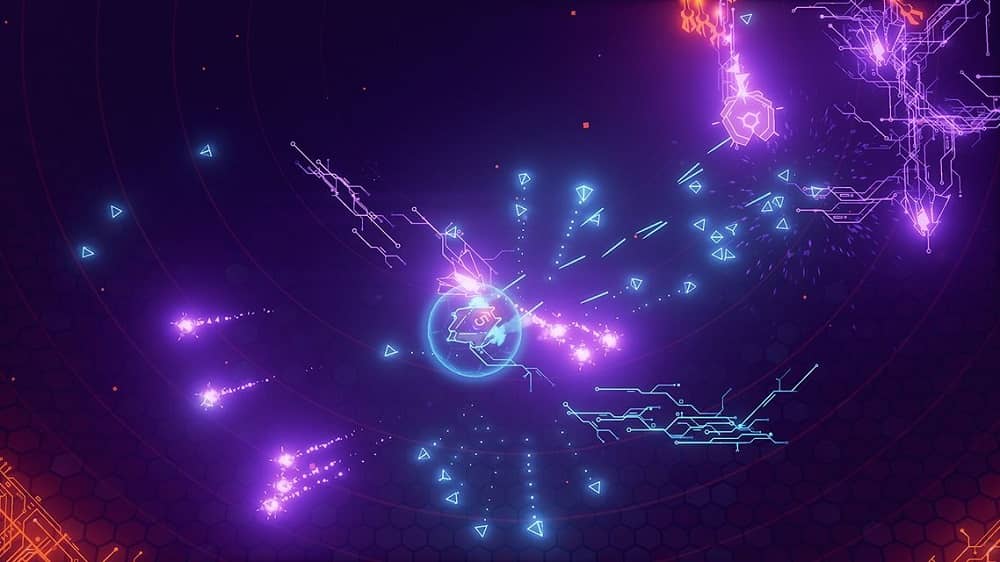 With four difficulty options available right from the start, you’d think that for those new to the game the easy option would offer a nice and gentle experience. It doesn’t. AIPD lulls you into a false sense of security with a few breezy waves, but soon ramps up the action until it’s confusingly chaotic, throwing more and more extravagant waves of its varied enemy types at you with reckless abandon. Also, no matter what difficulty you play on, you only have one life, and with no health pickups available you can soon find yourself at a quick end due to a lapse in concentration. There are a few handy tools up your sleeve to prolong your lifespan though, in the form of numerous pickups and unlockable weapons and ship customisations.

With the main emphasis of the game being placed on score-chasing, presenting leaderboards to you at every opportunity to show you how you stack up with the rest of the world, it won’t take long for you to accumulate the 100,000,000 points required to unlock AIPD’s full bevvy of weapons and ship modifications. In fact, using the game’s design mode, I was able to unlock all it had to offer within 30 minutes by creating a game with all multipliers active on the hardest difficulty. Weapons-wise you eventually have access to the usual shooter affair such as a gatling gun, a shotgun and a laser to name but a few, and they’re all pretty well balanced to make sure that none of them feel particularly overpowered. It’s just a shame you can’t change your weapon whilst you’re playing, as that would have added another dimension to the gameplay as well as allowing you to make use of their unique strengths. To complement your weapon selection, you also have a choice of multiple modifications to your ship. You can choose to emphasise defence or speed for example, or even opt for a mod that automatically activates pickups on collection. Again, each one is useful, but none of them of stand out as being clearly better than the others, meaning any choice is viable depending on your playstyle. 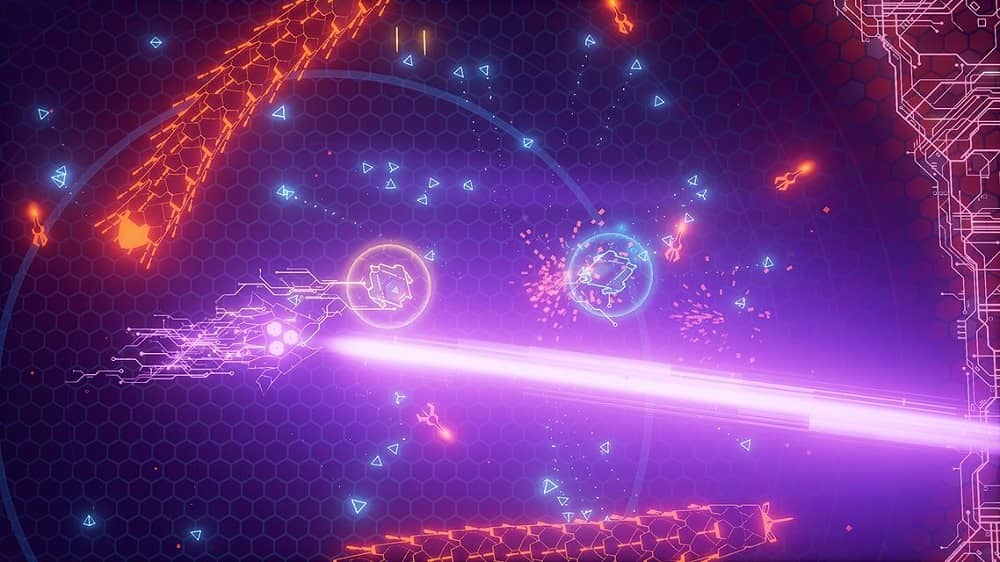 AIPD wouldn’t truly feel like a shooter without a range of pickups, and to its credit is has a total of six on offer: three sub-weapons and three support items. Dropped by defeating certain gargantuan enemies, you’re able to carry one of each type of pickup at any one time, meaning you have to efficiently manage your supply of them if you want to use them effectively. Whilst the sub-weapon pickups don’t impress that much apart from the screen-meltingly destructive superbomb, the support objects are invaluable to your survival, either providing you with a shield, preventing your weapons from overheating, or slowing down time to enable you to masterfully exert your firepower over the arena.

Whilst AIPD generally meets all of the criteria for being a great twin-stick shooter with its colourful neon visuals, plenty of variables and an assortment of weapons and pickups, it unfathomably just fails to impress.  Firstly, the game is just too busy. When played solo it eventually gets hard to see what’s happening amidst the swathe of enemies, bullets and explosions in the suffocatingly tight arenas. With two to four players, it’s just indecipherable bedlam. Secondly, whilst there are some variants of the single game mode on offer and the option to create up to three modes with your own personal selection of modifiers, they just never feel like they change the gameplay enough to give AIPD any lasting appeal. That is of course, unless you are truly into chasing high-scores on the myriad of leaderboards, in which case the repetition probably may not be as much of an issue.

In summary then, AIPD feels just too bewilderingly hectic to be essential. The high difficulty and lack of true variety in game modes combines to create an experience that quickly becomes repetitive once you’ve unlocked all it has to offer. If you need a co-op twin-stick shooter in your life then AIPD will certainly fill the gap. The same applies if you’re the type that derives fun from games by striving for the high score. For those looking for longer–lasting single-player twin-stick thrills however, they’re best off sticking to Tachyon Project or Geometry Wars 3 that offer an unequivocally better experience.

AIPD is available on PS4, Xbox One and PC. We reviewed the Xbox One version.