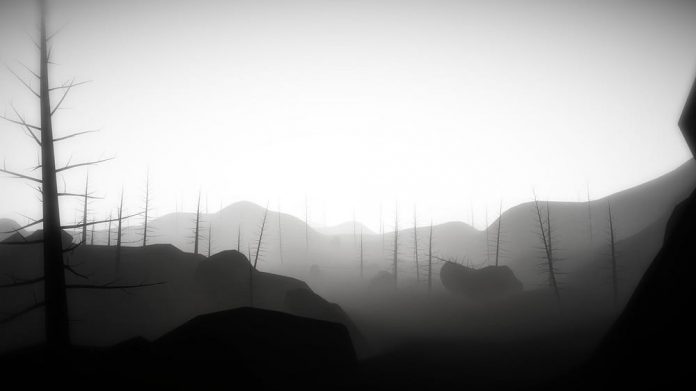 You are faced with two doors.

One leads to death, the other to bacon. The red door proudly claims: “You will choose this door”, while the blue door claims “The door you choose will lead to death”. You know only one of these statements is true. Which door do you choose? The answer, of course, is the blue door. Providing you are a seriously hardcore vegetarian.

Embarrassingly enough, I’m probably the exact target audience for Doors. As an awkward and extremely nerdy teenager I used to become obsessed with working out the answers to riddles, lateral thinking puzzles and logical conundrums. I had books full of the buggers, and would relish in gradually working through them and sharing the highlights with my friends (or “captives” as they must now legally be known). For the most part, this is all Doors really is. It’s a Reader’s Digest pocket puzzle book decked out with arty graphics and absurdist humour – simply a string of logical puzzles built around using clues to calculate which doorway leads to bacon and which to death.

If this is the case, then what is the benefit of purchasing Doors over say, The Mammoth Book of Logical Brain Games? Well, I suppose there is something to be said for actually experiencing the puzzles in interactive 3D environments, and enjoying the Limbo-inspired silhouetted aesthetic. The act of physically walking through a door when you’ve calculated the solution is much more satisfying than casually flicking to the answers page for the hundredth time that day. This does lead to its own set of problems however, as an impatient player could simply keep randomly picking doors and reloading until they stumble across the correct answer. There does, then, require an active participation on the part of the player – you have to want to challenge yourself. An uncomfortable prospect for someone who has been known to enable god mode in children’s games. 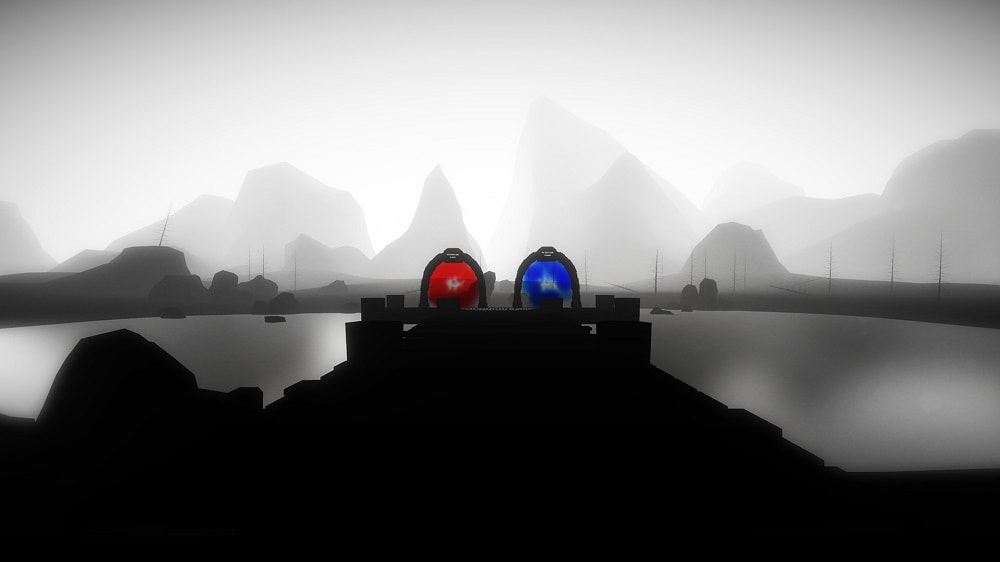 Doors is certainly a project that wears its influences on its sleeve, referencing The Stanley Parable in its Steam description along with Limbo and Portal (presumably to account for its visual style and the promise of delicious food to motivate the completion of its puzzles – THE BACON IS A LIE). The influence of The Stanley Parable becomes very apparent at the midpoint of the game, when we suddenly find ourselves wondering around a deserted office complex dedicated to some ambiguous shady purpose. This is a short section that serves essentially as a glorified corridor connecting the two halves of the puzzle chain, and fits into the general flow of the game about as smoothly as a polo mallet fits into an anus. Taken on its own, the Stanley Parable section is actually pretty good – capturing a tense atmosphere of Orwellian unease and juxtaposing it nicely with the mundane setting and surreal humour. It just feels like it belongs in a different game. Namely The Stanley Parable. I came here to solve puzzles sir, not wander around looking at office memos and trying to work out what the hell I’m meant to be doing. If that’s what I wanted I’d just take another temp job.

It’s in this section that we get or first whiff of plot, which unfortunately only serves as another unnecessary addition to the experience that doesn’t really work. It’s got something to do with a simulation that some sinister corporation is using in order to perform experiments on people – that old chestnut. Walking around the office and reading the creepy notes between staff members was quite tense, but I’m not convinced that anyone would need an entire simulation dedicated to assessing people’s ability to solve logic puzzles. Seriously, somebody needs to introduce these guys to the concept of a written questionnaire.

The game is short. Very short. So short that I could play though the whole thing again right now without causing any serious interruption to the flow of my writing. There, I just played it – and I think I can still get this review done before bedtime. I can understand people getting annoyed with the length but in all fairness it only costs a couple of quid, and if Konami can charge 40 bucks for MGSV: Ground Zeroes then I’ll give this poor guy a pass. 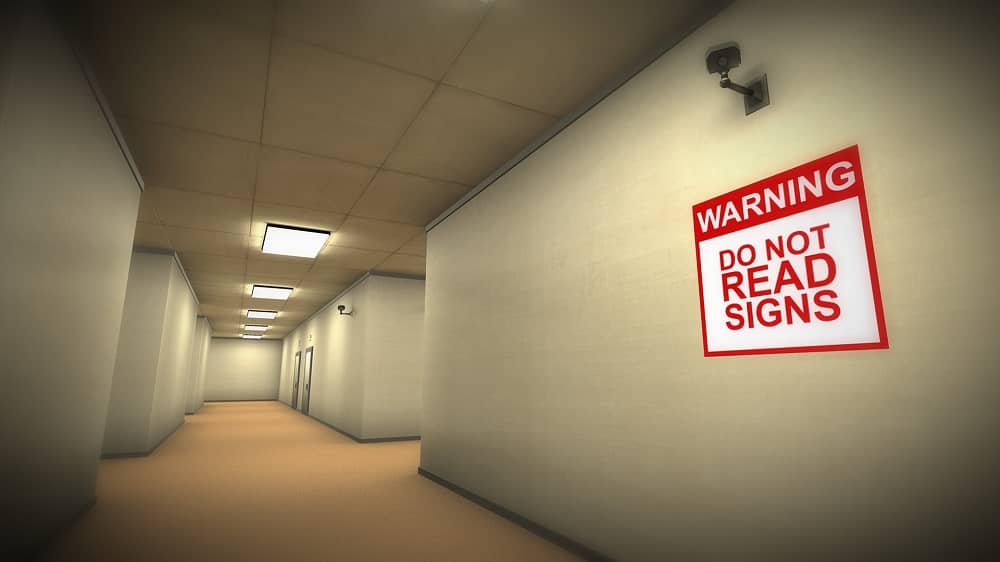 Despite all of its problems, there is still a fun experience to be had with Doors. I may be a freak who actually enjoys doing brainteasers in their spare time, but at its core this game is simply about presenting various mind puzzles in a new and interesting way – something that I found entertaining for the hour or so it provided me. If it were to trim some of the fat and replace it with more of the juicy, meaty substance; there would be a much more coherent whole to appreciate. But in the state it exists at the moment, Doors is just a neat idea full of tonal inconsistencies and empty promises of bacon.

As if bacon is some kind of universal incentive. I’d be much happier with the promise that everyone would stop making “the cake is a lie” jokes.

Doors is available on PC.