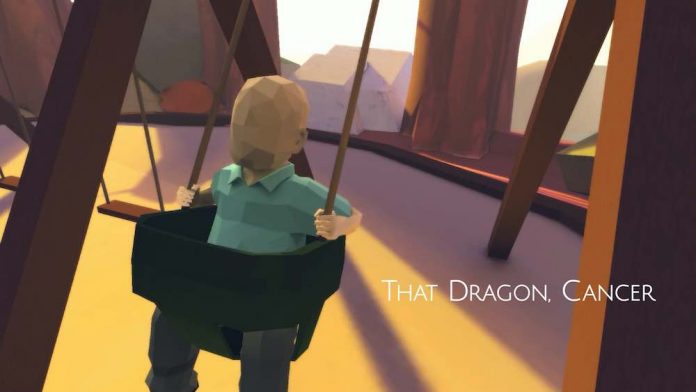 It may not feature a plethora of weapons or epic boss battles against demonic creatures, but it does subtly encounter the biggest boss battle a video game has ever seen: cancer. You might want to build a boat before you play otherwise you might drown in your own tears by the end of the 90 minutes.

The game is a first person point-and-click drama about an infant boy named Joel who is diagnosed with cancer, following him and his family through his four-year battle. Just from the title alone, you know That Dragon, Cancer is going to be an emotional experience; there’s no getting round it. The game was created and narrated by Ryan and Amy Green, Joel’s parents; yes, this game is a true story. Starting as a Kickstarter project, the couple managed to raise over $100,000 for this to project to become a reality, working with a small team under the name of Numinous Games. While the subject of the game seems bleak, it’s actually a really sweet experience that focuses more on the beauty and sanctity of life, as distraught father Ryan narrates the entire game. It’s a strong testament to how very different we all deal with grief, with Ryan and Amy channeling theirs into creative output and ending up with a very unique and moving testament to Joel’s short life. I think the experience differs depending on personal experiences or knowledge in accordance to the disease, but to anyone with a heart, it feels like a test on how far into the game you can get before you’re curled up on the floor crying.

Despite That Dragon, Cancer being classed as a “game”, it doesn’t require much playing. You can’t lose lives, you can’t do something wrong and there’s no time limit. The story just bases itself around making life better for Joel. You don’t “play” any particular character as much as you observe through the eyes of several characters. The art design is gorgeous with some minimalist influences combined with a good amount of surrealism, featuring no graphics-heavy gameplay but its simplicity is what makes it effective; none of the characters have faces and none of them move in view of the player. Despite its simplicity, the game does combine beautifully-made fantastical segments featuring Joel in a wide range of scenarios, from riding celestial animals to floating through the sky with balloons. There is no better reward than making Joel clap and laugh when the player does something to please him. 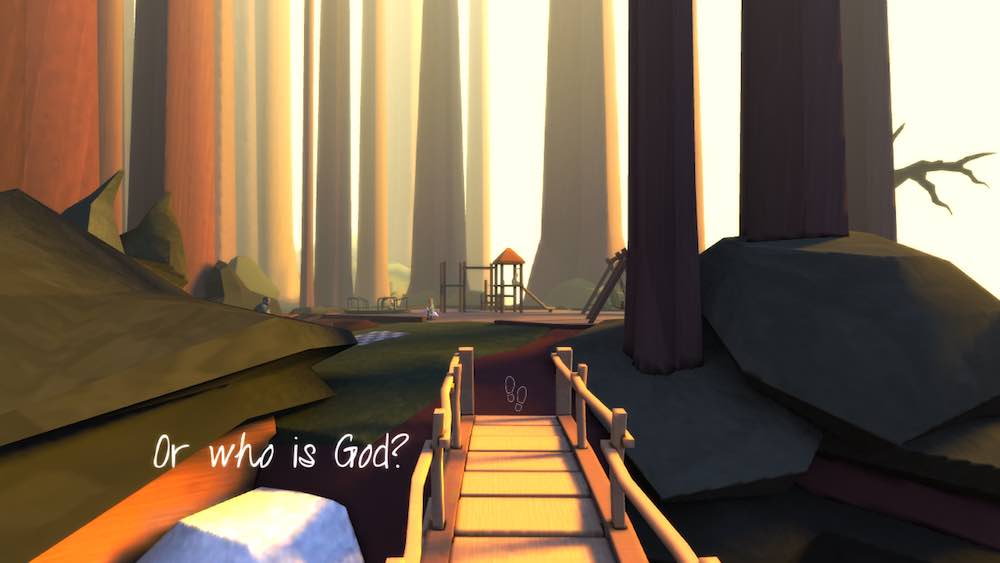 That Dragon, Cancer is well written and the voice acting is phenomenal; you can hear the power and desperation in the narrators’ voices and the story unfolds perfectly, over a brief runtime of about 90 minutes. Of course, as the subject matter at hand may suggest, the game features its fair amount of distressing scenes but it mostly portrays these through audio effects, making it quite disturbing to the ears and heart-wrenching for the player. It also uses many metaphoric visuals to portray what a particular emotion feels like on an exaggerated level; for example, there are a lot of scenes of water and ideas of storms and drowning. The soundtrack is just like the rest of the game; beautiful. Most of the pieces are very minor tone and are sometimes quite minimalistic, featuring just a piano and maybe some string sections along the way, though the game does break out in full orchestra every so often with some powerful pieces that evoke feelings of hope – but it also makes you fear for what downfall might happen next.

While That Dragon, Cancer is quite niche and definitely isn’t everyone’s cup of tea, I’d strongly advise anyone to at least have a go at it. It’s easy to play and understand, it’s visually striking, and it’ll tear your heart out and throw it away without remorse. More importantly, it’s an honest game with real emotions laid bare for all to witness; there’s no sugar-coating here. The whole experience is a father’s love letter to his sick son and it really is something else, in terms of gaming. It’s practically impossible to compare to any other gaming experience that’s come before it, because it expands the boundaries of what peoples’ idea of video games are; they’re not just sadistic shoot ‘em ups or mind-numbing ridiculousness. Sometimes they’re real life; they’re heartbreaking and devastating. If for no other reason than that, That Dragon, Cancer deserves your attention.

That Dragon, Cancer is available on PC.