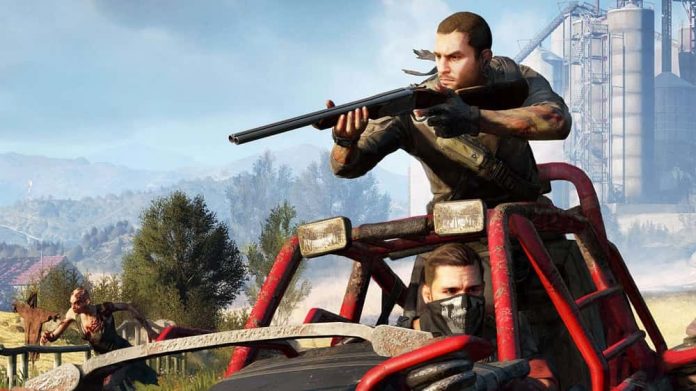 Fans of the original game will not be disappointed by Dying Light: The Following – Enhanced Edition, Techland’s latest addition to 2015’s zombie-killing epic. Now improved with crossbows, dune buggies and vast new landscapes in which to smash, crash and slide into zombies, what’s not to love?

Players who are new to the Dying Light world are in for a treat. Using a first-person perspective, fast-paced parkour travel and a terrifying change in gameplay after dark, this is one of the most immersive and enjoyable zombie games around right now. To get a more in-depth view of the original game, you can read GameSpew’s review here.

Now, I hear you. Everyone is re-releasing games these days. Why should you go out and buy the same old game for some extra bells and whistles? The answer? Content. So much new content.

The Enhanced Edition does exactly what it says on the tin: visuals are even crisper (I don’t even know how, but Techland found a way), enemy AIs are more intelligent and annoying than ever before and there’s a new “Nightmare” difficulty setting for players who are master slayers/gluttons for punishment. It’s the same game that you loved the first time round, but tweaked in almost every way possible to make the experience even better. If you already own the original game, then the Enhanced Edition comes as a free update, so it’s well worth a download if you loved playing Dying Light the first time round and want to relive your zombie-killing adventures in an even prettier environment.

However, brand new content in the form of The Following is where things get really interesting.  The Following is actually much bigger than the original campaign, technically doubling the size of the game with a new map that spans more ground than Dying Light originally did – which really is saying something. For many players, this haul of additional content may well make up for the anti-climactic boss fights in the original game. It boasts new skill trees in the form of the driving and trust ranks (which are vital to unlocking new missions), and bigger bad guys with enhanced cognitive and problem-solving abilities. 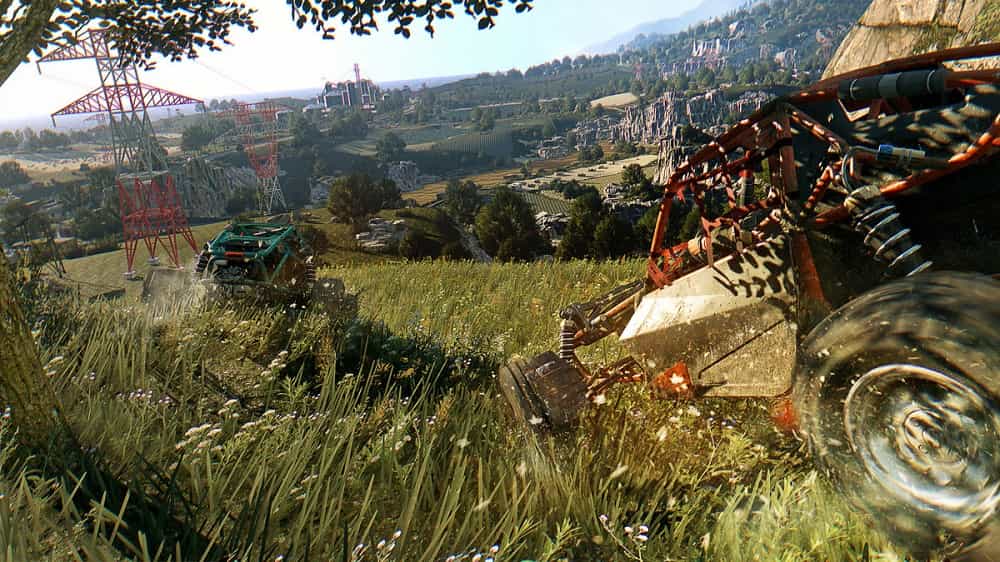 For those that have played Dying Light previously, you can transfer your character’s skills and progress from the main game. You can also start over from scratch if you’re yet to play Dying Light at all (or just fancy a fresh start), although it’s recommended that you are at least level 12 before beginning. However, if you’re feeling brave, you can jump right in once you’ve completed the main game’s prologue.

Acting as an almost sequel to the main campaign, Dying Light: The Following joins the familiar protagonist Kyle Crane as he ventures outside of Harran for the first time since a zombie outbreak plunged the city into quarantine. Low on infection-fighting medication, Crane decides to investigate the ramblings of a delusional dying man who claims that there is a way out of Harran. This stranger adds to the intrigue even further by pointing you towards a group who are claim to be immune to the virus, and believes that a living god of sorts, known as “The Mother”, is responsible.

Right from the start, Techland shows that they mean business. Your introduction to the world outside of Harran involves climbing to dizzying heights in the mountains, only to dive head-first into a crystal-blue river. It’s mind-blowingly beautiful. This new environment couldn’t be more different from your previous surroundings. While Harran was a feast for the eyes, it was cold and concrete. The expansion presents a glorious, yet borderline comical, view of the countryside. The sun is shining, the air is calm and the fields are abundant with… dead people. Lots and lots of dead people.

Although Dying Light had its fair share of non-zombified baddies, you find that more often than not, you’re plagued by humans in The Following. They’re smarter and faster than their undead counterparts, and usually have guns, so make sure you’re well stocked up with ammo. That said, the zombies make sure they’re not forgotten either, and bring their A-game in the new add-on. The range of enemies is more diverse than ever, and ensures that gameplay continues to be surprising. You’ll get to enjoy hives of the undead trawling the countryside, and caves full of night crawlers and behemoths. The Behemoths, however, are where the real fun’s at. They’re so powerful that you’re advised to avoid fighting them one-on-one, so take advantage of the drop-in co-op mode and grab up to four friends to take these guys down. 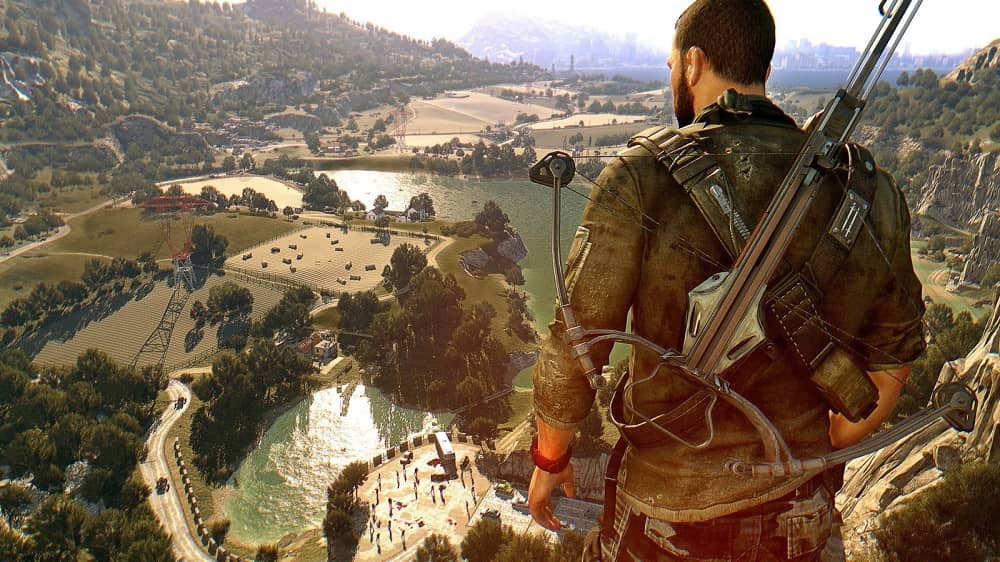 When I first heard that The Following was adding vehicles and the ability to drive between locations, I was apprehensive. Sure, the thought of being able to pimp out your ride with scavenged parts is a cool feature, but for me, the fact that you could only travel on foot is what made Dying Light so horrifying in the first place. If you needed to venture into infected territory, you had no choice but to take the risk, armed with only your stamina and a great weapon, if you were lucky. There was no safety net if you messed up. However, Techland have been smart. They’ve expertly made up for a potential absence of thrills by making driving really, really fun. Remember when you mindlessly ran over throngs of pedestrians on GTA “just because”? Now you can do that with zombies! What’s more, because the new map is so large, jumping in your buggy is realistically the only way to get from A to B without losing your mind from boredom.

It’s still hard to stay alive, even within the safety of the buggy. Although you can upgrade it to make it quicker and more robust, it won’t stop enemies from jumping on the hood of your vehicle and swiping at you. The first person perspective of the game helps to make this a thrilling spectacle – especially if you’re driving at ridiculous speeds.

Sadly, The Following falls at the same hurdle that plagued the original campaign: story. While initially it’s intriguing, the primary story is generic and relies on old stereotypes, making it difficult to invest in the central characters. More often than not, the random NPCs that you come across and side missions are actually more compelling than the main campaign. While this is disappointing for gamers who love immersing themselves in a narrative, it’s not the end of the world; the gameplay is so immersive that it’s easy to forgive the sub-par story.

Dying Light: The Following – Enhanced Edition is a great addition to an already superb game. If you like to lose yourself in a story, it won’t happen here, but the game’s mechanics are quite frankly awesome, and combined with stellar graphics, exhilarating gameplay and a massive amount of content, there’s little reason not to jump right in. Dying Light: The Following is well worth a buy if you found yourself yearning for more after the original, and are happy to sacrifice a meaty narrative for genuinely challenging, intuitive gameplay and exciting side missions.

Dying Light: The Following – Enhanced Edition is available on PS4, Xbox One and PC. We reviewed the PS4 version.