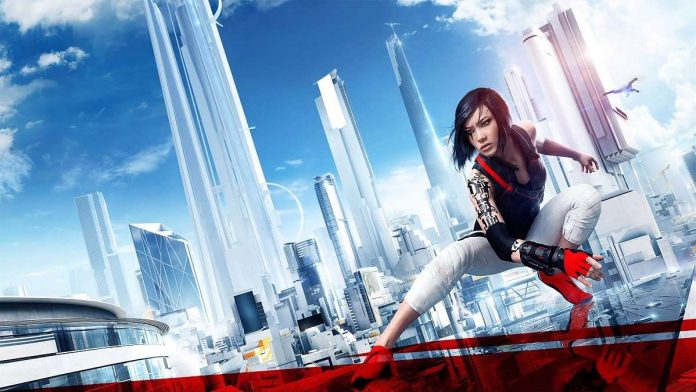 In this brand new story trailer for Mirror’s Edge Catalyst, we’re not just baring witness to some hardcore parkour. We get a glimpse into the story behind the much anticipated sequel to Mirror’s Edge and are introduced to some of the characters that’ll define Faith’s progression through the game.

Faith’s the main protagonist and one of the best Runners in the city of Glass. She inevitably crosses paths with villain Gabriel Kruger who’s head of evil the Conglomerate organisation. From the trailer it seems that Kruger has a great deal of power within the city and is able to carry out acts of wanton terrorism whenever he sees fit. It so happens that Faith has stolen something of great value to Kruger, even though she’s just been released from prison. Meaning that Kruger is out to punish and hunt down the Runners that inhabit the city of Glass; the circle Faith belongs to. Faith then finds herself embroiled in a fight for both the city as well as herself, with the help from other Runners and a few other faces too.

For more details on the story behind Mirror’s Edge and why we love it at GameSpew, take a look here.