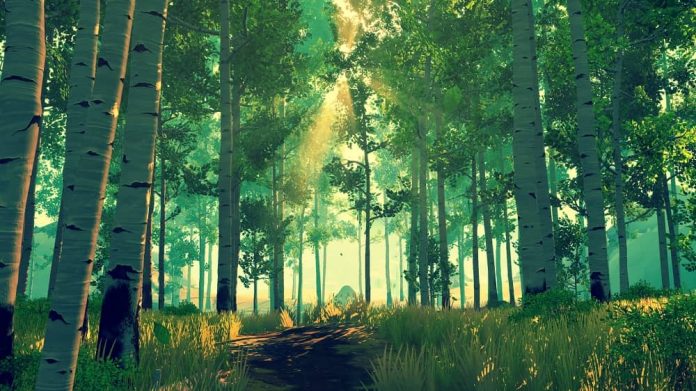 Upon receiving Firewatch and opening it up, my first impression was obviously: “Wow, this is beautiful,” only… not quite that calm.

Replace the genteel of the words with capital letters and exclamation marks and you’re half-way to what my actual reaction was an hour in. But then, if you know my work, you know there’s nothing I love more than game art of all kinds and a decent script. Ding-ding! Firewatch had me at hello.

After its first announcement in March 2014, Firewatch has been a game eagerly anticipated by many. Developed by the San Francisco-based Campo Santo, Firewatch appeared again at E3 2015 where an interview with the founders of the company (and ex-creative leads on Telltale Games’ The Walking Dead) gave us more insight as to what the real focus of the game was and got me excited; really excited. Not just for its visuals, but also for the promise of quality from the talented duo and their work with Nels Anderson (Mark of the Ninja, Gone Home), Olly Moss (a highly talented British illustrator) and Jane Ng (an incredible environmental artist) – to name a few.

Firewatch is a first-person exploration/adventure game. It takes place in 1989 where our protagonist, Henry, has taken up secluded job in the Wyoming wilderness as a Firewatcher; though it’s the beginning of the story that surprised me the most. The game’s announcement trailer and clips of play made it seem comical and witty and it was, mostly. But when you start up the game, you go through a short, choice-oriented patch of dialog that cleverly explains why Henry chose to retreat to a place of almost complete isolation that summer. The only other person you talk to is Delilah, our somewhat inappropriate, mildly sexually-aggressive boss.

The look of this game is nothing short of stunning. Similar to the recently-released The Witness, and the still-in-early-access Kôna, an exploration game is nothing if it falls flat with its environment, but there’s no danger of that with Firewatch. Each detail is carefully designed and thought out with a charming feel to it overall. The designer’s use of colour and texture not only makes it look good, but also somehow manages to affect the player’s emotional state toward certain parts of the game. For example, its contrast of oranges, browns, and dry-grass green almost helps us to feel how warm it is compared to the stark, velvet-black nights.

It’s a fairly short game which, though it’s saddening, is ultimately smart of Campo Santo, as exploration games – especially in the indie genre – can dry up quickly if they go on for too long. It runs at just over five hours and takes place over the course of a single, blazingly-hot summer. In order to navigate the area, I also love that you’re not babied with mini-maps or glaringly-pointed directions. Instead you’re given a compass and a map that you can update and unlock areas of as you progress. Of course, I got lost a lot but it was more fun than just being shown the way. 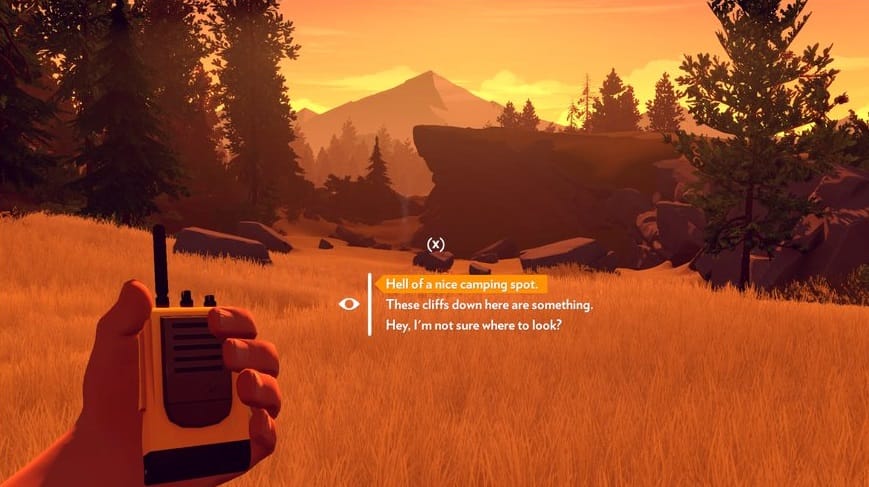 Another thing that drew me in instantly about Firewatch was its script and use of dialogue. Now, for those who don’t know me: I’m a 20-something, British female who responds to dry humour and sarcasm like a dog to a 30-day aged steak. I need it; it makes up a solid 80 percent of my humour, and Henry can be pretty salty if he wants to be. After researching into Campo Santo once I’d finished my play-through, the dialogue choices that the game offers now make more sense. Given their history with The Walking Dead, the use of multi-choice answers give the players more freedom to choose what kind of guy they want Henry to be. I went down the “I’m fairly dry but ultimately a good guy” direction, whilst otherwise you can choose to be as chatty or reserved as you’d like to be with Delilah throughout when given the choice.

This brings me on to the story on the whole. Like I’d stated previously, I was quite surprised by how deep some points were with Henry’s personal history. Again, your choices of what to share and how to answer Delilah’s questions seemed to alter how Henry is received. Considering Firewatch is such a short game, it really drew me in to my relationship with Delilah, and sometimes made me question my own sanity. While I loved the fact I never physically interacted with anyone throughout the game, I must admit I was a little disappointed overall with the bones and climax of the main story. From the way we were being fed information and led to believe that we were really about to be in deep, deep trouble, there came a point where it just finished… and that was that. Like all of the suspense of the story, a piece of taught string, was suddenly cut with a pair of scissors. It left me going “…Oh” instead of “Woah!”. But then, when you have no interaction with anyone in the whole game, it’s really quite difficult to pull everything together without jeopardising what the overall focus was.

Where performance is concerned, Firewatch ran like a dream most of the time. The one thing I did notice, however, is following an update on 6 February, the audio clipped in my game. I don’t know if it was a result of the update or perhaps it’s just how it was from that point onward but it was very frustrating, especially when the music came in at certain periods. Rather than being immersed in the story and environment I just kept picking up on each pop and crackle at the end of each sentence. I’d also experienced a crash about four hours in – but that one may have been my fault. During a patch of dialogue I ran from a certain site back toward my camp, and managed to get a fair way before the game froze and ultimately died. Following a hasty reset, the auto-saves are frequent enough for it not to be a bother at all, and we were off once more, standing still this time until the end of the scene.

One final thing I’ll mention quickly is its camera function. About an hour in, you’ll come across a backpack and get a single-use camera that you can use to take photos throughout the game. Bear in mind this does absolutely nothing for the game’s progression. It’s just a bit of fun and should be used as such. Now I’ve got a beautiful photo I took from the game as my desktop background and several others saved alongside it for when it’s time for a change. Campo Santo offers the photos at the end of the game with free downloads of your pictures, or you can pay a little bit toward getting physical copies developed and sent to you with free shipping, thank you very much. It should be noted that whilst the PlayStation 4 version contains the camera which can still be used throughout the game, Campo Santo don’t offer the same download or purchase options.

Firewatch may not be a game for everyone. If you’re a gamer who like nothing other than super-active games like Battlefront and Grand Theft Auto and… well… anything action oriented, this may not appeal to your personal tastes. Firewatch is something unique. It’s beautiful, engaging, and a little bit heart-wrenching at times. Ultimately, it gives us a wonderful experience that makes us want to climb through the screen, lie down in the grass and feel the serenity of that Wyoming wilderness, if only to escape life’s harsh realities for five hours.

Firewatch is available on PC and PlayStation 4. We reviewed the PC version of the game. 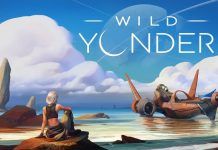